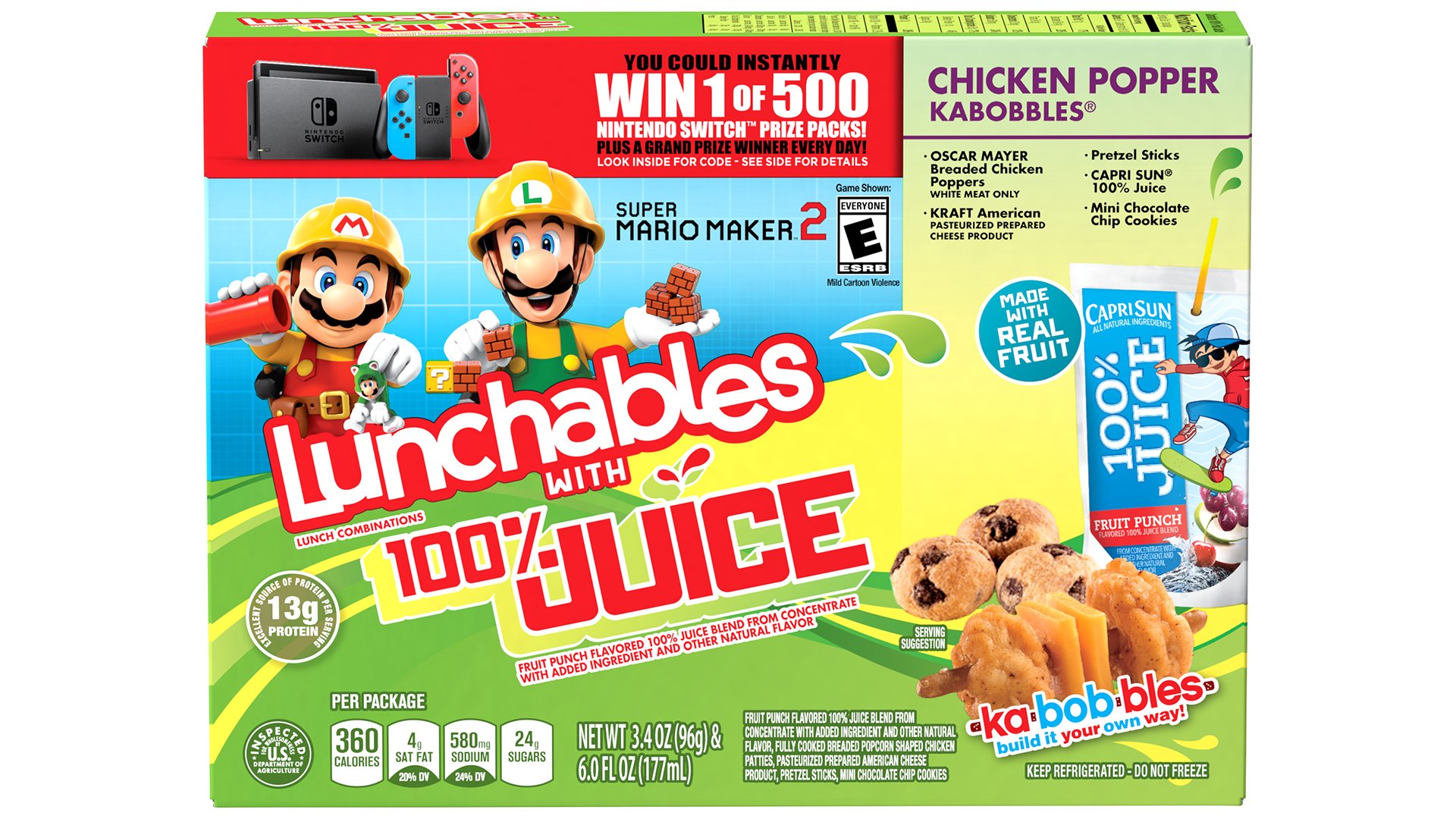 As we reach the end of the back-to-school season, Nintendo partnered with Lunchables to release a series of specially-marked Lunchables boxes that will feature characters from some of Nintendo’s popular Switch games, including Super Mario Maker 2, Yoshi’s Crafted World, Mario Kart 8 Deluxe, Pokemon Sword, and Pokemon Shield.

From September 1 to November 30, the promotion will allow users to redeem the My Nintendo code on each specially-marked Lunchables box for a chance to win 100 Platinum Points or a “prize package.” You’ll need to have a valid Nintendo account to receive the Platinum Points.

The Platinum Points can be redeemed for items like “digital placemat activity sheets, name tags or other fun Nintendo-themed rewards.”

Of course, simply purchasing some Lunchables isn’t a guarantee that your family will win one of the Switch prize packages, but if your family is already in the habit of buying Lunchables, it’s a cool promotion to watch out for this fall.