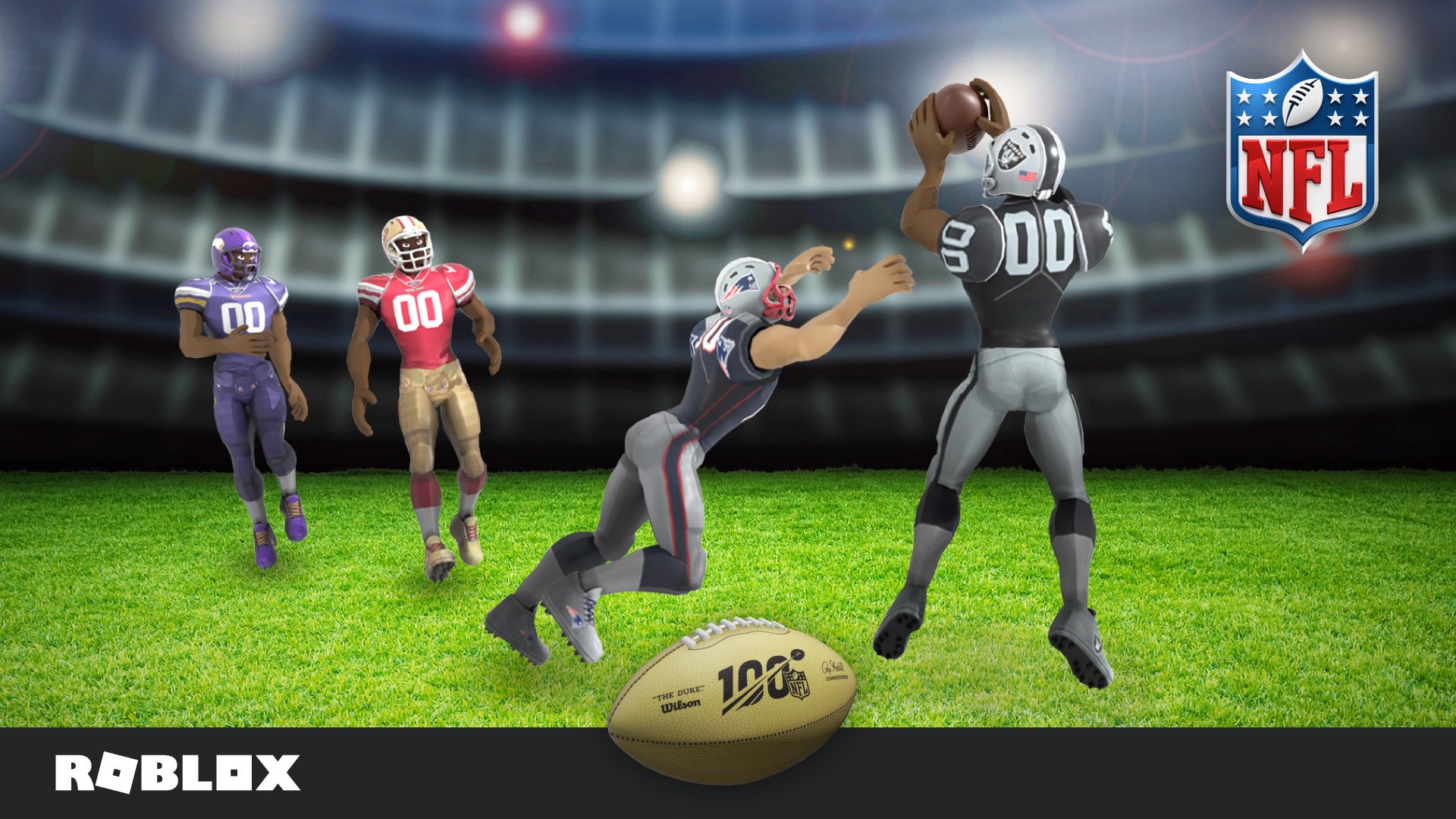 In honor of the 100th season of the National Football League (NFL), social gaming platform Roblox has one again partnered with the NFL to let Roblox players show support for their favorite team via free digital items. (Last year, Roblox and the NFL teamed up to give players digital NFL football helmets.)

From now until September 16, players can dress their Roblox avatar with uniforms representing all 32 NFL teams, as well as unlock five new themed emotes (animations) for their avatar. These items can be unlocked by visiting the Roblox Catalog.

In addition, a Roblox promo code will be revealed “during an upcoming segment on the NFL Network,” which players can redeem to unlock a golden football item for their account.

In a press release, Craig Donato, chief business officer at Roblox, commented on this partnership:

“The exclusive NFL helmets were a huge hit last year, and now Roblox players will show their spirit from head to toe. With more than 100 million players on our platform, we'll see every one of the 32 NFL franchise teams represented, and no doubt a few creative celebration moves as players check out the new custom emotes.”

"Our partnership with Roblox is invaluable, and continues to provide the NFL with a unique opportunity to connect with younger fans in an authentic and engaging fashion. With our 100th season approaching, we’re focused on celebrating fans' love of football across generations."

Are you excited about this NFL promotion in Roblox? Let us know in the comments, or tweet us @superparenthq.