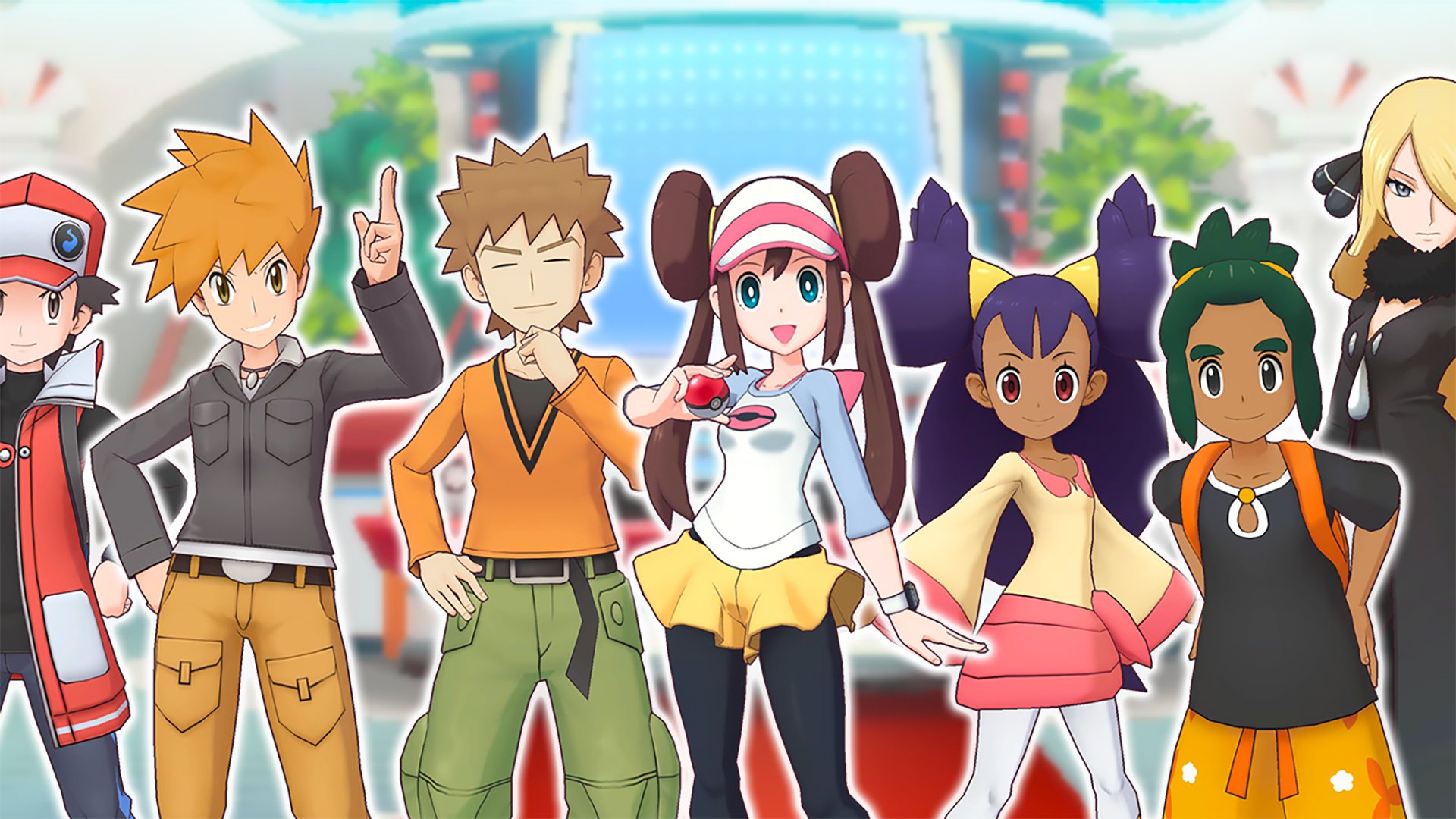 Pokemon Masters is a strategy game on mobile devices, which allows players to become a Pokemon trainer and travel to the island of Pasio, home of the Pokemon Masters League (PML) tournament.

Players will team up with a variety of “Sync Pairs” -- trainers and their partner Pokemon -- to create a lineup that they can take into three-on-three battles. The game features 65 Sync Pairs at launch, allowing players to run into many familiar faces from the Pokemon universe, starting with Misty and Brock, along with their partner Pokemon Starmie and Onyx, respectively. Your own partner Pokemon is Pikachu.

The game’s battles take place in real time. During single-player battles, players can control all three Sync Pairs on their team by tapping on each pair’s icon at the bottom of the screen to switch between them. You’ll need to spend move points to attack, with these move points recharging automatically during battle. Some moves require more points to trigger than others. As battles progress, you’ll eventually unlock the ability to unleash a powerful Sync move with a chosen Sync Pair to damage the opponent.

In addition to single-player battles, you can team up with two other trainers from around the world to compete against computer-controlled teams in a cooperative mode.

The game’s single-player mode is split into different story chapters. Some of these contain battles to complete, while others are just cutscenes that move the story along. While there is some voice acting throughout Pokemon Masters, the majority of the dialogue is presented through text, so younger players may need help following along with the action.

As players progress, they’ll recruit additional Sync Pairs for their overall team, and they can choose which three Sync Pairs to take into each battle. Since Pokemon have different “types” (for instance, Water-type and Electric-type), they’ll need to strategically form a team that can take on different types of opponents.

Over time, Sync Pairs will level up and become stronger, and players will also be able to evolve partner Pokemon, if they have evolutions available (not all Pokemon evolve).

While Pokemon Masters is free-to-play, it does contain multiple (optional) ways to spend Gems, the game’s premium currency (real money). For instance, players can spend Gems to instantly recruit a new Sync Pair to their team.

If you plan on spending money in the game (or allowing your little ones to), you can turn on optional “Spending Notifications” that will cause the game to notify you each time a certain number of Gems are purchased in a single month (starting with 3,000 and increasing from there). Remember, you can also change your device settings to prevent littles from making purchases without your consent.

Pokemon Masters is available to download for free on iOS and Android devices. The game is rated 4+ on iOS and E for Everyone on Android.

Check out the first 15 minutes of Pokemon Masters in our SuperParent First Look below to see the game’s real-time battles in action.