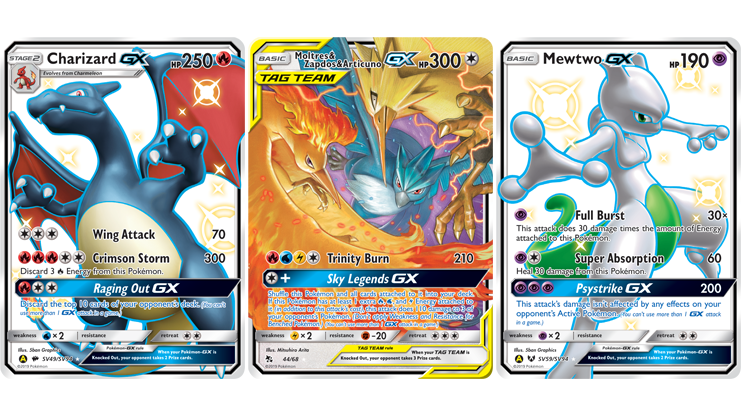 It’s been a big summer for the Pokemon Trading Card Game (TCG), with multiple expansions being released over the past few months (like Unified Minds and a set based on the Pokemon Detective Pikachu film).

Now, we have new details about the game’s next expansion, called Hidden Fates.

Instead of the entire expansion launching at once, products in the Hidden Fates line will roll out gradually over the next few months, beginning with a Hidden Fates Pin Collection that’s available now. It contains one foil promo card featuring either Mewtwo or Mew, a pin of that Pokemon, and three Hidden Fates booster packs.

Next, on September 6, three Hidden Fates tins will be released featuring Charizard-GX, Gyarados-GX, or Raichu-GX (depending on the tin you purchase). Each tin will include a foil Pokemon-GX card and four Hidden Fates booster packs.

Once these cards have been released, they’ll all be available to view in the Pokemon TCG Card Dex app on mobile devices. You can also browse the cards in this expansion right now on the Pokemon TCG website.