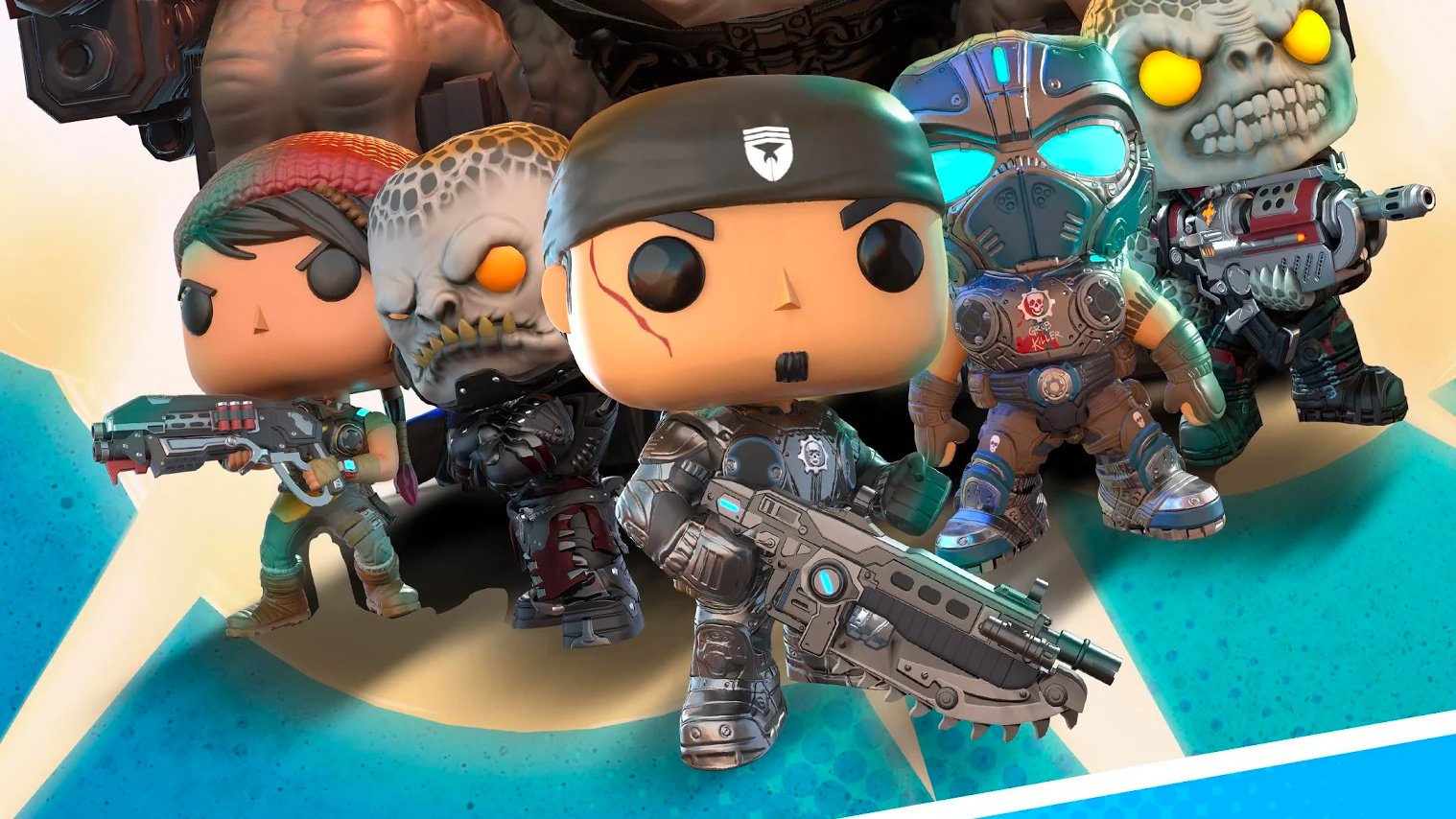 Gears POP is a free game on iOS, Android, and PC set in the popular Gears of War franchise. While Gears of War games are rated Mature due to their violence and gore, Gears POP strips away the violent content and replaces it with humor, with all of the characters being tiny versions of Funko’s vinyl Pop figures.

The gameplay in Gears POP is similar to that of Supercell’s Clash Royale. You’ll go head-to-head against other real players in timed matches, with the goal being to destroy the opponent’s base on the opposite end of the battlefield (the top of your device’s screen) before they can destroy yours.

To do this, you’ll deploy a variety of human and Locust units onto the field, which will automatically attack enemies and advance toward the enemy base. Each unit has a different specialty. Some will take cover behind the cover locations on the battlefield, while others will charge straight ahead. Some units can toss grenades, while others use traditional guns, and so on. Each unit costs a certain amount of power points to deploy, with these points recharging automatically as the battle progresses.

Battles end when one base is completing destroyed or when time runs out. A base is comprised of two large turrets and the opposing player’s avatar, which is stationed behind cover. When one of the turrets is eliminated, players earn a victory point. This means you don’t need to completely destroy a base to actually win a match, so long as you have more victory points at the end.

You can also customize the look of your own Funko Pop avatar in between matches.

In addition to battling against other real players in standard Versus matches, players can complete single-player Boot Camp missions to earn in-game rewards, and complete Practice matches to test new strategies. Finally, once players reach Level 2 in the game, they’ll unlock cooperative battles in the game’s Horde mode.

Gears POP is available to download for free on iOS, Android, and PC. The game is rated 12+ on iOS and E10+ for Everyone 10+ on Android and PC. While the game is about defeating the enemy in combat, the graphics are fairly tame, with no blood or realistic violence. When a unit is defeated, it turns into a coin or disc of sorts, so you don’t see any fallen bodies. If players take out the enemy’s avatar, its vinyl head will pop off in an amusing animation.

Check out 11 minutes of Gears POP gameplay in our SuperParent First Look below.