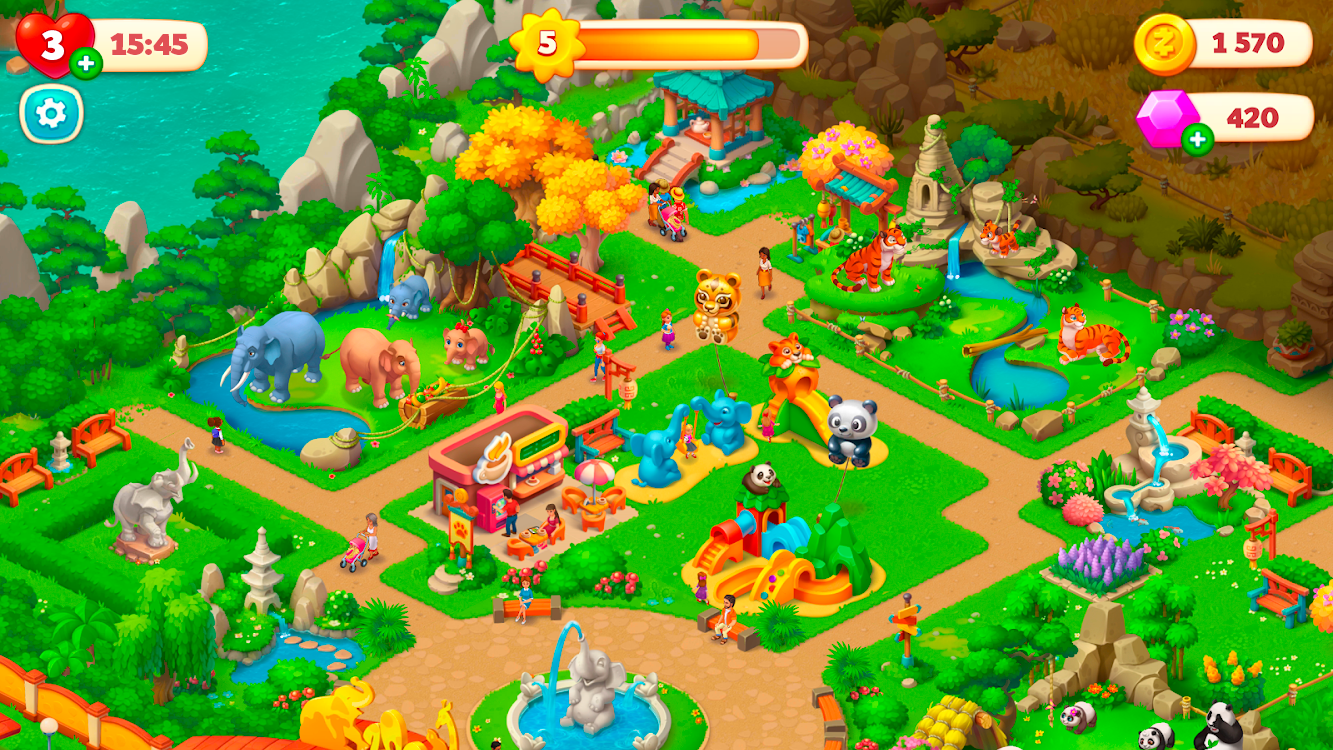 Update (08/16/19): We incorrectly stated that the number of stars players earn on a stage is deteremined by how many moves they had left upon completing it, when in actuality, the number of stars is determined by the player's performance during a level. We've updated our post to reflect the correct information.

Wildscapes is a match-three puzzle game on iOS, Android, and Amazon devices that allows players to build their own zoo full of adorable animals. The game was made by Playrix, the company behind Gardenscapes and Homescapes, two other popular mobile puzzle games.

While the gameplay in Wildscapes is similar to that of Gardenscapes and Homescapes, its theme may be more interesting to younger players. That is, while restoring a neglected garden (Gardenscapes) or remodeling a mansion (Homescapes) may not interest some kiddos, building a zoo with lots of cute animals might.

In each level of Wildscapes, players must complete a variety of goals before running out of moves by swapping the locations of touching symbols to create lines of three or more matching shapes (or matches in the shape of a T, L, or 2x2 square). When players make special matches (like those T- and L-shaped ones), they’ll cause power-ups to appear on the board that can help them complete the current level.

Premium boosters are also available that can help players finish tricky stages. You’ll receive some of these boosters for free to try them out, but you can purchase more with premium currency (real money). Some premium currency is also given away for free as you progress.

As players complete stages, they’ll earn coins that can be spent on improvements for the zoo. This includes purchasing the actual animals for the different habitats (players start with a giant panda enclosure), as well as purchasing restaurants, decorations, and other attractions for visitors to enjoy.

You’ll also earn up to three stars on each stage, depending on your performance during the level. When collected in bulk, stars are used to open special treasure chests that may contain rewards like premium currency and boosters.

Wildscapes is available to download for free on iOS, Android, and Amazon devices. The game is rated 4+ on iOS and E for Everyone on Android. It has a “Guidance Suggested” rating on Amazon, which is one level above the platform’s “All Ages” rating. While the gameplay is thematically appropriate for kids, the game’s storyline plays out through text, so younger kiddos may need help understanding how to play.

Check out the first eight minutes of Wildscapes in our SuperParent First Look below to see if this ia game your family would enjoy.