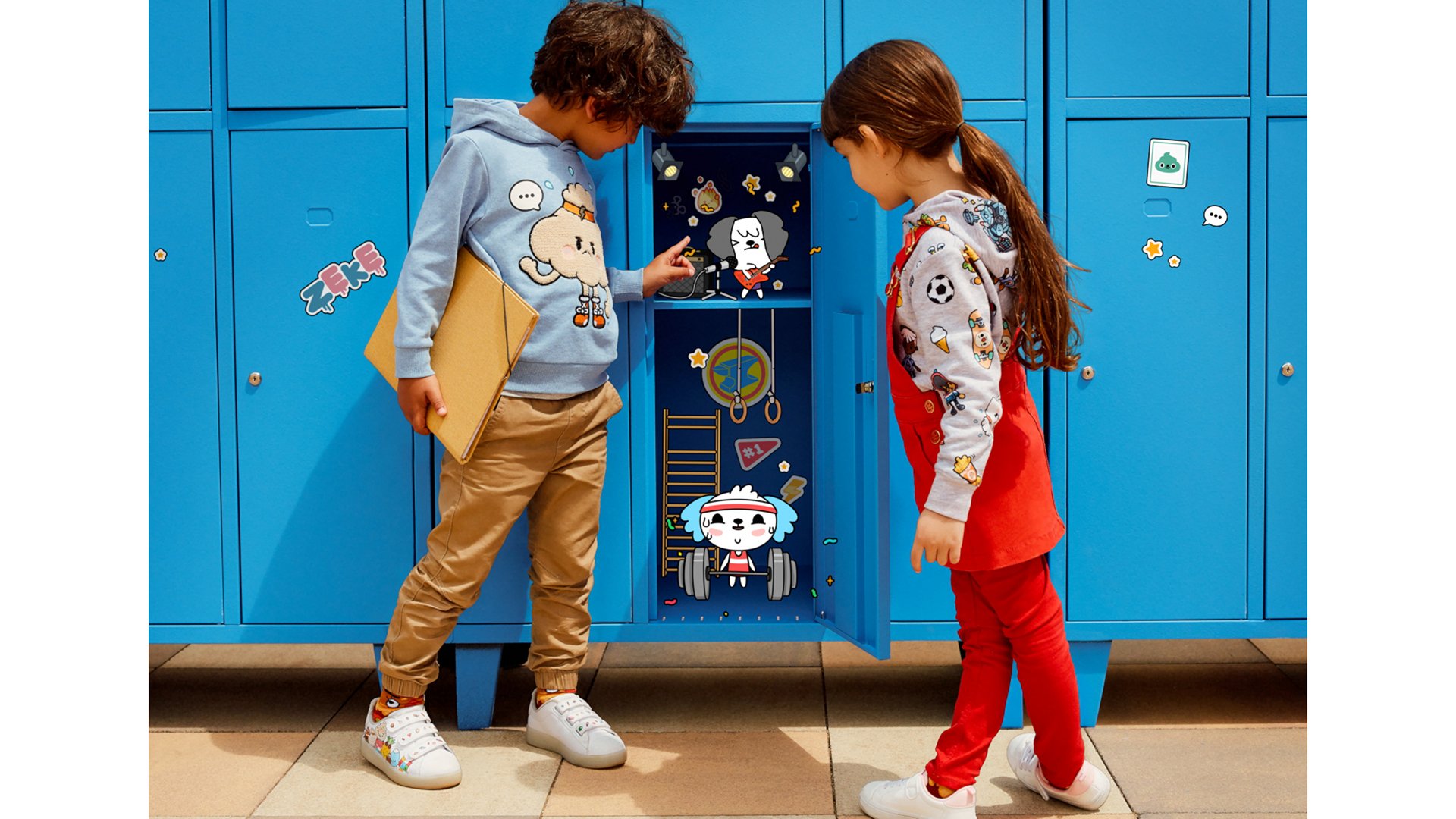 Toca Boca, the maker of popular mobile apps for kids like Toca Kitchen and Toca Life: World, partnered with H&M to release a new line of kids clothing and accessories just in time for the back to school season.

The Toca Life x H&M collection features items for both boys and girls, such as sweatshirts, sneakers (including a cool set with lights in the bottom), joggers, and soft character backpacks that look more like plush animals with shoulder straps than traditional backpacks.

The items range in price from $4.99 for a Patterned Jersey Dress to $34.99 for those cool sneakers with lights. Depending on the item, they may include “interactive” details, like reversible sequins.

Items in the Toca Life x H&M collection are available now on H&M’s website, and in all H&M stores that sell kidswear.

In a statement, Sebastien Roux, Toca Boca’s art director, commented on the line:

“The essence of Toca Life is rooted in everyday life, so we made sure to represent every part of children’s day-to-day in the H&M collaboration. Maybe a kid wants their sweatshirt to reflect how they’re feeling, and partway through the day they decide they’re feeling a different way – it’s cool that their clothing can be a tool to reflect that.”

This isn’t the first time Toca Boca’s characters have shown up on clothing. For instance, Target previously released a variety of Toca Boca-themed clothing, accessories, and more in its stores, though those items are no longer available.