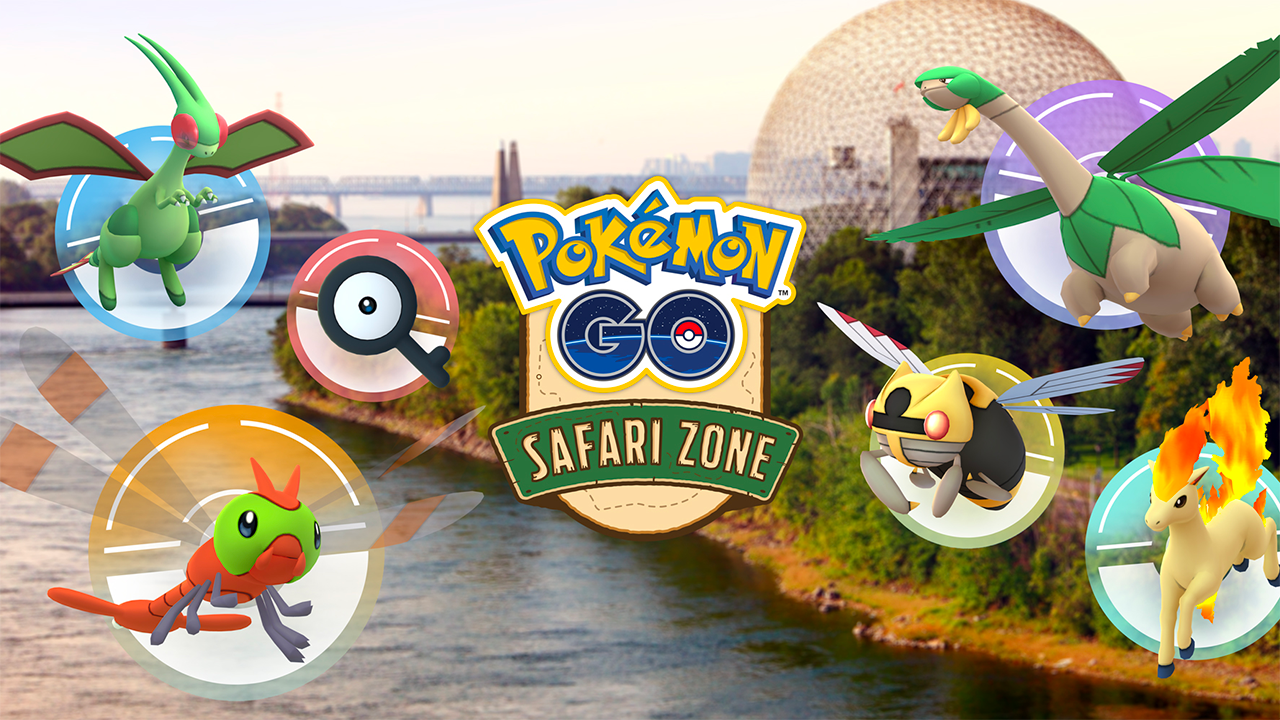 Following a trio of Pokemon Go Fest events that took place in Chicago, Dortmund, Germany and Yokohama, Japan throughout the summer of 2019 (the third event is currently taking place), Pokemon Go’s developer, Niantic, revealed the next real-world event players can look forward to.

From September 20 to September 22, 2019 a Pokemon Go Safari Zone event will be held in Parc Jean-Drapeau in Montreal, Quebec, Canada. The event will focus on “speedy Pokemon.” Specifically, Niantic said, “Pokemon that evolve into fast Pokémon will appear more frequently in the wild” for attendees to capture. While we don’t know the full lineup, the event’s promotional image includes Pokemon like Yanma and Ponyta.

In addition, trainers will also be able to complete special Field Research tasks during this event.

As usual, this event will also feature content for players who can’t make it to the actual event location. In this case, “many of the Pokemon” found at the Safari Zone event will also appear throughout Canada, and for trainers in other countries, Yanma will appear more frequently around the world.

Tickets for the Montreal Safari Zone event will go on sale soon. Keep checking back with SuperParent, as we’ll bring you more news about this event as it’s released.