Pokemon Sword and Shield Will Introduce Galarian Pokemon, Like Zigzagoon 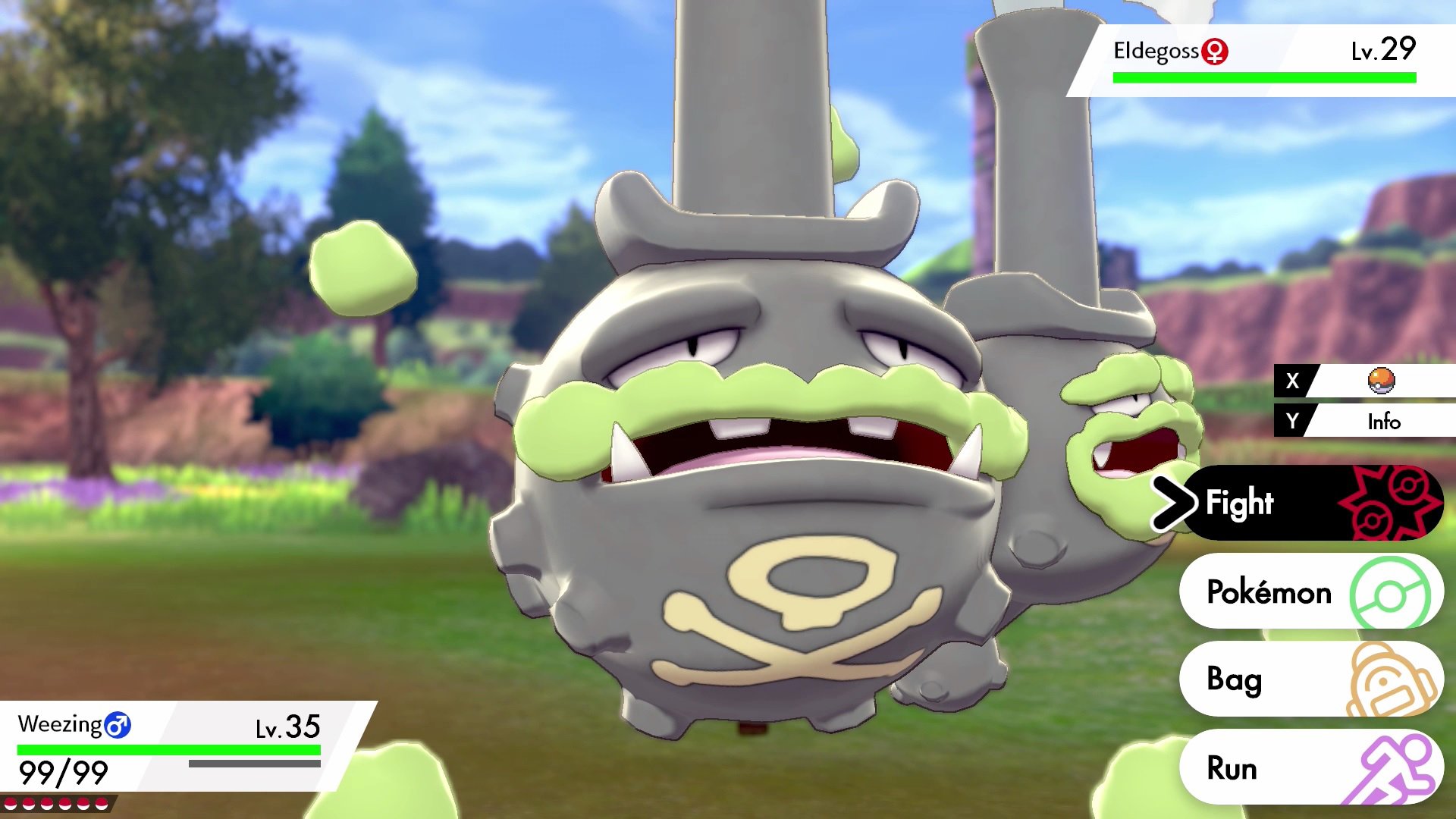 Pokemon Sword and Shield are set to be released on Switch on November 15. They’ll take players to a new part of the Pokemon universe -- the Galar Region -- where they’ll be able to explore new towns, capture new (and familiar) Pokemon, and meet new characters.

A variety of new features will be introduced in Pokemon Sword and Shield, such as the Dynamax system, which will allow trainers to transform their Pokemon into giant versions of their normal selves during Pokemon battles.

Where Sun and Moon introduced players to Alolan versions of Pokemon such as Rattata and Geodude, Pokemon Sword and Shield will have a variety of Galarian Pokemon that are native to the Galar region. So far, we know of Galarian Weezing, Galarian Zigzagoon, and Galarian Linoone.

Galarian Pokemon will look different than their normal versions, and will also behave differently. Plus, some of these regional Pokemon will know exclusive evolutions that haven’t been discovered in any other Pokemon region.

One example will be Galarian Linoone, which will be able to evolve into a Dark- and Normal-type creature called Obstagoon.

Certain Pokemon in Sword and Shield will also be able to change their forms “because of the effects of certain items or their own Ability.” One such Pokemon is Morpeko, an Electric- and Dark-type pocket monster that is constantly hungry. Morpeko will know an Ability called Hunger Switch, which will allow it to change between its two forms (Full Belly and Hangry) on each turn of a Pokemon battle. The Pokemon’s signature move, Aura Wheel, will change type depending on its current form.

As players explore the Galar Region, they’ll meet lots of friendly characters, as well as some rivals that were introduced this week. Players will have two rivals -- Marnie and Bede -- and they’ll also need to watch out for Team Yell, a group that wants Marnie to become the region’s Champion, and will do whatever it takes to stop other trainers from succeeding.

Finally, another new feature will allow trainers to keep their Pokemon busy even if they’re not currently on their team. A Poke Jobs system will allow trainers to visit the Rotomi at Pokemon Centers and send Pokemon from their storage boxes to complete various jobs. Pokemon will earn experience by completing jobs, and trainers may also receive in-game rewards for finishing these tasks.

Are you excited to play Pokemon Sword and/or Shield? Let us know in the comments, or tweet us at @superparenthq.