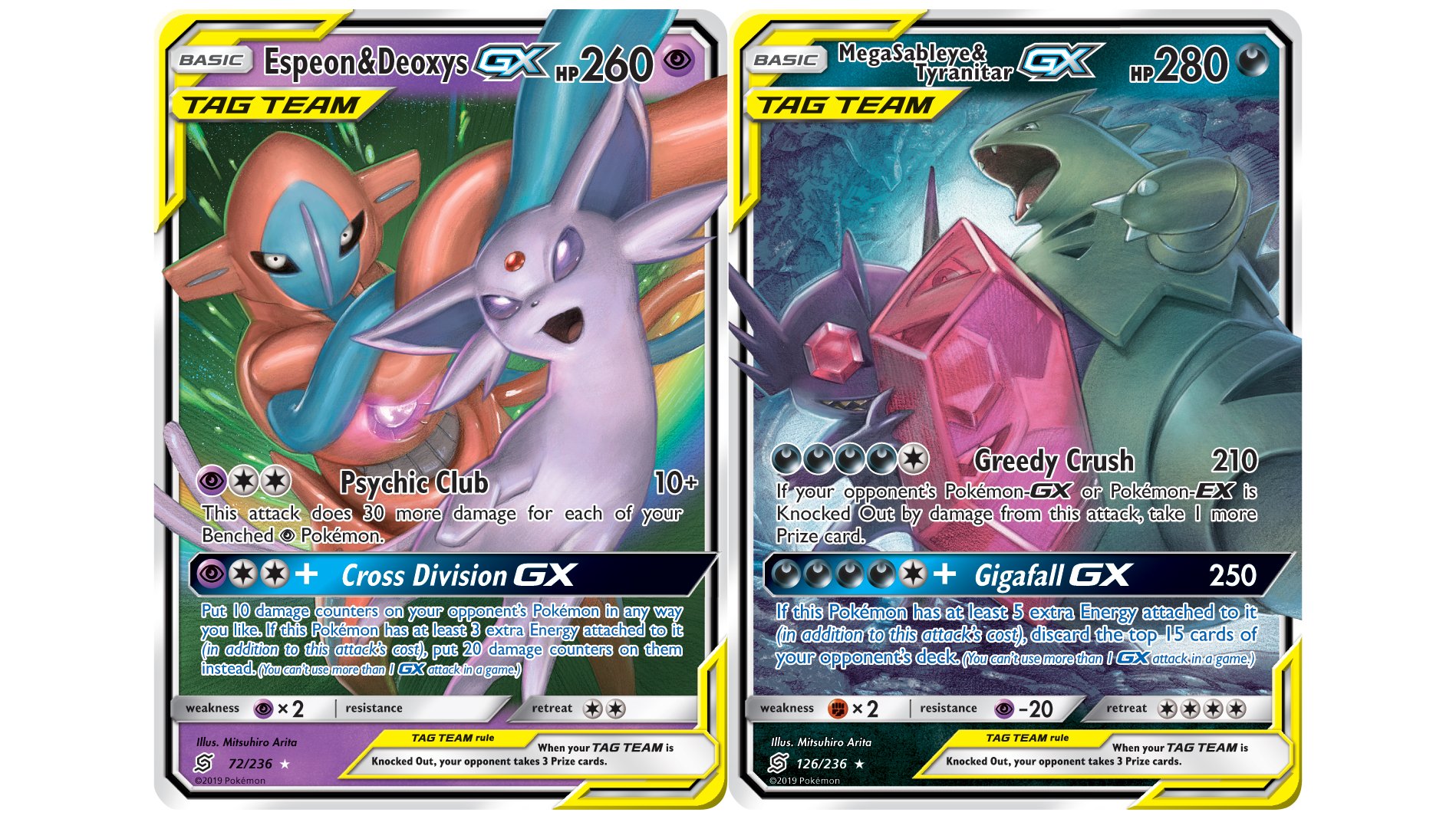 The Unified Minds expansion features over 230 new cards, which continue the game’s recent theme of “teamwork.” This includes eight new TAG TEAM Pokemon-GX cards, such as Umbreon & Darkrai-GX and Slowpoke & Psyduck-GX, as well as nine new Pokemon-GX cards, like Mawile-GX and Aerodactyl-GX.

The Unified Minds expansion is considered a “standard legal deck” for the Pokemon Trading Card Game, meaning that it’s fair game for use in Pokemon TCG tournaments.

Finally, these cards are supported in the Pokemon TCG Card Dex mobile app on iOS and Android devices. The app lets players view all of the cards in each Sun & Moon expansion digitally, and scan the cards they own to add them to their personal collection.

If you’re interested in picking up some of these new cards, they’re available in multiple purchase options, including booster packs, two theme decks, and an Elite Trainer Box.