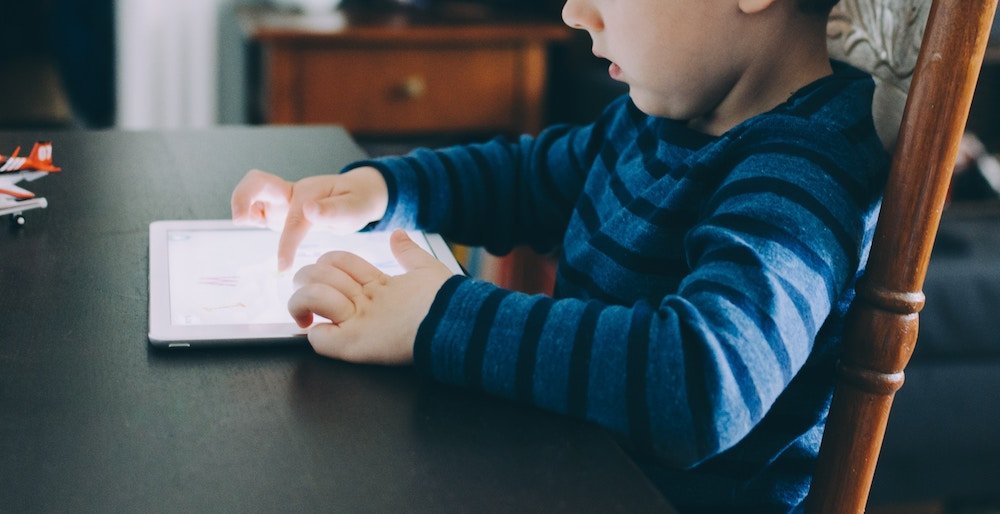 There are some truly terrible iOS games and apps for kids out there. The good stuff tends to get buried by the garbage fairly quickly. Or, if you’re only looking in the kids section of the App Store, you’re missing out on the gems that are secretly for them, too. Here are eight of the best iOS games for kids (and maybe you, too).

The mobile version of Minecraft is surprisingly robust. In our household, we have Minecraft on every single console (including Switch) so that we can all play together at any given time. Minecraft Pocket Edition, available on both iPhone and iPad, isn’t a watered-down version of the console game, either. It’s got all of the features and interactive elements that you’d expect in Minecraft.

Color Switch is a challenging title that requires fast reflexes and strategic thinking on the fly. These days, my youngest son finds Color Switch relaxing, but back when he was still learning the game, he thrilled at finally making it through a hard level. There are multicolored geometric shapes that spin across the screen, and players tap the screen to bounce the ball through the shapes’ matching colors. It’s an engaging obstacle game that’s easy to learn and difficult to master, allowing kids to get a number of hours of enjoyment out of it.

My youngest daughter adores Toca Pet Doctor — it’s easily her favorite Toca Boca game. Toca Pet Doctor gives her the opportunity to exercise her nurturing nature by allowing her to heal and take care of sick pets. There are 15 pets that need attention. There are multiple steps to healing pets, which means that kids will need to employ a few different skills to get their virtual pets back to full strength. Toca Pet Doctor cultivates empathy and teaches kids to look for the ways they can make someone feel better.

This surrealist puzzle game (and its sequel, Monument Valley 2) is easily one of the most beautiful experiences on iOS. Nevermind that it’s won a number of awards, Monument Valley forces players to look at their digital worlds from a variety of angles. Completing each level and its environment puzzles teaches kids better spatial problem solving. The story is far more symbolic than narrative, but you can’t help but feel a sense of kinship for the little girl on her journey through Monument Valley.

Framed (and its sequel) is a puzzle-game that is entirely visual. Players need to solve the comic strip and figure out how to best the baddies by rearranging the frames for maximum impact. It’s a very approachable game with easy-to-learn mechanics, but the difficulty ramps up quickly. If your kid loves comics, Framed gives them a chance to experience what it’s like to piece together a story in pictures, rather than just in words.

This is another of my daughter’s favorite games, and not just because it’s Toca Boca again. Toca Kitchen Monsters is a whimsical, delightful cooking game that gently introduces kids into the genre. Players serve monsters the food they prepare, and depending on a monster’s tastes, the monster will be happy and eat it, or they’ll turn their nose up at it. My daughter still squeaks and laughs when the monster reacts, no matter what the reaction is. Toca Kitchen Monsters is equal parts creativity and following instructions, so even though kids can burn the food, they learn from their mistakes and can try again next time.

The Pokemon Company and Niantic brought Pokemon Go to the world during the summer of 2016. To some of us, it was a blip of a game that got us outside and connecting with other human gamers in real life for a month. For others, Pokemon Go is life. And for kids, Pokemon Go is a fantastic introduction to Pokemon games before they learn how to read. The premise of the game is to capture these adorable pocket monsters by wandering around your neighborhood and using your phone to throw Poke Balls at them. It’s a challenge in more rural areas to find a decent variety of Pokemon to catch. It’s also difficult to find Gyms, where you can engage in “Raids” and take down Legendary Pokemon with the rest of the local community. But if you want to sprinkle a little bit more fun into your family walks, bring Pokemon Go with you.

This is another award-winning game on iOS that you might not know is kid-friendly. Alto’s Adventure (and its sequel, Alto's Odyssey) is an endless runner, which means that you will be able to keep playing and playing until you make a mistake and get a “game over.” In Alto’s Adventure, players are tasked with snowboarding down a mountain in an attempt to get some escaped llamas back. And in true snowboarding spirit, players can do tricks (like backflips) to get more points. It’s a relaxing kind of game with beautiful graphics and soothing music that’ll be good for parents and kids alike.

Animal Crossing New Horizons: How to Get the Cool Globe

Pokemon Go: How to Get a Snivy in the Sunshine Ticket

Pokemon Go: How to Get Azumarill for the Spring Into Spring 2021 Collection Challenge