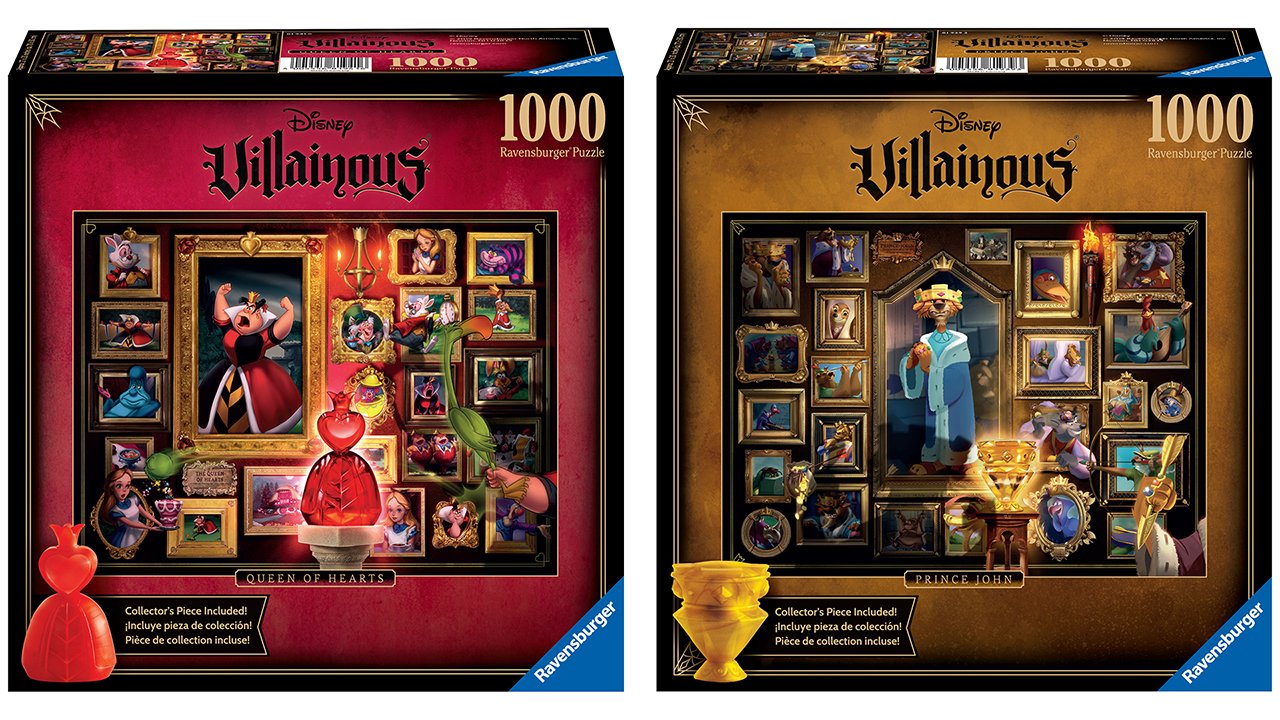 Update (07/29/19): A previous version of this post incorrectly stated that the puzzles were only available at Target. We've changed our post to reflect the correct information.

Ravensburger’s Disney Villainous tabletop games let players become various Disney villains, like Ursula and the Evil Queen, and compete against others while trying to achieve their character’s “devious objective.”

Now, the Disney Villainous franchise has expanded beyond games and into the realm of jigsaw puzzles.

There are six Disney Villainous puzzles to choose from. Each 1,000 piece puzzle features artwork inspired by a different Disney villain: Captain Hook, Jafar, King John, Maleficent, the Queen of Hearts, and Ursula.

Each puzzle image is comprised of a variety of picture frames, which show off characters and elements from each villain’s film. For instance, in the Queen of Hearts puzzle, there are pictures of the Queen herself, as well as Alice, the Cheshire Cat, and other characters from Disney’s Alice in Wonderland.

These puzzles are now available through Amazon and other retailers. In addition, special versions of the puzzles are available exclusively at Target, which include a collectible “mover” that puzzlers can take back into the Disney Villainous games.

While the Disney Villainous games are rated for players 10+, these puzzles have a recommended age rating of 14+. You can pick them up for $12.99 each.