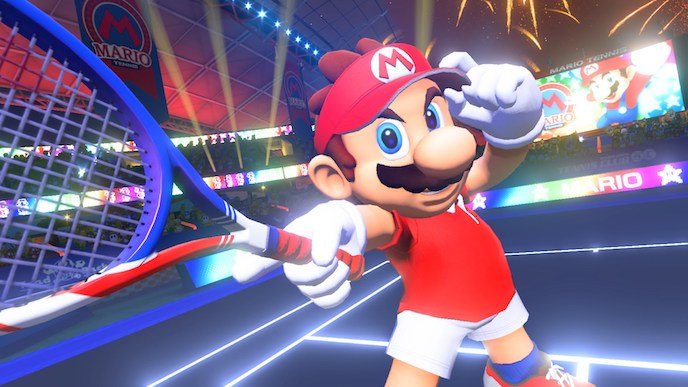 Nintendo is set to serve players the next Mario Tennis game on the Switch on June 22nd. You and your kids can get in on the action before then with the Mario Tennis Aces Pre-Launch Tournament. If you’re not sure about tearing up the clay with Mario and his pals just yet, the Pre-Launch Tournament free demo will give you the opportunity to check it out before you buy it. If you miss the window for the event, Mario Tennis Aces may hold another before the game launches. Nintendo did something similar for the ARMS and Splatoon 2 launches last year and there were multiple dates there, too. This Mario Tennis Aces tournament starts on Friday, June 1 at 6:00 p.m. PDT and ends on Sunday, June 3 at 11:59 p.m PDT.

High schools around the country are starting to recognize esports (competitive video gaming) as a “normal” sport, just like football or tennis. Esports leagues allow high school students to join organized teams and compete against other schools in games like League of Legends, which they might have already been playing in their free time.

As a sanctioned high school sport, video games become more than a hobby, requiring students to focus on communication, teamwork, sportsmanship, discipline and more -- plus, schools typically require all athletes to have a certain grade point average before they’re allowed to compete, so these competitive gamers are forced to hit the books. The number of collegiate esports programs is also on the rise, so embracing esports at the high school level may allow students more opportunities to earn college esports scholarships once they graduate.

Ariana Grande and Jimmy Fallon Rocked Out On the Nintendo Labo

Musician Ariana Grande and talk show host Jimmy Fallon teamed up to perform Grande’s latest single, “No Tears Left to Cry,” on Nintendo Labo instruments (and plenty of Switch systems). Nintendo released its ambitious cardboard kits earlier this year, with the Variety Kit allowing kids (and adults) to create a working piano (along with five other toys). Fallon and Grande’s performance went one step further, adding cardboard guitars and drum sets to the mix. The possibilities for what you can do and create with the Nintendo Labo cardboard and its associated Switch software seem only limited by your own imagination. The Toy-Con Garage, a part of the software that allows users to create their own toys or programs, lets kids experiment through trial and error and potentially create a masterpiece of their own, all while learning a bit of coding along the way.