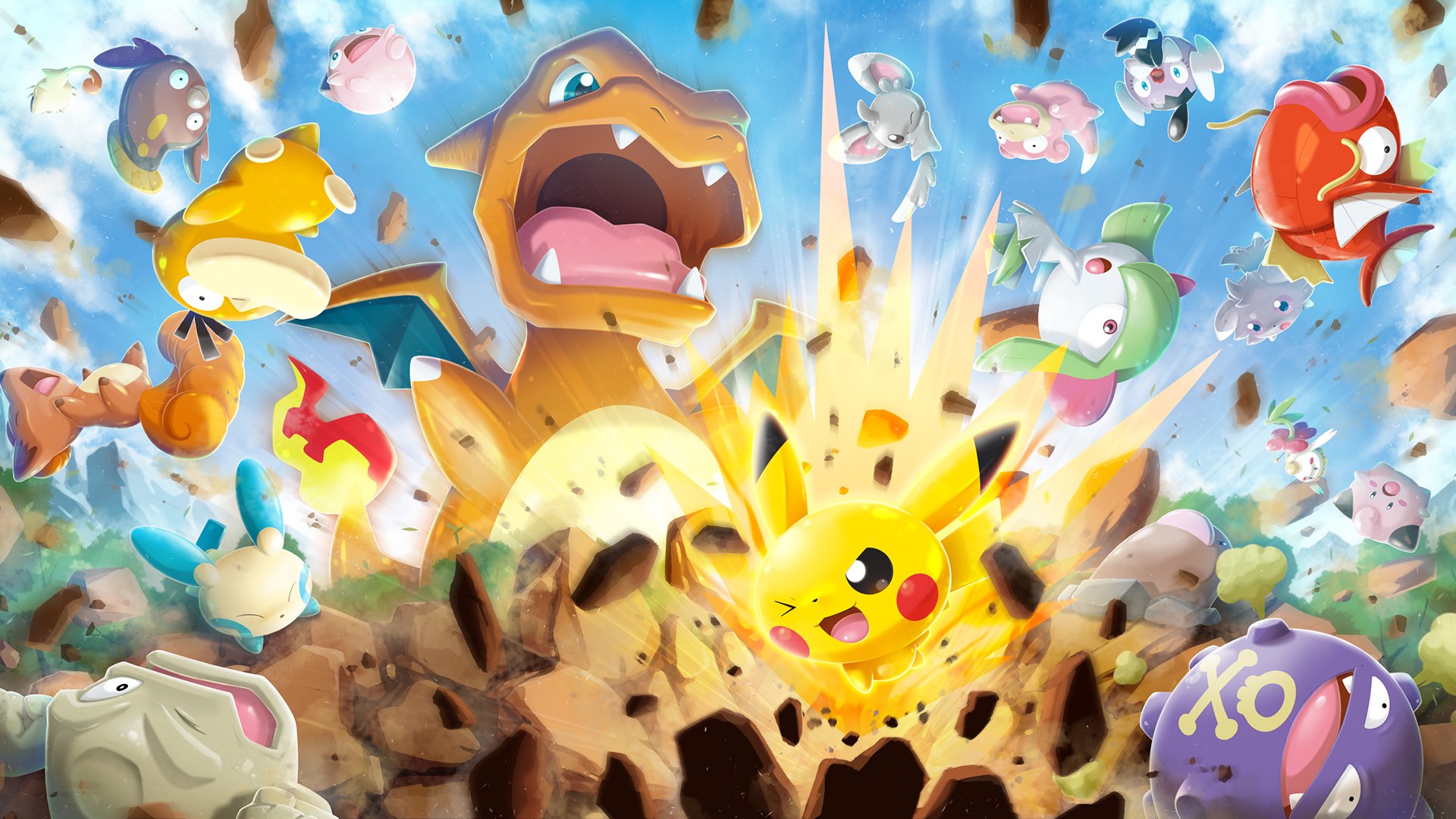 Pokemon Rumble Rush is the newest installment in the Pokemon Rumble series, which began with the original Pokemon Rumble on Wii in 2009. The free-to-play game lets players become an adventurer on a quest to discover and collect as many Pokemon as possible across a series of islands.

On each island, players can spend feathers to find locations where wild Pokemon can be battled and potentially captured. When players visit one of these areas, they’ll hang out in a hot air balloon above the ground, while their partner Pokemon actually explores the stage. The Pokemon will walk forward and toward enemies automatically, and players can attack by tapping or tapping and holding anywhere on the screen. (An auto-attack feature allows the Pokemon to attack automatically, but tapping makes them attack faster.)

As players defeat Pokemon, they may randomly capture them and add them to their team. Each Pokemon has a base CP stat, which indicates its strength (a higher CP means a stronger Pokemon), and players can freely switch between Pokemon during a level if they capture one with a higher CP or want to utilize a Pokemon’s “type” advantage (Water-type has an advantage over Fire-type, etc.).

Each island also contains a series of Super Bosses, or stronger Pokemon that will only agree to battle with you when you’ve proven yourself to be a worthy opponent.

As players defeat boss Pokemon, they may collect Ore, which can be refined into gears that can be attached to individual Pokemon to make them stronger. An ore may also sometimes contain a summon gear, which allows players to call in a support Pokemon during battle. The refining process takes time to complete, but players can speed up the timer using in-game items, including premium currency.

Over time, players will collect a ton of duplicate Pokemon, which they may no longer need in their collection. You can transfer any unwanted Pokemon to the adventurers club to free up space in your Pokemon storage box (this space is limited) and receive free coins (the game’s basic, free currency) in exchange.

Pokemon Rumble Rush is available to download for free on iOS and Android devices. The game is rated 4+ on iOS and E for Everyone on Android.

Check out the first nine minutes of Pokemon Rumble Rush in our SuperParent First Look below to see this one in action.