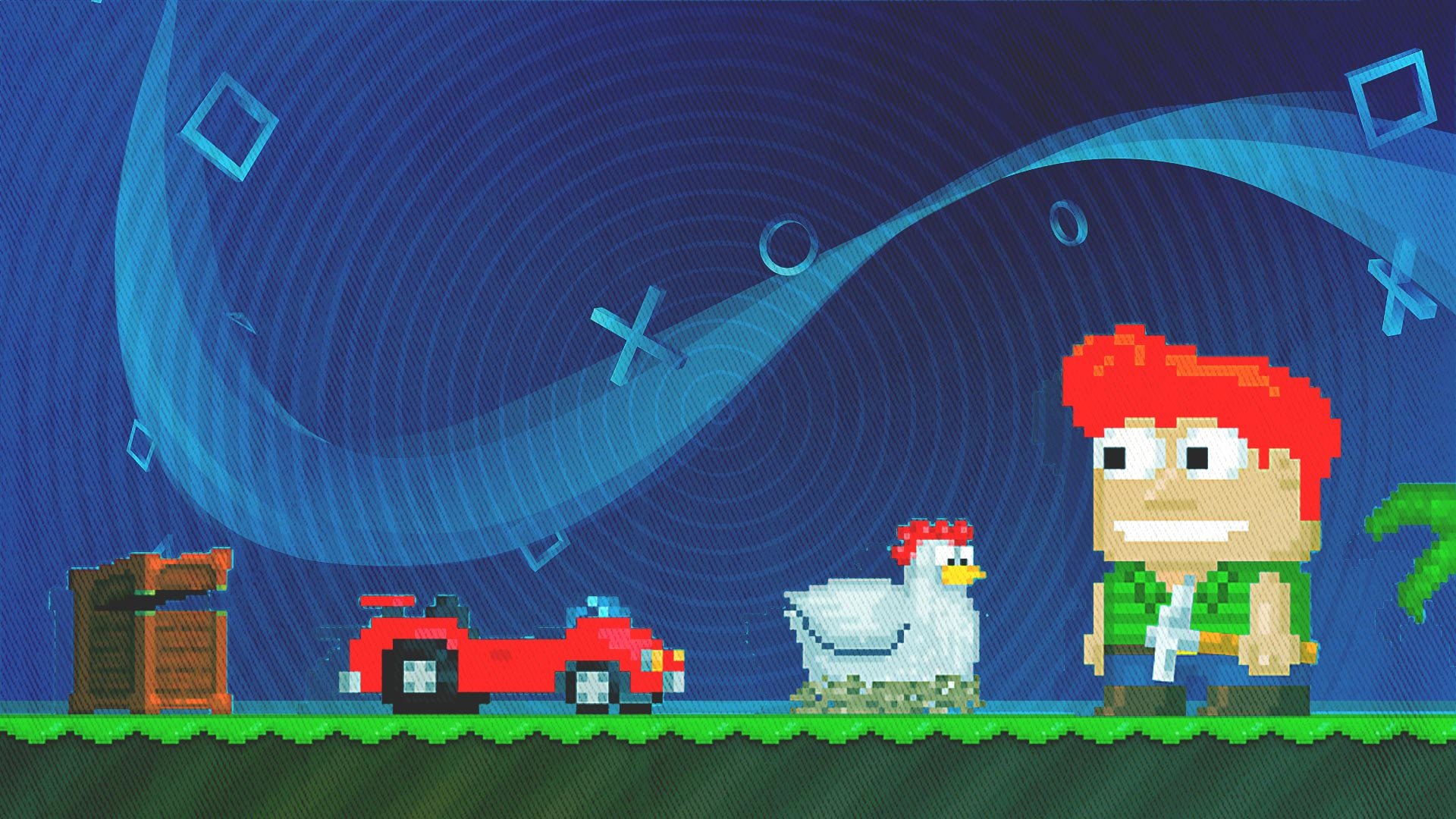 Growtopia is a free-to-play massively multiplayer online (MMO) sandbox building game that lets players collect resources, craft items, and build their own worlds while playing on their own or with other real players around the world.

The game was originally released on Android in 2012 and on iOS and PC/Mac in 2013. Almost seven years after the original Android launch, Growtopia has now been released on consoles (Switch, PlayStation 4, and Xbox One). We tried the PlayStation 4 version to see how Growtopia holds up on a new platform.

Similar to games like Minecraft and Terraria, Growtopia is a sandbox game, meaning players are given a series of tools to play with, and can then create anything their imagination can dream up. There’s no storyline to follow, and while there are some tutorial quests to complete, the game ultimately focuses on building worlds and interacting with others using the multitude of craftable items that are available.

How is Growtopia played?

Growtopia presents players with a 2D, side-scrolling view of the world (players will walk left and right across the screen). A tutorial system tries to teach users the basics of mining blocks, how to use the game’s crafting system, how to protect their world from strangers, and more, but there are some problems throughout (more on that in a bit).

On the positive side, Growtopia’s crafting system is pretty clever in that everything, from building blocks to furniture items to clothing and accessories, grows on trees. Players will begin with access to only a few types of “seeds,” which they can plant in the ground to grow trees like a Dirt Tree (which spawns dirt blocks) and a Lava Tree (which spawns lava blocks).

Once players collect a few seeds, they can create new varieties of trees (and therefore unlock access to new kinds of items) by splicing these seeds (planting two different seeds on the same plot at the same time).

While some items are decorative, others, like signs and doors, are functional. Players can write a message on a sign that will appear when users walk in front of it, while doors can be used to create “warps” to a different area.

And while worlds start out basic, dedicated builders can create all sorts of things, including parkour obstacle courses, mini-games (races), and so on.

In addition to creating their own worlds, players can visit any other world at any time by simply typing a name on the game’s world menu. You can type a specific world name, if you happen to know the name of your desired destination, or you can type any random word to see what happens. Typing common words, like “cat” or “dog,” will usually always find an existing world. If you do type a world name that hasn’t already been used by another player, a new world will be created instead, which you can control and decide to build on or simply leave.

You mentioned the game has problems?

Quite a few, actually. Growtopia has a simple premise and setup, but it also has a surprisingly steep learning curve. The easy-to-use touch controls of the mobile version haven’t translated well into this console release, with its use of a standard controller. Some weird button assignments make things difficult to learn. For example, if you’re used to the circle button on a PlayStation 4 controller being the “back” button (a common assignment in many games), Growtopia doesn’t use that same command (it’s typically the square button).

The game’s tutorial also doesn’t provide adequately clear instructions for tasks like programming doors (you have to name each door and then assign each one the proper destination so they properly connect, without using a name another player can easily guess and use in their own doors).

As with most things, practice makes perfect, and Growtopia becomes easier to play after you spend some time with it. But practice can’t help the stereotypical free-to-play features that pull the overall experience down.

Trees take time to grow, with some taking longer than others, so you’ll have to wait for the results. You’re also extremely limited in the number of seeds you can come across on your own, without interacting with others or making a purchase with in-game currency.

(A VIP subscription program is also available, which gives players access to bonuses like “free” daily gems, a reduction in growth time, and more.)

But perhaps most concerning is the World Lock system. Since players can visit any world at any time by simply typing the right name, if the world’s owner doesn’t protect their creation with an in-game lock, mean-spirited players can simply come in and wreck everything. Players are allowed to lock their first tutorial world for free, but from there, they’re required to spend currency to lock any future worlds.

Locks come in different sizes, which protect different numbers of blocks. A Small Lock protects only 10 tiles at a cost of 50 gems, while a Big Lock protects up to 48 tiles, and so on. A World Lock will protect the player’s entire world, but as you might have guessed, that comes at a high price -- 2,000 gems. Players have created a variety of online video guides to teach players techniques for using these locks.

Finally, there’s the online component. Players can chat with others in real time, and within minutes of opening the chat room window, we ran into some offensive language. (The game’s tutorial quests require you to send multiple chat messages, though these can be a simple as a single character.) Growtopia has been rated E10+ by the ESRB, with content descriptors for “Fantasy Violence,” “Suggestive Themes,” and “Use of Alcohol and Tobacco.” But offensive language isn’t appropriate, regardless of the age rating. The ESRB can't regulate and therefore can't rate online interactions.

(For reference, Growtopia’s website lists its own age recommendation of 12+.)

If you’re worried about your kids coming into contact with nefarious individuals or seeing poor language, make sure to head into the game’s settings and check the options for “Disable public broadcast messages” and “Show chat only from friends.”

There's one final thing worth pointing out: Unlike Growtopia's mobile version, players are required to sign in with an Ubisoft Club account (or create a new one) before being allowed to play Growtopia on console. Ubisoft requires users to be 13 or older before signing up for an account, so you’ll need to use your own if your littles are younger than that.

Growtopia has a unique crafting system that scratches the “collect one of everything” itch. However, the game’s many problems make it difficult to recommend, especially on consoles. If you think your kids would like Growtopia, we recommend trying the game yourself first to better understand what they’re getting into.