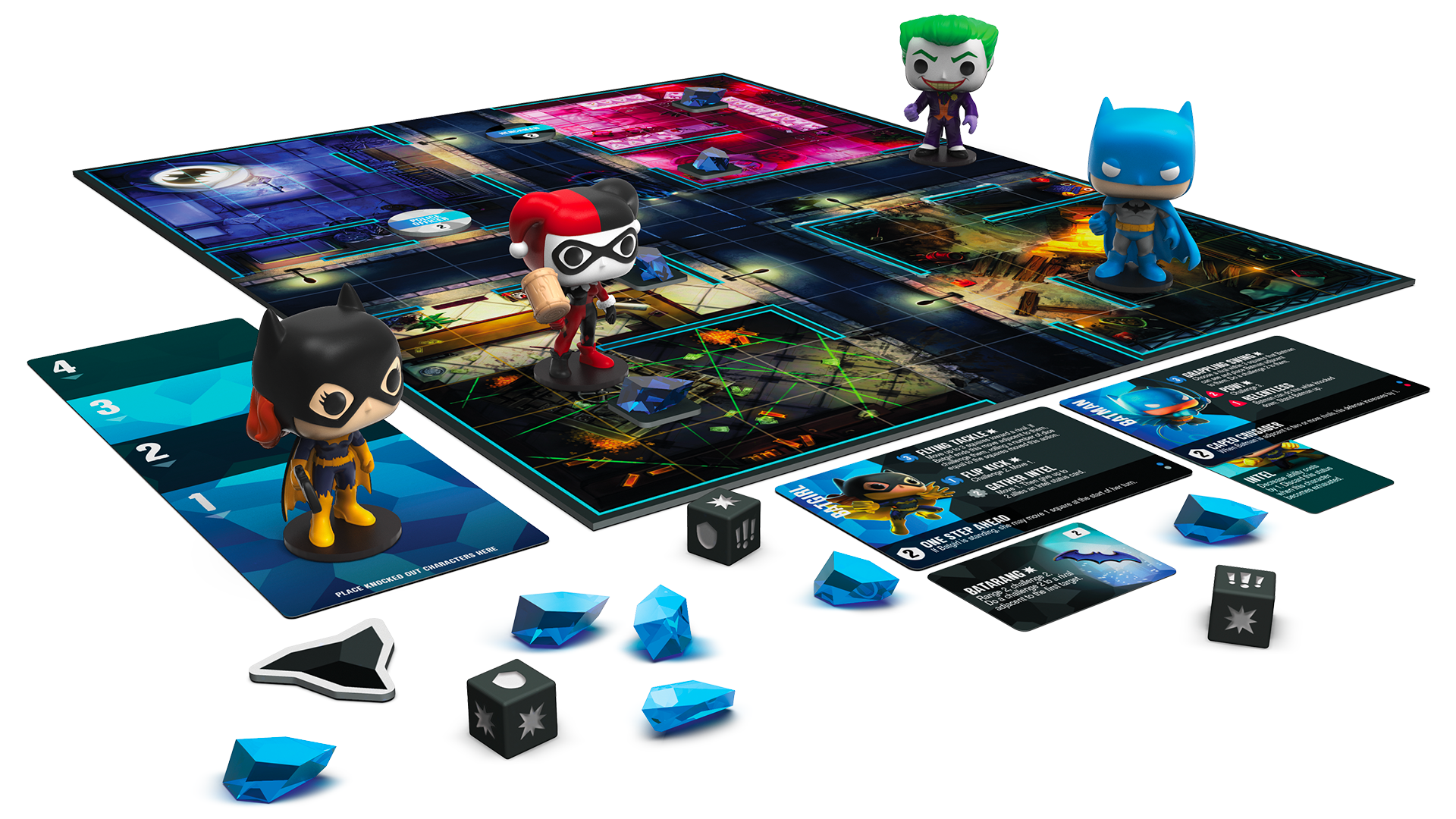 Just as there are Funko figures for tons of different fandoms and properties (everything from Disney to sports mascots and beyond), there will be multiple versions of Funkoverse to collect.

Each game will allow 2-4 players aged 10+ to compete in four different game scenarios using three-inch Funko figurines. Each game is expected to last anywhere from 20 minutes to an hour.

Unfortunately, gameplay details are still under wraps, but we do know the six different Funkoverse sets that will be released in the first wave:

According to a press release, “Funkoverse will be available at most major retailers beginning in October.”

In the release, Jay Wheatley, general manager of Funko Games, commented: “There’s no better place to introduce Funko fanatics to Funko Games than at this year’s San Diego Comic Con. Adults and children over 10 can now create a powerful team of characters from their favorite fandoms and face off in exciting table-top gameplay.”

You can check out some pictures of each game board and sign up for updates on Funko’s website.