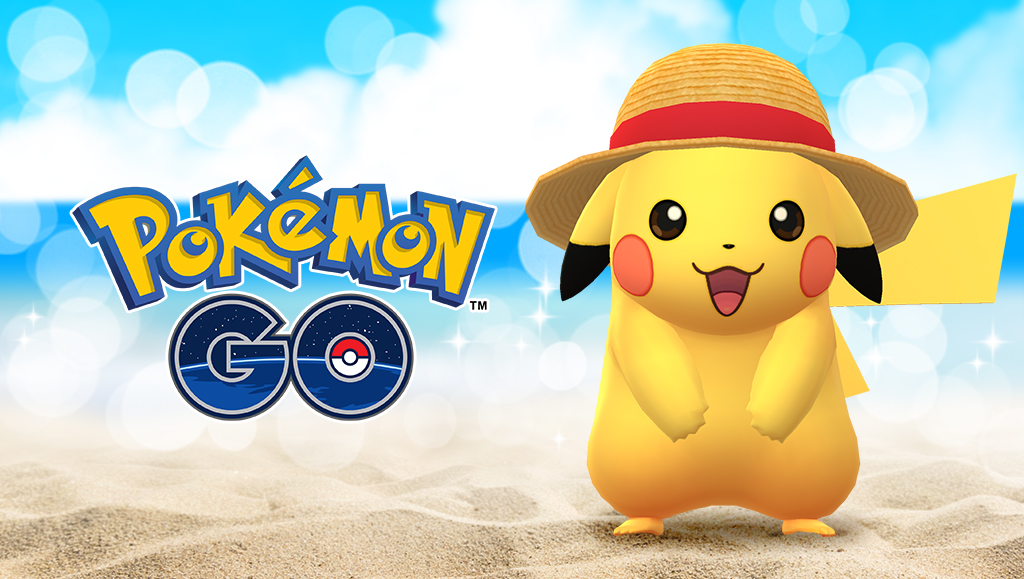 From a witch’s hat to a party hat, Pikachu just loves wearing things on its adorable little head. And a new event in Pokemon Go will give Pikachu something new to wear.

As spotted by Polygon, from July 22 to July 29 (Japan time), Pikachu wearing a red ribbon straw hat will appear around the world for players to add to their collections (not to be confused with the tropical straw hat Pikachu has worn previously). As Polygon reported, this new hat resembles the one worn by Monkey D. Luffy, the main hero from the anime series One Piece.

Pikachu’s appearance is part of a larger event that will see Pokemon Go support the “reconstruction project of Kumamoto Prefecture” in Japan, which was hit by deadly earthquakes in April of 2016. Eiichiro Oda, the artist behind One Piece, is also participating in the reconstruction project.

As part of this event, players in the area will be able to visit a One Piece-themed PokeStop starting July 22. A Red Ribbon Straw Hat avatar item will also be added to the in-game Style Shop.

This event kicks off the day after Pokemon Go’s next Community Day event, which will see Mudkip appear more frequently than normal in the wild on July 21. Harry Potter: Wizards Unite, another mobile game from the same developer, will host its own Community Day event on July 20.