Munchkin: Disney Ducktales Promises Your Family Will Quack Up With Laughter 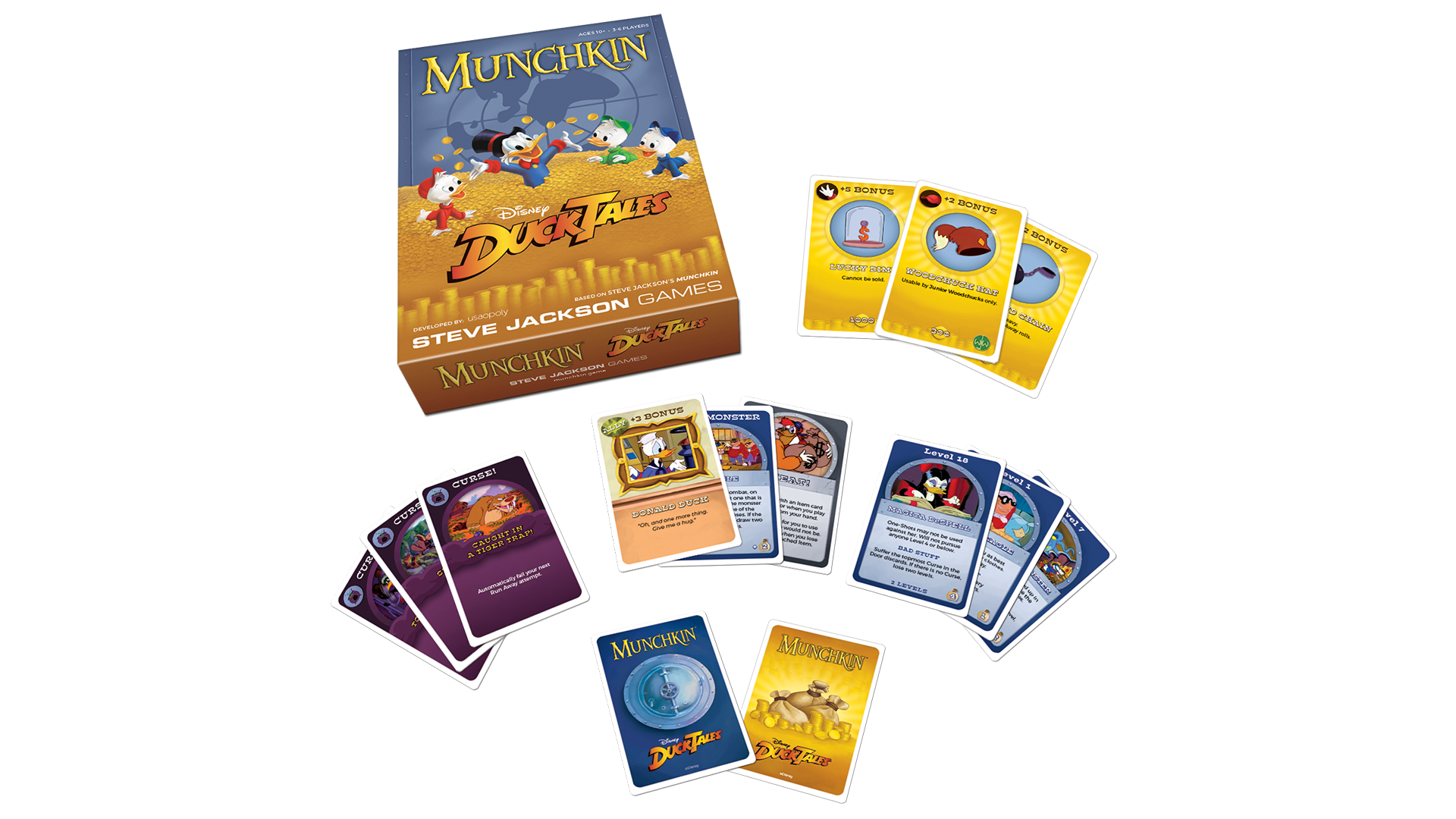 Munchkin is an incredibly popular series of role-playing card games, which began with the original Munchkin in the early 2000s. The series, by Steve Jackson Games, typically offers a lighthearted take on more serious role-playing experiences, challenging players to be the first to reach level 10 (or level 20, depending on the game) while collecting treasure and fighting against monsters (and each other).

Tons of different versions and variants of Munchkin have been released over the years -- everything from Munchkin Shakespeare to Munchkin Marvel. Now, the latest Munchkin variant has been revealed by The OP (USAopoly).

Munchkin: Disney DuckTales is based on the popular 1980s cartoon series DuckTales. It will allow 3-6 players aged 10+ to become Scrooge McDuck, Huey, Dewey, Louie, and other characters from the series, and embark on a quest to be the first to reach Level 10 while collecting all sorts of treasures.

Players will be able to discover items like the Crown of Genghis Khan and Magica’s Magic Mirror, but they’ll also need to watch out for bad guys like Bigtime Beagle and Magica DeSpell, who can be defeated in a variety of ways.

The game will also include Ally cards, letting players receive help from characters like Bubba the Caveduck and Donald Duck during their adventure. Finally, if players are feeling cooperative, they can even work together during the game.

Munchkin: Disney DuckTales will be released in September 2019 for $24.95. Each game is expected to last 1-2 hours.