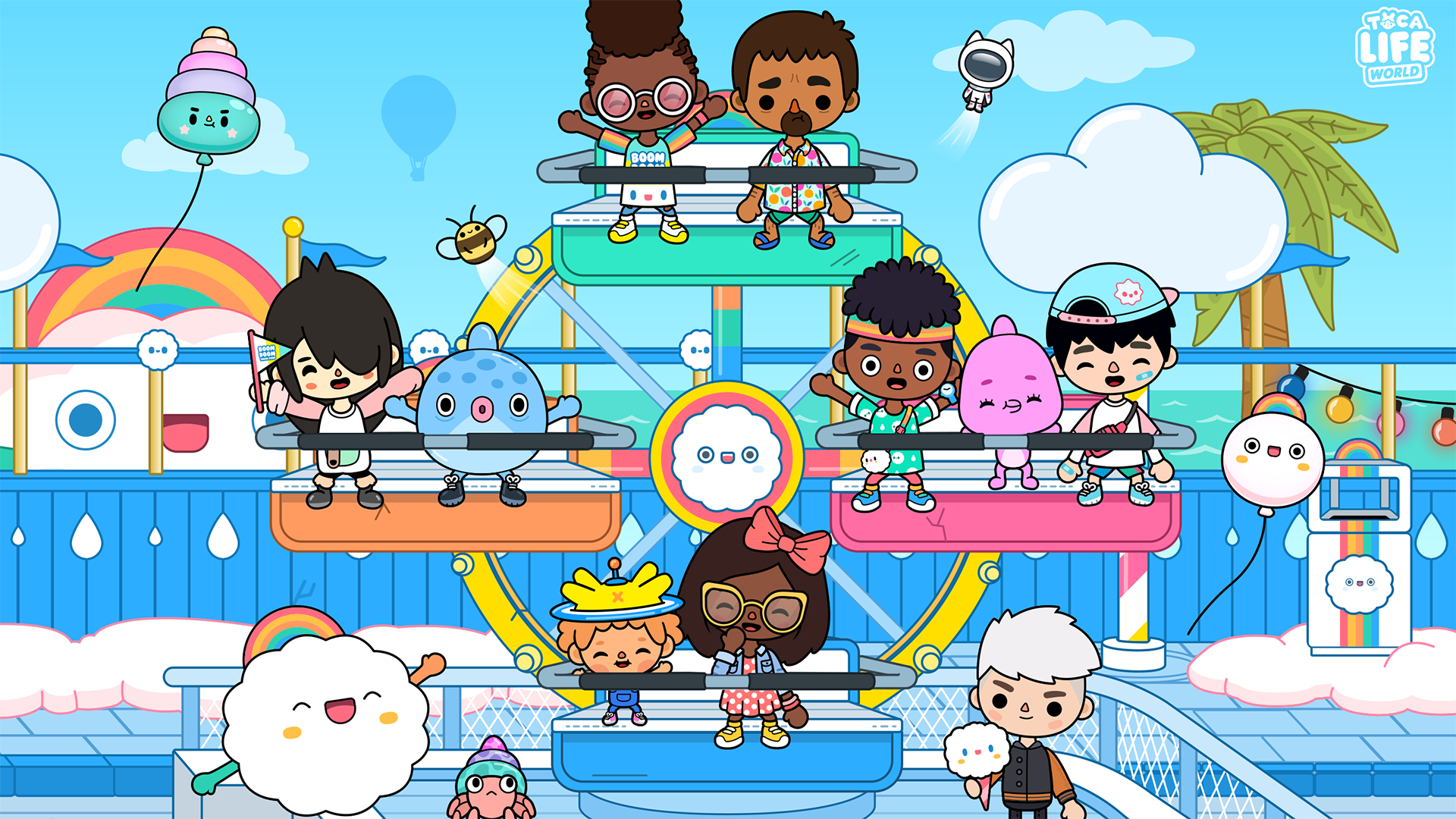 Toca Life: World was released on mobile devices in November of 2018. It combines content from multiple Toca Life apps (such as City, Vacation, and Office) into a single application, which is free to download, but contains optional in-app purchases. The game is a sandbox of sorts, giving youngsters a variety of in-game locations to visit and a bunch of characters to interact with to create their own fun using their imagination.

Many of the game’s in-app purchases add new locations to the game for kids to visit. That’s the case with the game’s newest expansion, which adds an Amusement Park to the Omelette Islands section of the in-game map.

The Amusement Park add-on can be purchased for $2.99. It includes 18 new characters and three new locations to visit, which are actually three themed areas of the amusement park itself: Cloud Village, Underwater Land, and Space World.

Each of the three locations has its own activities to play around with. For instance, kids can place characters on the roller coaster or ferris wheel and then set them into motion. Littles can change the speed of each ride to make it move slower or faster.

The amusement park also includes arcade and food stalls, a couple of on-ride photo machines, and a boombox that can play four different songs. Each area offers different interactive elements, such as balloons, drinks, and stuffed animals, that kids can play with. Check out the video above to see some gameplay in the Amusement Park area.

Toca Life: World is available to download for free on iOS, Android, and Amazon devices. The game is rated 4+ on iOS, E for Everyone on Android, and All Ages on Amazon.

A Character Creator was recently added to Toca Life: World, which allows kids to create and customize their own characters to add to the in-game enviromments.