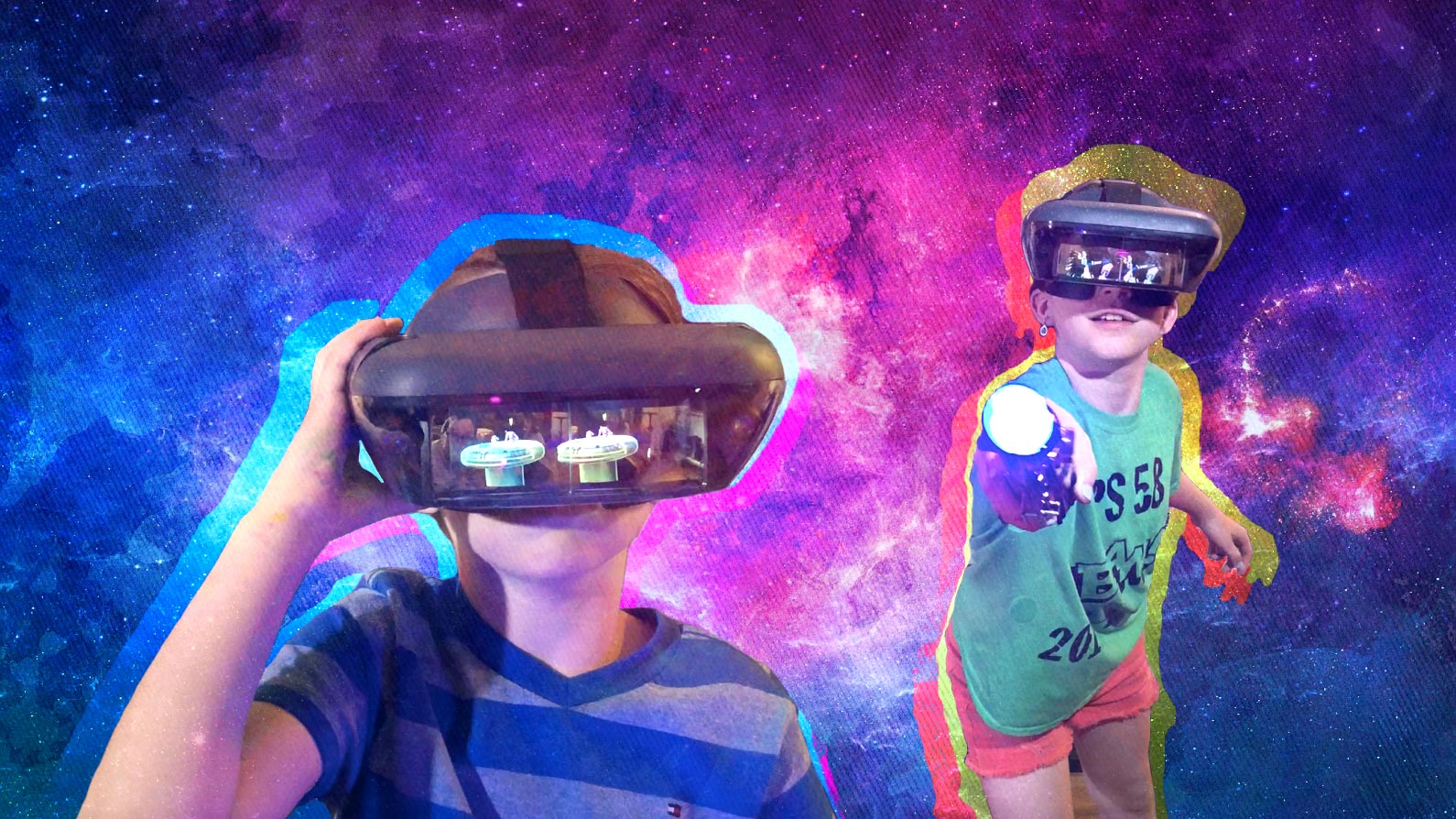 Star Wars: Jedi Challenges is an augmented reality experience that works with most iOS and Android smartphones. The AR kit, with software from Disney and hardware from PC maker Lenovo, sells for $200 and includes a Lenovo Mirage AR headset, a lightsaber hilt and a light-up tracking beacon. Pop your phone into the headset, strap it on and test your Jedi prowess in three of the game's modes -- Lightsaber Battles, Holochess and Strategic Combat. A recent game update also added a two-player mode, where two people in the same room can duel, provided they both have their own headsets.

From a grown-up POV -- especially for a Star Wars obsessive like myself -- this is a fun, if imperfect, experience that's probably as close as you'll get to a real lightsaber battle. The controls feel a little wonky at times, but once you find yourself going head to head with Kylo Ren, Darth Maul and Darth Vader, it's on -- this is the game at its best.

The lightsaber hilt is weighty and fun to swing around, so much so that I nearly took out our TV in a showdown with a bunch of battle droids. Playing Holochess is fun too, and if you're like me, you'll want to hunt down this  Holochess clip from the original Star Wars (and The Force Awakens) after playing a round.

Does this AR game meet the approval of two young jedi? We put the headgear on 10-year-old Piper, aka PJPop, and 6-year-old Dash (my son) and let them loose in that galaxy far, far away. Both kids loved the augmented reality graphics, and Piper took to lightsaber fights like a champ. But with navigation that involves using both head movments and button presses on the lightsaber, Jedi Challenges seems better suited to kids around 10 and up.  Watch the video to see what our kid testers had to say.