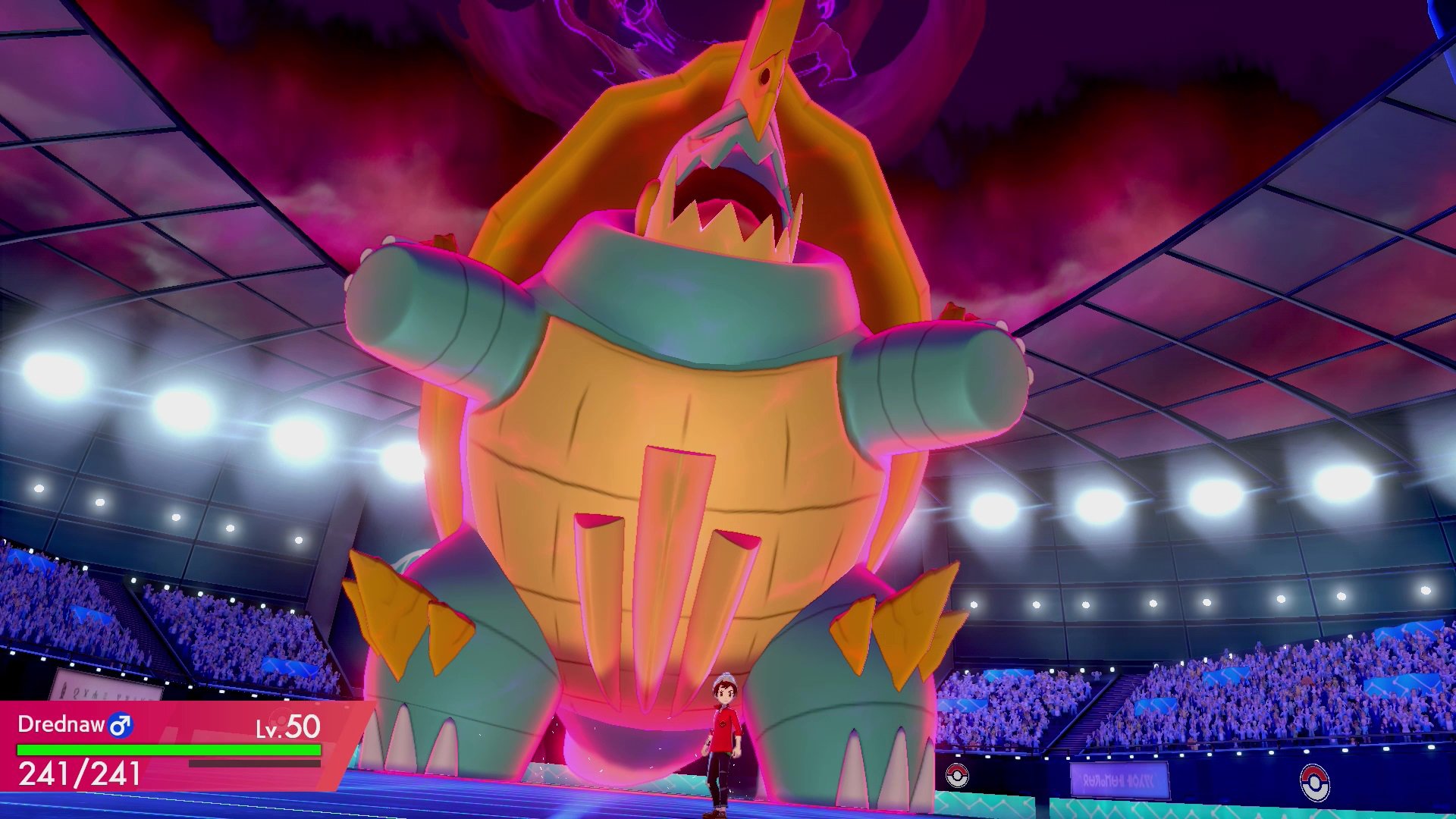 We’re about four months away from the release of Pokemon Sword and Pokemon Shield on Switch on November 15, 2019. To help tide players over until then, Nintendo and The Pokemon Company released a bunch of new details about the games.

First, we learned about a new “Gigantamax” phenomenon that can cause certain Pokemon in Sword and Shield to become bigger and stronger during battle.

Gigantamaxing is similar to Dynamaxing (another new phenomenon in Pokemon Sword and Shield), in that they both cause a Pokemon to grow larger than normal. However, Gigantamaxing is different in that it also changes a Pokemon’s appearance and allows it to use a special G-Max Move. Each species of Pokemon that is capable of Gigantamaxing will have its own G-Max Move, and Dynamax Pokemon can’t use G-Max Moves.

Finally, on the topic of changing appearances, we also learned that “[t]he majority of Pokemon will keep their usual appearance when they Dynamax.”

For now, we know only a few of the Pokemon that can undergo the Gigantamax transformation. These include Drednaw and Corviknight (two previously revealed Pokemon that are new in Sword and Shield), as well as Alcremie, a new Fairy-type Pokemon that was revealed this week.

We also learned more about the games’ Pokemon Gyms and the Galar Region Pokemon League. There will be eight Gyms Badges to collect in each game as part of the overall “Gym Challenge.” However, some towns in the Galar region will have different Gyms, depending on the game trainers are playing. Specifically, in Pokemon Sword, players will take on Bea, who specializes in Fighting-type Pokemon, while in Pokemon Shield, they’ll challenge Allister, a specialist in Ghost-type Pokemon.

Once players complete the Gym Challenge, they’ll be able to participate in the Champion Cup tournament to earn the chance to challenge the region’s reigning Champion.

Lastly, The Pokemon Company and Nintendo announced that if players purchase the Pokemon Sword and Pokemon Shield Double Pack (which contains both games), they’ll receive two codes (one for each game) that allow them to receive special in-game items called Dynamax Crystals. Trainers can use these Crystals in the Wild Area to unlock a special encounter with Dynamax Larvitar and Dynamax Jangmo-o. Normally, Larvitar won’t appear in Pokemon Sword and Jangmo-o won’t appear in Pokemon Shield, but these Crystals will allow them to be captured in either game.

Or, if players download Pokemon Sword or Pokemon Shield from the Nintendo eShop by January 15, 2020, they’ll receive a code that gives them 12 in-game Quick Balls. These Balls have a better chance to capture a wild Pokemon if they’re used as soon as a battle begins.

Are you excited to play Pokemon Sword and/or Pokemon Shield? Let us know in the comments, or tweet us @superparenthq.