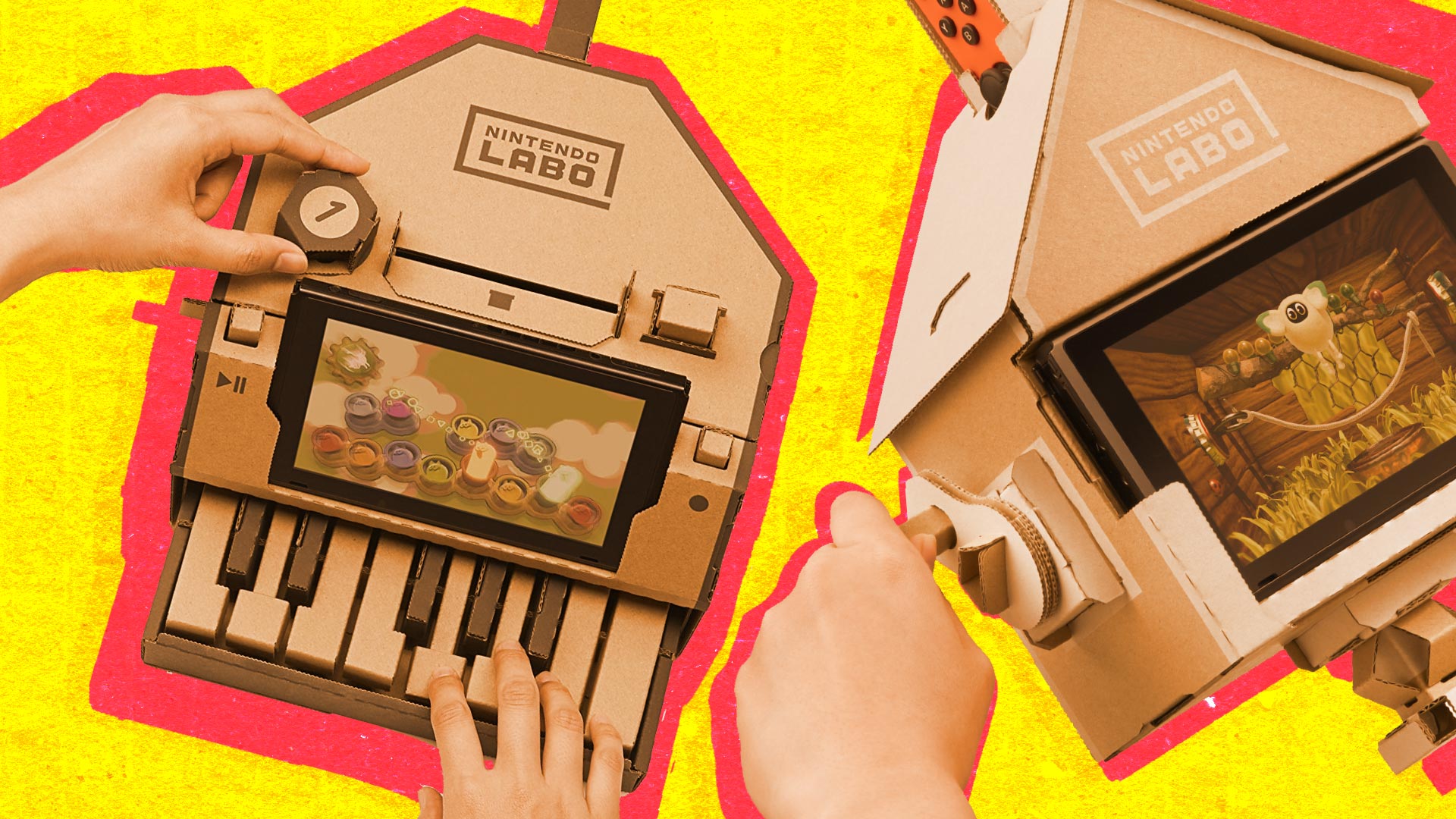 Nintendo has a reputation for looking at games in ways other companies couldn't even imagine. The company is constantly coming up with new ideas and contemplating opportunities to play in unique and diverse ways (for example, the motion controllers in the original mega-hit Nintendo Wii console).

When not working on Mario's next big adventure, Nintendo has a long history of inventive experimentation. Its next big leap is called Nintendo Labo.

Labo is a new accessory package for the Nintendo Switch console, which asks players to construct cardboard accessories from pre-printed kits, and use them to play special games. It could be one of Nintendo's most ambitious projects yet. Instead of merely thinking outside the box, in this case, Nintendo is thinking about the box itself.

While Nintendo Labo does include traditional gaming software, a major part of the experience comes from the player building peripherals, called Toy-Cons (as in, toy controllers), by folding and assembling the included cardboard sheets. The end result is a physical cardboard toy which interacts with the Labo games played on the Nintendo Switch. It's definitely a crazy idea, but also one that feels like classic Nintendo.

Nintendo Labo will launch on April 20th, 2018, and initially there will be two versions available. The packages, called Variety Kit and Robot Kit, both include pre-printed cardboard projects and a physical game cartridge.

The Variety Kit includes the most bang for your buck, with five different Toy-Cons to create. You'll spend your time turning cardboard into RC cars, a fishing pole, a working piano, a house for a virtual critter, and a set of motorcycle handlebars. All of these Toy-Cons will utilize special software you play on the Switch screen. Use the fishing pole to play a fishing mini-game, the motorcycle handlebars to race on a dirt track, the piano to craft your own melodies, and so on.

The Robot Kit includes a single larger cardboard project for $80. The Robot Toy-Con is absolutely massive in scale and takes the most time to put together. The end result is a life-sized robot suit for the player to strap on: a backpack which measures arm movements, a visor that flips down over your head, and a pair of robot shoes for stomping. The Robot Kit turns the player into a real-life cosplay robot, which goes hand-in-hand with the included game, where you'll be punching and crushing buildings while exploring a virtual landscape.

Nintendo says Nintendo Labo presents three core values to the player; Make, Play, and Discover. In the Make portion, players sit down to build their Toy-Con out of the included cardboard. This is handled with step-by-step instructions that play out on the Switch tablet screen, including 3D models of the work in proress. Once your build is done, you move on to the Play portion. This is when your Toy-Con creation is put to the test, letting you lumber through a city as a robot, or interact with a crazy creature living inside your newly-created cardboard house. Finally there's the Discover aspect, which is where you learn how the entire experience works. The Switch screen can give you an x-ray look under the hood of your Toy-Cons to see how the Switch hardware is turning your physical creations into a combined virtual and real-life experience.

The Toy-Cons work because they're interacting with the motion-sensing controllers the Switch comes bundled with. These controllers, called Joy-Cons, are usually slotted somewhere into your Toy-Con builds, and the built-in motion sensors bring your toy to life. This allows your RC car Toy-Con to vibrate across the table, and gives you the nibbling sensation of a fish on the line.

Parents and kids can work together to build these cardboard Toy-Cons, which can take from 15 minutes to a couple hours to build. There's even an aspect of Nintendo Labo called Toy-Con Garage, which lets the player build their own custom cardboard toys and find new ways to use them. This helps foster the imagination in players by letting them whip up whatever they can dream of through the use of their own cardboard scraps.

Nintendo Labo is the next entry in a long line of imaginative ideas from Nintendo. It's certainly a gamble, but an interesting one that takes screen time (a concern for many parents) and ties it in to the world of hobby building and "maker" culture.

Do you think kids will be interested in Nintendo Labo? Let us know in the comments section below.