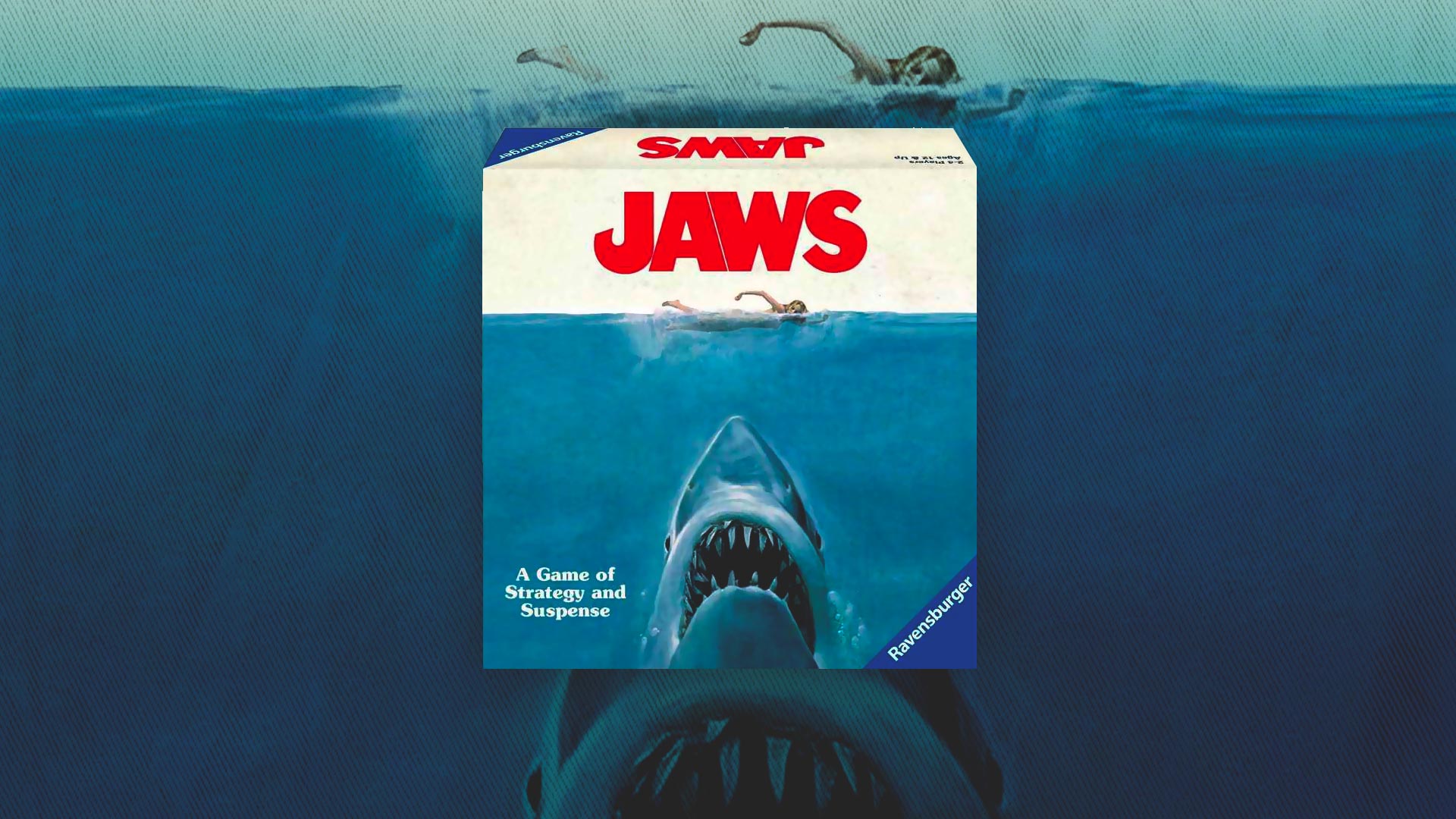 I’ll admit that I’ve only seen Jaws once; I think that I was 11 or 12 years old at the time. But from what I remember of my singular viewing of the iconic Spielberg film: it was scary and tense. I had no idea if the crew was going to make it out alive. And the Jaws board game takes that level of intensity and ports it to a two-phase asymmetrical experience where three people play as Chief Brody, Hooper, and Quint against the big bad shark, Jaws.

What is Jaws all about?

Jaws is a board game that unfolds in two acts, with up to three people playing as Hooper, Chief Brody, and Quint from the movie and another person controlling Jaws. The Amity Island crew and Jaws are working in opposition, as the shark wants to gobble up as many swimmers as it can before being detected and the crew wants to detect the shark as early as possible to prevent more people from becoming shark food.

The first act of the board game is spent navigating the beaches and ocean sectors of Amity Island, using deduction to detect where Jaws might be based on the number of swimmers he’s eaten and where they had been before they disappeared. While the crew is doing their thing to figure out where the giant menace of a shark is, Jaws is doing his own thing.

Because the entire game (both acts) hinges on suspense and not knowing where the shark is, the player controlling Jaws acts entirely in secret using a “shark tracker” notepad. In it, the shark player keeps track of where Jaws is, how many powers (because yes of course, the giant mythical shark beast has powers) Jaws has used, and how many swimmers he’s nommed.

The only information that the shark player has to reveal to the other players is how many swimmers have been eaten and where. Using that information, the crew can reasonably determine where the shark might be and use their individual talents (whether that’s dropping barrels, using a scanner, or looking through binoculars) to really pin down where Jaws is.

Once the crew successfully tags Jaws with two barrels, the board is flipped to the Orca, the iconic boat from the movie, and the crew has to figure out a way to kill the shark lest they become human-flavored chum. The shark, the crew, and the boat have hit points (although the sections of the boat have separate breaking points for damage versus full destruction).

Jaws, once again, needs to depend on the element of surprise as he circles the boat and tries to figure out which sections would be best to chomp on (and would do the most damage to the players he’s trying to chew up).

Each turn, cards are revealed to give the crew a better idea of where Jaws could be, since he can only attack sections that have been revealed by the cards. The crew chooses which section to focus on, whether that’s an individual choice or a group decision, and the rumble is on. The game ends when Jaws is fins up or the crew meets the business end of Jaws’ pointy teeth.

How difficult is this game to play?

Act One is probably more difficult than Act Two, since a lot more strategy is involved in detecting and evasion. The crew’s mechanics rely heavily on working in concert with one another to prevent Jaws from nomming swimmers, as the more people that Jaws eats, the more powerful he becomes and the fewer pieces of equipment the crew has access to in Act Two.

As long as you have one player on the crew side that understands what they’re doing and can guide the process, much in the way that any cooperative game works, you’ll be fine.

The shark’s part is a little bit more challenging, as it requires secrecy and therefore no one can help the shark player make their decisions. It’s a lonely, nefarious role as everyone else works together. It’s not necessarily a good role for children that aren’t used to playing asymmetrical games, but they may thrive being on a team with an older sibling or a parent. (Jaws has a 10+ age rating.)

Even if you’ve never seen the movie or interacted with the pop culture references at all, the game’s mechanics and theme stand on their own. Jaws predates me by quite a bit, but even I found the game incredibly enjoyable on its own merits.

Should I get this game?

If you only have small children in your house, skip it. For now. If you’ve got children that are a little older and don’t mind either defeating a scary shark or being a scary shark, Jaws is an excellent game to dive into.

The fact that the game is different each time that you play, especially if you change up strategies to include more complexity or more teamwork or whatever makes the most sense for that session, means that Jaws can be enjoyed many, many times before the gameplay gets stagnant. And for $29.99 at Target, you can be a mean scary shark, too.

Disclosure: Ravensburger provided SuperParent with a copy of Jaws for review purposes.