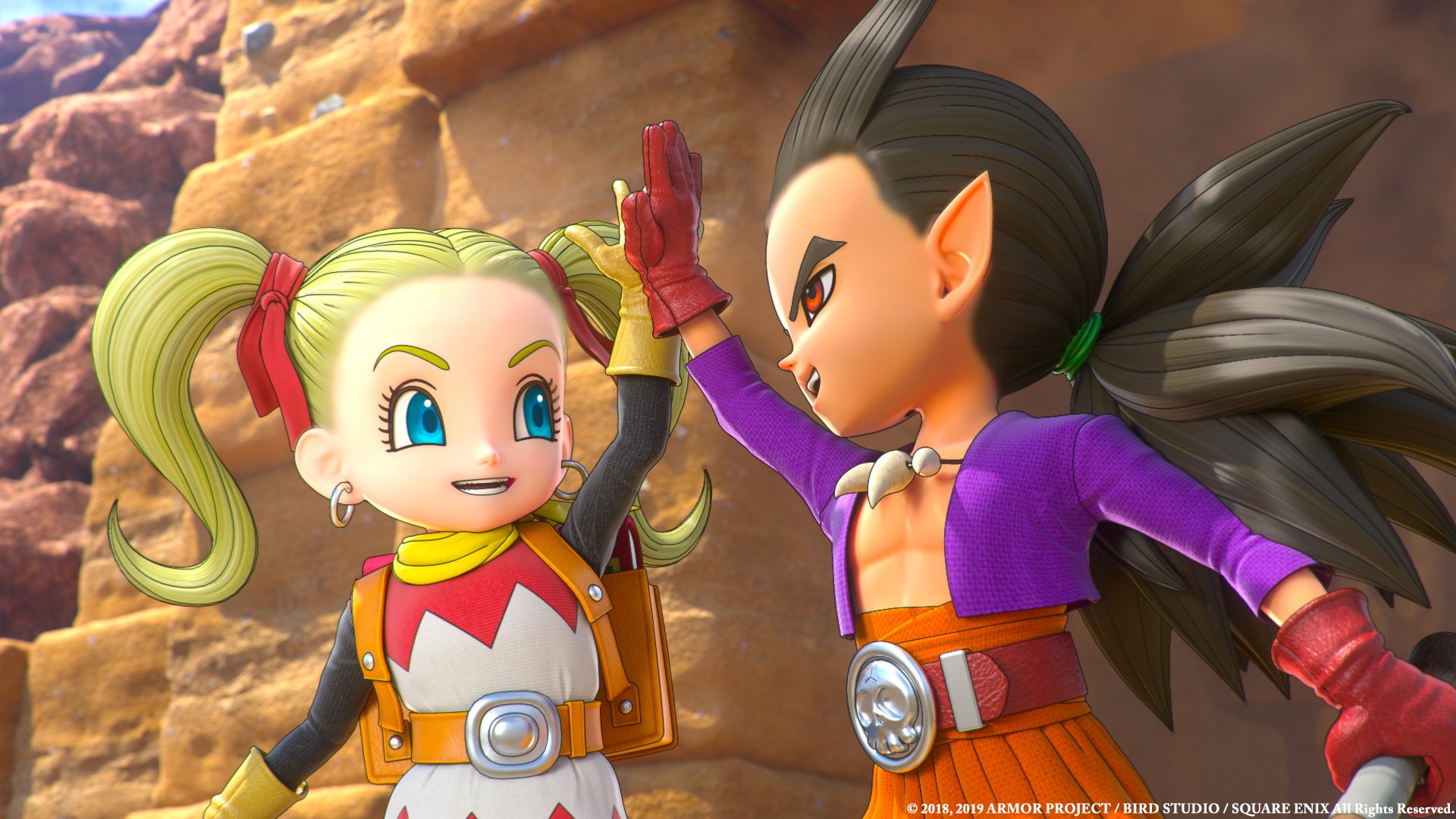 July is here, and with a new month comes new video game releases! This month will see the release of a few big-name family-friendly games (Dragon Quest Builders 2, Marvel Ultimate Alliance 3: The Black Order, and Fire Emblem: Three Houses), as well as some that are only appropriate for adults (like Wolfenstein: Youngblood).

Dragon Quest Builders 2 is the sequel to the original Dragon Quest Builders, which was released in 2016. The role-playing adventure game challenges players to defeat a cult called the Children of Hargon, which has “outlawed the building, cooking, and creation of all things.” To accomplish this, players will need to explore the world, defeat enemies, and collect materials that they can use to craft objects, build structures, and more. In addition to a single-player campaign, the game allows builders to team up with up to three other players (locally or online) in a multiplayer mode. To learn more about Dragon Quest Builders 2, check out our preview of the game from E3.

Great if your kids love: Dragon Quest Builders, Minecraft, The Legend of Zelda: Breath of the Wild

This action role-playing game challenges players to help heroes from across the Marvel Universe find the Infinity Stones and stop Thanos and The Black Order. The game includes dozens of playable characters, including the Avengers, Guardians of the Galaxy, and X-Men, among others. When playing solo, players can create and control a team of four heroes (each character has different abilities), and switch between these characters at any time while playing. Or, players can work with up to three others to defeat enemies via local or online multiplayer. Three paid downloadable content (DLC) packs will be released after the game’s launch, adding more content to the experience for those who are interested in purchasing the packs.

This newest installment in the Fire Emblem franchise allows players to become a professor of one of three in-game houses (The Black Eagles, The Blue Lions, and The Golden Deer), with their choice affecting the game’s story. Players can teach their students “to help them grow in the skill sets required to become specific classes.” The game features tactical, turn-based battles that take place on a grid-based battlefield, and it will allow players to use battalions to support their units during battle.

Wolfenstein: Youngblood is the latest game in the Wolfenstein franchise. It stars Jess and Soph Blazkowicz, who must defeat Nazis in 1980s Paris as they search for their missing father, BJ (traditionally the main character of the Wolfenstein series). Players can either go it alone, controlling one character while the computer controls the other, or team up with a friend for cooperative gameplay. Wolfenstein: Youngblood is rated M for Mature by the ESRB, with content descriptors for “Blood and Gore,” “Intense Violence,” “Strong Language,” “Users Interact,” and “In-Game Purchases.”

Try These Games Instead: Destiny 2, Overwatch

WILL: A Wonderful World, PlayStation 4

Lucah: Born of a Dream, Switch

Illusion of L’Phalcia, Xbox One

What Remains of Edith Finch, Switch

They Are Billions, Xbox One

Focus On You, PC [VR Required]

Focus On You, PlayStation VR

Welcome to Hanwell, Xbox One

Robbie Swifthand and the Orb of Mysteries, PlayStation 4

The Blackout Club, PlayStation 4, Xbox One

Solo: Islands of the Heart, PlayStation 4

Bear With Me: The Lost Robots, Switch, PlayStation 4, Xbox One, PC, iOS, Android

Bear With Me: The Complete Collection, Switch, PlayStation 4, Xbox One, PC, iOS, Android

The Tower of Beatrice, Switch, PlayStation 4, Vita, Xbox One

Solo: Islands of the Heart, Xbox One