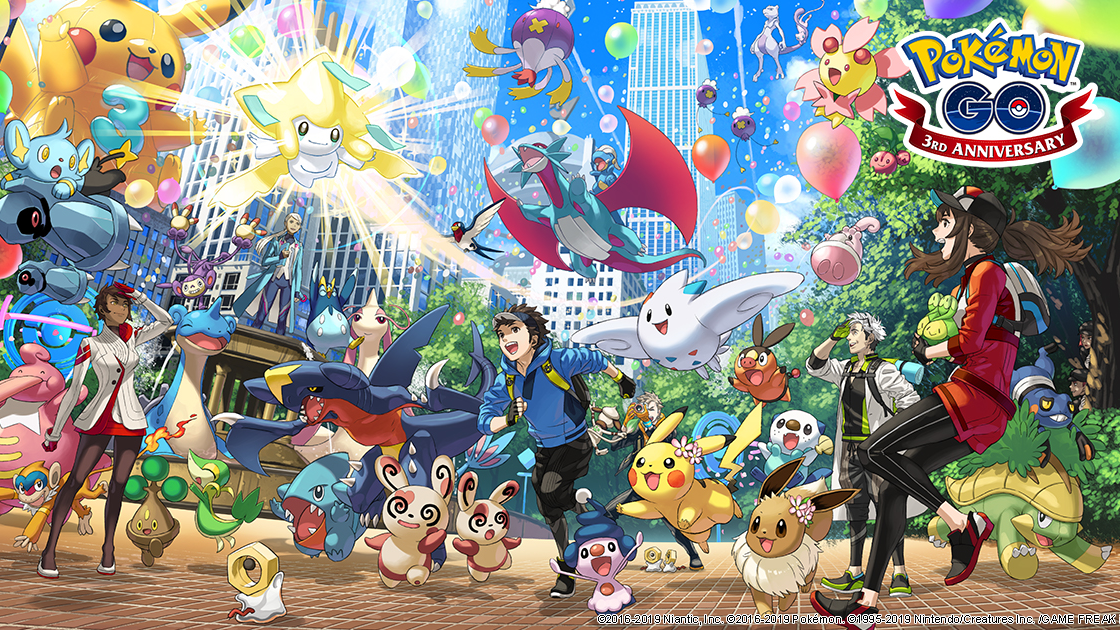 Pokemon Go launched on mobile devices in July 2016. Now three years later, the game is still popular with trainers all over the world, who have built quite the collection of pocket monsters over the years.

To celebrate the game’s third birthday, Niantic, the game’s developer, announced a variety of in-game events and bonuses that will kick off this week. Here’s everything we have to look forward to.

Starting at 4 p.m. ET on June 28, Shiny versions of some Alolan Pokemon (Rattata, Sandshrew, Vulpix, Diglett, Meowth, Geodude, Grimer, and Exeggutor) will begin appearing in the game. New avatar items based on the game’s three team leaders will also be added to the in-game store at that time.

Finally, from June 28 at 4 p.m. ET to September 2 at 4 p.m. ET, players will have access to new “Jump-Start” Special Research tasks. Players need to be at least Level 10 to access these tasks.

Plus, during this two-month window, Niantic said that you’ll be able to “[t]ake down Raid Bosses faster and earn extra bonus Premier Balls to catch them with when you raid with friends.” All Pokemon trades will also cost 1/4 less Stardust than normal during this time.

To go along with these announcements, Niantic released a new piece of artwork featuring all sorts of Pokemon and other in-game characters (check it out at the top of this post). Eagle-eyed trainers will notice that Snivy, Tepig, and Oshawott, the “starting” Pokemon from Generation 5 of the Pokemon universe, are included in the picture. Since Gen 5 hasn’t been released in Pokemon Go yet, this gives us an exciting preview of things to come (perhaps soon).