Dr. Mario World Will Let You Bust Viruses on Mobile This July 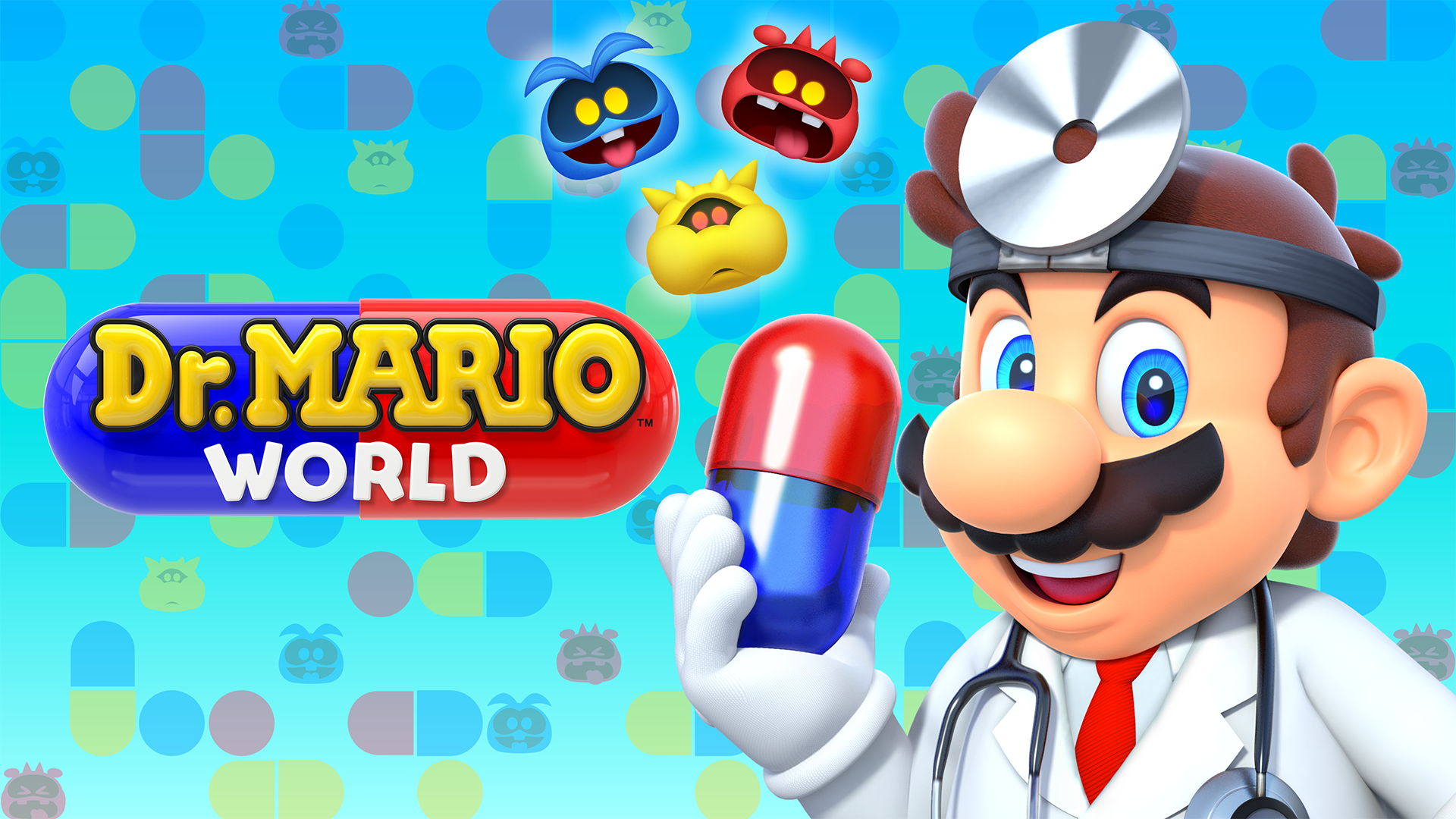 The original Dr. Mario was released on the Nintendo Entertainment System in 1990. The puzzle game challenged players to help Mario -- dressed as a doctor -- eliminate colorful viruses by matching them with pills of the same color. Dr. Mario has been re-released on many platforms over the years, and Luigi even took his turn squashing viruses in Dr. Luigi on Wii U in 2013. Now, the franchise is being given a free-to-play twist with the upcoming release of Dr. Mario World on iOS and Android.

Viruses come in three colors (red, yellow, and blue), and players will need to create a line of three-or-more matching “pieces” (a combination of viruses and pills) to remove a virus from the screen. Pills come in two halves, so players can use only one side of a pill in a match, leaving the other piece behind. Matches can be made using horizontal or vertical lines.

Taking a cue from match-three and bubble shooter mobile games, Dr. Mario World will challenge players to complete each level (eliminate all of the viruses) using a limited number of pills. A variety of power-ups and other tools, like bombs and Koopa shells, will help players complete stages. Each doctor will also have a special skill that players can unleash during a stage.

Since Dr. Mario World will be free-to-play, the game will feature premium currency, allowing players to spend real money on things like power-ups, stamina (which is spent to begin a stage), additional doctor characters, and more.

Finally, in addition to single-player levels, a Versus Mode will let players compete in one-on-one battles with other players online in real time.

Keep checking back with SuperParent, as we’ll bring you more on Dr. Mario World once the game launches on July 10.