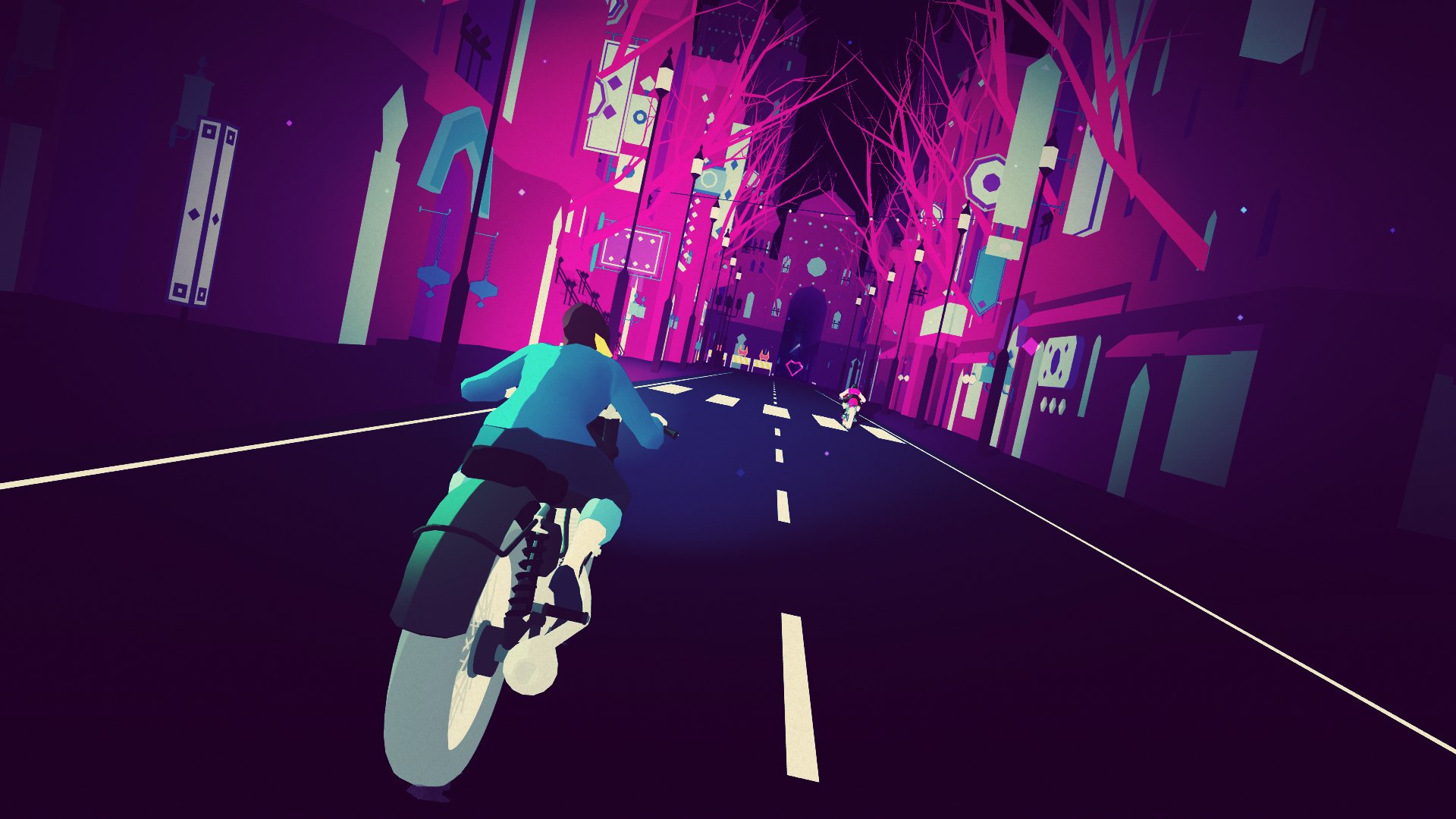 Sayonara Wild Hearts is a brightly colored diversion for developer Simogo. The Swedish developer has previously created the creepy Year Walk and sinister Device 6. Both are artistically compelling, but not the best fit for families.

The latest outing, coming this year to Nintendo Switch (“and other platforms,” according to the studio) starts off simple. Players are introduced to the world in which the Tarot arcana secretly hold sway. The heroine, who recently had her heart broken, is visited by a colorful butterfly that unlocks her inner masked persona, The Fool.

As The Fool, players skate, ride motorcycles, fly, and soar upon Tarot cards through a variety of eye-popping settings to collect hearts and move through diamonds to rack up as high a score as possible. The levels start with shorter tracks, beginning with Claude Debussey’s Clair de Lune. There’s a short break between for players to catch their breaths, as difficulty ramps up.

Sayonara Wild Hearts begins with The Fool on a skateboard, collecting hearts with no obstacles. This eases players in so they can get the hang of moving across the track in time with the music to nab as many collectibles as possible.

Unlike many rhythm games, the perspective shifts at key moments. This both adds to the challenge and creates visually spectacular moments.

As the E3 demo progressed, The Fool encounters her first opponents, the Dancing Devils. The trio of motorcycle warriors are a formidable match, as they mark the inclusion of a new rhythm challenge. Players will need to dodge fireballs and precisely time button presses to counter attack all while weaving in and out of a heavily trafficked city with tight passages.

Getting hit by a fireball or running into a wall on your motorcycle doesn’t have dire consequences. The game quickly rewinds to the beginning of the most recent segment and gives you another chance. This doesn’t seem to affect your score, increasing the accessibility.

The music choices for Sayonara Wild Hearts are largely up-beat and cheery. Even while in combat, the game exudes energy and enthusiasm.

Sayonara Wild Hearts reminds me of Nintendo DS classic Elite Beat Agents. It’s good and pure, with a fantastic soundtrack that will likely keep players coming back for more.