How to Help Kids Who Want to Make Games 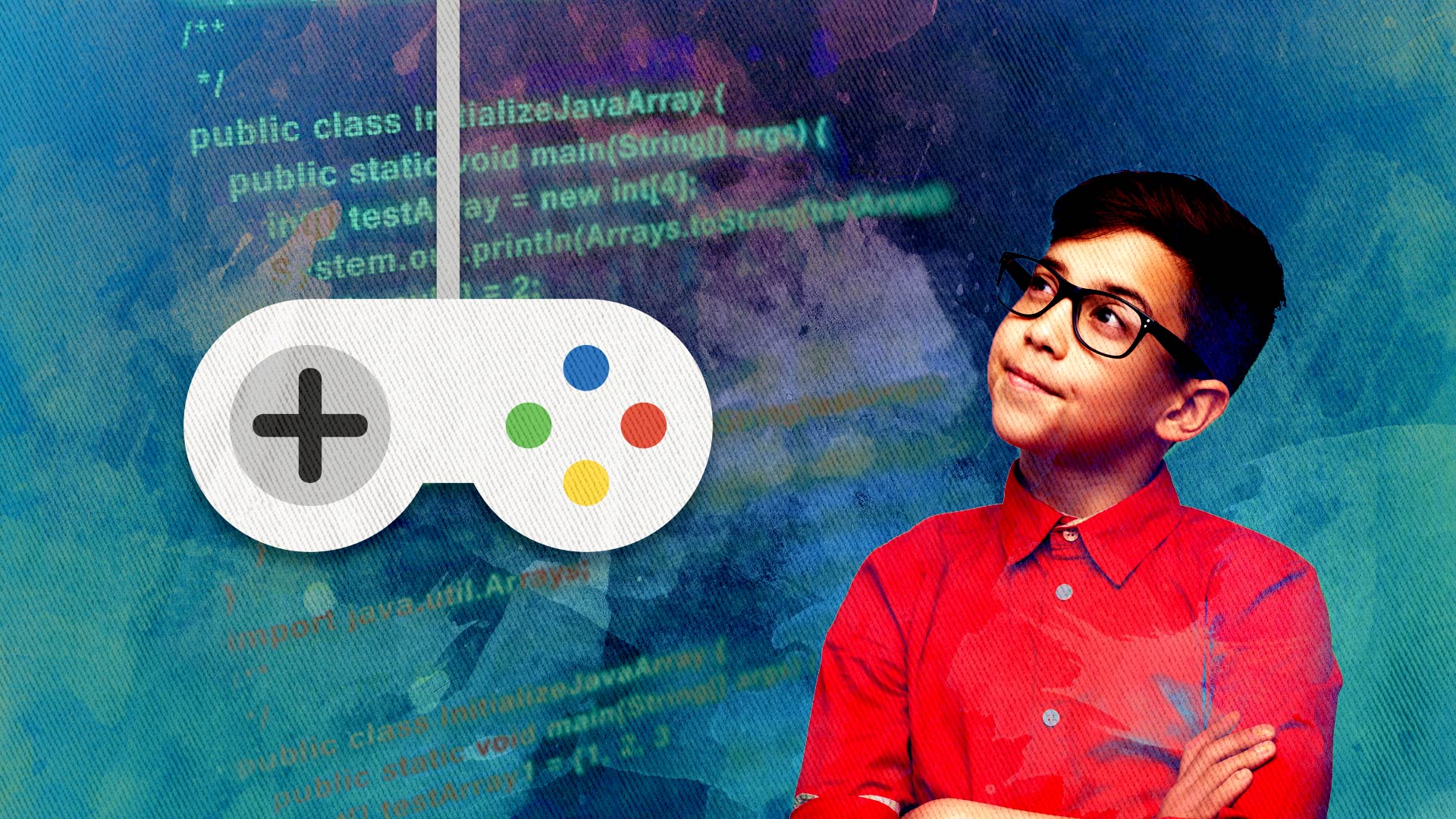 If your children are into video games – and if you’re reading this, that’s a safe bet – the chances are high that you’ve heard them talk about the kind of game they could make if they had the chance. It’s a common fantasy, but it’s actually more than possible.

When I was an ‘80s kid playing my Commodore 64, Activision published Garry Kitchen’s GameMaker, a creation suite from the designer responsible for several million-selling games. The software allowed me to create pixel art, compose music and assemble logic rules and animations for all kinds of games. It laid the foundation for my later career in game production by teaching me how the disparate elements of a computer game come together.

Since then, game making software has become both more robust and easier to use. And kids are jumping in with both feet. In 2011, a game called Bubble Ball coded by 14-year-old Robert Nay knocked Angry Birds from the top of the iPhone App Store and earned him $2 million. Beats getting a paper route!

If you want to help your kids take the next step into creating their own games, here’s a guide to tools and resources for all age groups that will get them started.

Kids are born game designers, as the fifteen million variants of Tag played at recesses around the country aptly illustrate. They instinctively grasp the concept that a game is a collection of rules designed to create maximum fun (and sometimes maximum fairness). But there’s a lot of work that goes into creating and balancing a game, and it’s a skill that can be learned and honed. Here are a few tools to help them do that.

Funded by a grant from the MacArthur Foundation, Gamestar Mechanic is an engaging web-based platform that puts aspiring designers in a world powered by games. When those games go awry, “mechanics” must dive into their nuts and bolts to make them work again. As they play, they collect items and characters to make their own games. With courses taught by professional designers, this is an exceptional platform to polish rough ideas on.

One of the most popular tools for indie game development, YoYo Games’ Game Maker platform can be used across a wide variety of ages and skill levels. For beginners, the simple drag and drop interface lets them create gameplay across a variety of genres quickly and build levels and environments with ease. Under the hood, though, GameMaker boasts a powerful proprietary language called GML that is capable of accomplishing some mighty feats. In addition, games made with the software can be exported to dozens of platforms including the Nintendo Switch.

If there’s one skill that’s just going to increase in value in the 21st century, it’s computer programming. Software is at the heart of just about every object in our homes, and learning the basics of coding is a hot topic in school STEM programs. Much like learning a foreign language, programming is something that it’s best to start early. No matter what programming language your kid chooses, they’ll pick up core precepts of programming that can be carried throughout their career. In addition, there’s evidence that learning to code can help hone problem-solving skills that can be used in other areas.

Kids as young as two have used Kodable to discover the essential elements of computer programming – loops, conditions, functions and more. Because it’s a completely non-verbal experience, it’s accessible to any age level. Over 105 maze-like levels, players use directional arrows and other symbols to guide fuzzy alien creatures along paths to their goal. The first 30 levels are free, and as the program goes on, it introduces more complex concepts in a clear, efficient manner.

Created by the MIT Media Lab, Scratch is one of the best ways for kids to get their feet wet in programming. Using a visual interface, users assemble “blocks” of code with defined functionality to create games, interactive stories and toys. Scratch introduces children to the ordinal system of positioning on the X and Y basis, the concept of object-oriented modeling where “actors” in the program have “scripts” to follow and more. It’s recommended for 3rd grade and up, but younger kids can probably use it with some hand-holding.

If your kids are tablet-oriented, Codea is a spectacular way to turn touchscreen time into programming skills. Based off of the Lua programming language, it’s a toolkit that contains lots of useful functions like drawing to the screen, reading inputs and the like. Many professional designers use it to quickly prototype ideas and test them on the iPad screen. If your kids come up with something they’re really proud of, Codea lets them save their work as XCode projects that can be shared with friends, even if they don’t have the software on their tablets.

A free web-based platform for teaching Javascript and Python, CodeCombat is incredibly robust and easy to use. Set in a fantasy world, players must guide adventurers to their fate by employing a wide selection of real code commands. The difficulty ramps up quickly, as concepts like loops and conditionals are introduced within the first few hours, so this is probably best for high school students or particularly motivated middle-schoolers. Unlike many of the other programs on this list, CodeCombat is a stickler for context and spelling, which is important when users make the transition into programming for real.

One of the best ways to ease kids into designing and creating their own games is through play-based sandboxes. These start out as regular game experiences but come with a suite of tools to modify and change the gameplay, graphics and more. Here are two of the most popular and robust sandbox games.

Obviously we don’t need to tell any kid to play Minecraft. It’s a global phenomenon for good reason. But after they’ve explored the Nether to their heart’s content, they can use the block-based world to explore and program. The Minecraft Coder Pack gives kids the tools to modify every element of their game world, as well as create new functionality, enemies and more. It’s a bit of a steep difficulty curve, but hundreds of YouTube tutorials are out there to get them up to speed.

If your gamers are looking for something a little more user-friendly, Roblox is an incredibly popular platform used by millions to create and share game worlds. Based around the Lua programming language, it is a popular platform for aspiring designers to monetize their hard work, and in 2017, Roblox creators earned $30 million from sales of games and assets they created. Again, YouTube is the place to go for tutorials on getting started.

Whatever tools your kids use, making games can be a tremendously satisfying experience that stealthily teaches them logic, mathematics and communication. The satisfaction from finishing a project is awesome, and watching their friends play through it can be a real bonding experience.