E3 2019: Planet Zoo Is a Park Sim With an Emphasis on Conservation and Education 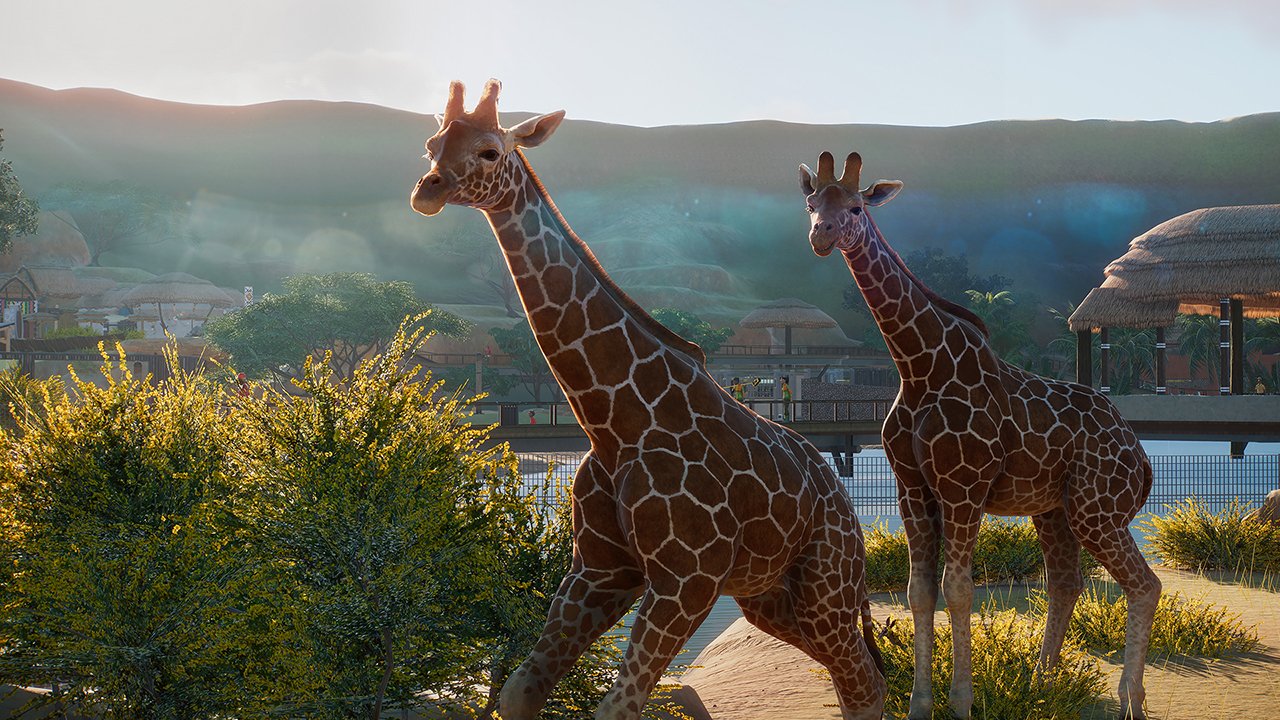 Frontier Developments is turning its more than 15-year history of developing amusement park simulators in a new direction. The studio is building out its current sim portfolio, which includes Planet Coaster and Jurassic World Evolution, with the upcoming Planet Zoo.

Debuting this November 5, Planet Zoo will feature more than 50 animals in a number of different biomes. The E3 2019 demo was focused on a Safari-style zoo set in the African savannah, with the purpose of repopulating endangered species and releasing them into the wild.

Planet Zoo will challenge players to manage the needs of the animals, including nutrition, social, habitat, and enrichment. Using free-form design tools, players can map out animal enclosures, craft them to meet the animals’ terrain needs, and add enrichment elements like scratching posts and climbing apparati. A happy animal is one that is likely to live longer and procreate.

Frontier says that the entire life cycle will be represented, with births celebrated and deaths mourned. Each creature is unique, with its own assigned name based on its place of origin, genetics based on its parents, and behaviors responding to the environment and other creatures present.

Some animals prefer to be in larger packs and play well with others. Placing giraffes and sprinkbok in the same habitat works well. Saltwater crocodiles should be kept in smaller groupings and far away from potential meals.

In order to care for the animals, you’ll need a staff of zookeepers to feed and water them (not to mention use the patented “muck suck” to clean up after the plentiful fecal deposits made by the residents). Keepers move about between enclosures on their own paths to stay relatively hidden from park guests.

Planet Zoo features a first in the series, with interiors of the keeper facilities, like kitchens. Exhibits with smaller animals, like iguanas, can also be built up to support the educational efforts of the facility.

Managing guests is the other major layer of the game, as you ensure that visitors have access to food, beverages, and bathrooms. For the first time, you’ll also be able to direct research to improve the educational value of each exhibit. Display screens will offer up more information as you invest time and resources in each species.

Frontier worked with zoos to ensure authenticity both in terms of animal behavior and the educational content presented within the game. This pairs excellently with the studio’s attention to detail.

Fur and scale detail on the animals are gorgeous when zoomed in. However, it’s the eyes that deserve the most credit. Our guided tour took us through the chimpanzee enclosure, as we watched the animals play, sleep, and groom one another. A close up showed life behind the animals’ eyes that is both beautiful and impactful.

Planet Zoo is a series of complex systems layered on top of one another, though a narrative campaign will ease players in. With lifelike animals exhibiting authentic behavior and an educational component that helps drive home the importance of modern zoos, Planet Zoo is shaping up to be both a great game and an engaging learning experience.