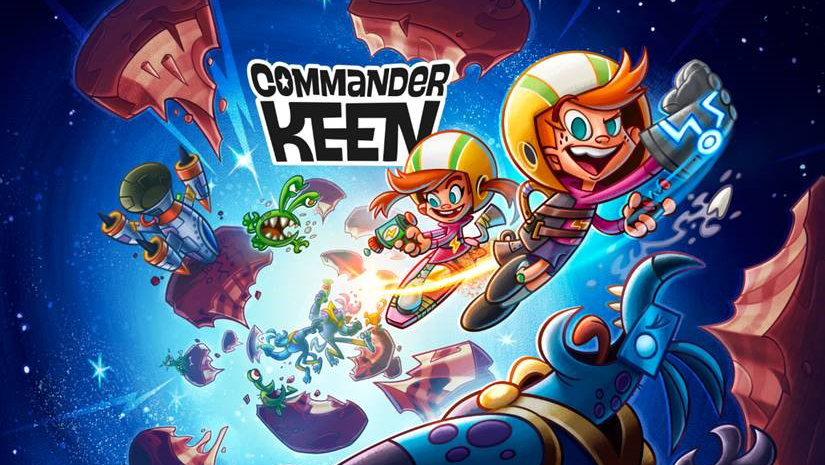 Ahead of the Electronic Entertainment Expo (E3), which takes place from June 11-13 in Los Angeles, video game company Bethesda held its annual press conference to show off some of its current projects.

While many of Bethesda’s games are rated M by the ESRB (meaning they’re recommended for players 17+), the show did include a few major family-friendly announcements.

The original Commander Keen games were released on PC in the early 90s. The side-scrolling platformers followed a young boy named Billy Blaze (also known as Commander Keen) on his quest to defend Earth from aliens. Now, the series is being given new life as a free-to-play mobile game for iOS and Android devices. Simply called “Commander Keen,” the game stars Billy Blaze’s twin children, Billy and his sister Billie, who will need to follow in their father's footsteps and save Earth from alien forces.

The game will feature both a single-player story mode, as well as real-time multiplayer races in a Battle Mode. Players will be able to collect cards to create a deck full of different gadgets, weapons, and other items that they can use to defeat enemies. While the game’s release date wasn’t revealed, players can register now on the game’s website to receive updates and an exclusive Space Keen costume in the game once it launches.

The Elder Scrolls: Blades launched for free in early access on mobile devices back in April, and the game’s first major update was announced during the show (and released the same day). The update adds a new quest line for players to complete, featuring dragons. In addition, the game now has new jobs, new decorations for players’ towns, new jewelry that can boost players’ stats, and more. While games in the Elder Scrolls franchise traditionally have an M rating due to their adult content, The Elder Scrolls Blades is rated 12+ on iOS and T for Teen on Android.

The Elder Scrolls: Blades for Switch

This fall, The Elder Scrolls: Blades will be released on Switch. Players will be able to carry over their progress from the mobile game, or start over from the beginning.

The Elder Scrolls: Legends is a free-to-play, T-rated multiplayer card game set in the Elder Scrolls universe. The game’s next expansion, Moons of Elsweyr, focuses on the home of the Khajiit, a cat race in the world of Elder Scrolls. The expansion will add over 75 cards to the game. Moons of Elsweyr will be released on June 27 for PC, iOS, and Android. Players can pre-order the expansion now in the in-game store to unlock an exclusive card back and title.