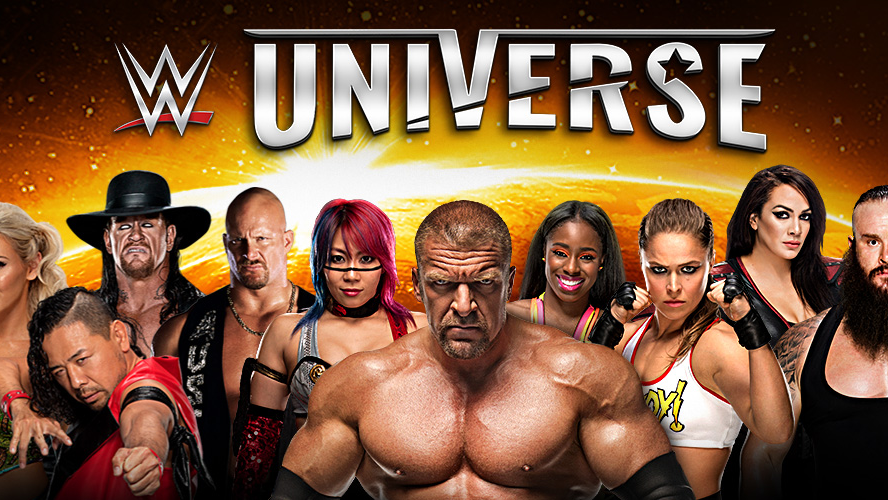 WWE Universe a free-to-play wrestling game on iOS and Android, which allows players to create a roster of over 200 WWE Superstars from past and present, and take them into single-player and multiplayer battles.

Each match challenges players to defeat their opponent(s) using a combination of light, medium, and heavy attacks, as well as their Superstars’ signature and finishing moves. Unlike a traditional fighting game, which may focus on fast-paced combat and complicated combos, matches in WWE Universe can be played with a single finger or thumb. Players can tap the button for the move they want to complete, and the animation will play out on the screen.

At certain points during each match (for instance, when players are attempting a Superstar’s finishing move), a meter will appear on the screen that has a line moving back and forth across it. Players are challenged to tap when the line is as close to the center of the meter as possible to deal the most damage or counter their opponent’s attack.

Finally, if the player’s Superstar is about to be pinned, they’ll need to tap rapidly on the screen to kick out.

While the basic gameplay is the same across each match, each Superstar (both male and female) has a different rating, which can change a match’s difficulty. That is, if the player’s Superstar has a lower rating than their opponent’s rating, they may deal less damage and have a harder time coming out on top (if they even do win). That being said, players can train their Superstars over time to make them more powerful.

This multiplayer feature allows players to chat with one another, so players may be exposed to inappropriate language from strangers. Players can also join Clubs with others.

In addition to buying mystery boxes, players can spend currency on things like in-game energy, which is used to complete matches, and health packs to restore their Superstars’ health in between matches.

WWE Universe is available to download for free on iOS and Android devices. The game is rated 12+ on iOS and T for Teen on Android. While the gameplay doesn’t contain graphic violence or gore, it does feature some mature references, such as a move called a “low blow.”

Check out 11 minutes of gameplay from WWE Universe in our SuperParent First Look below to see if this is a game your teens would enjoy.