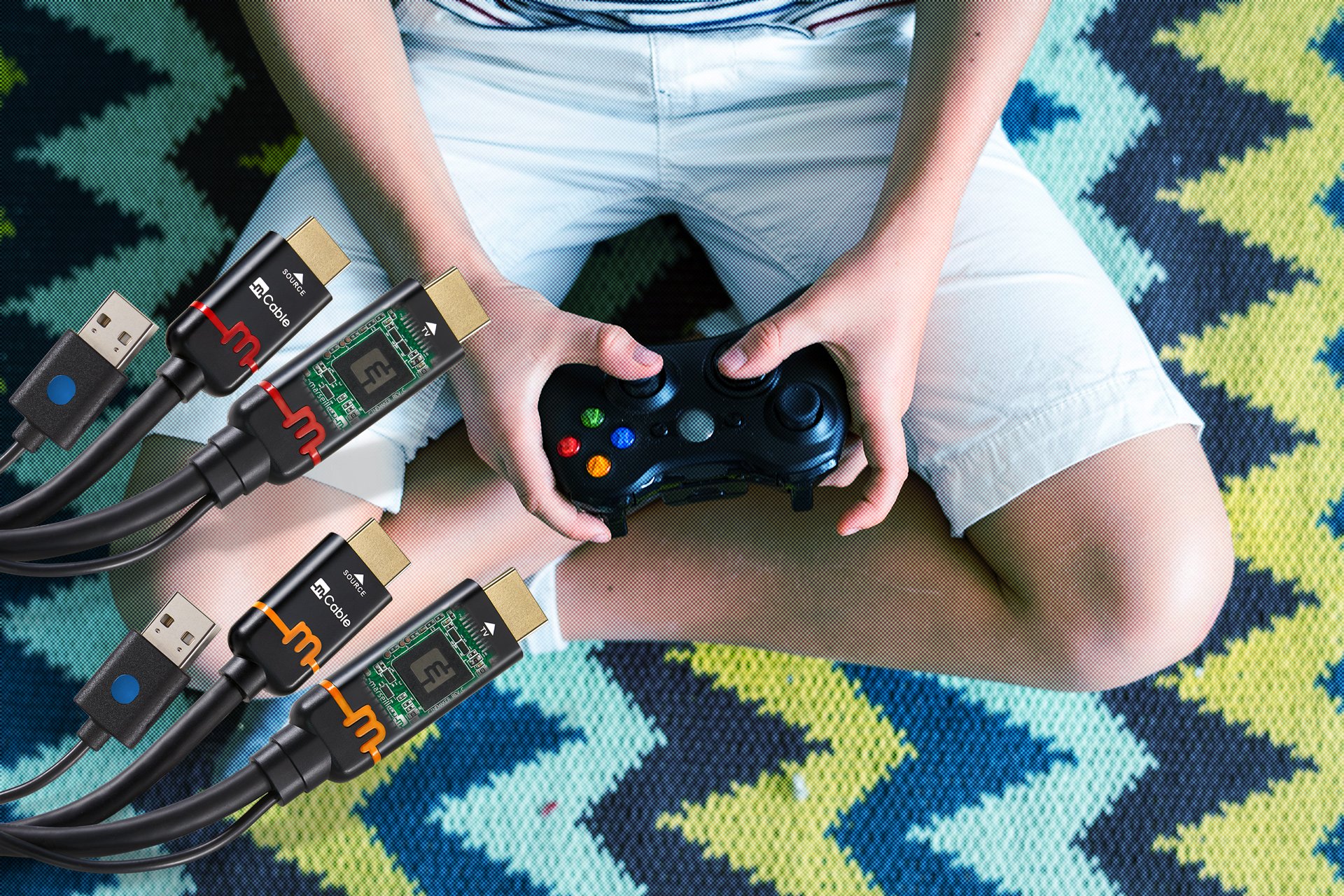 We live in an age of backwards compatibility and re-releases of classic games that allow us to share the experiences we had as children and teens with the kids in our lives. There are a myriad of ways to interact with those retro titles, including mini consoles, Nintendo's online service, and the staggering number of remasters from the last five years.

Unfortunately, not every one of your favorites gets the remaster it deserves. You can certainly play the originals, but most were never intended to be displayed in high definition on a gigantic screen. As a result, these now-classic games look blocky and blurred when you dust them off for another look.

Marseille's mCable is a great solution for breathing new life into the games we're itching to share with the younger crew, especially. mCable is an incredibly powerful HDMI cable featuring a built-in processor. It's relatively easy to use, as well: plug one end into the source, the other into your screen and the dongle into any powered USB port and the cord goes to work. It’s built to upscale games to HD or 4K quality visuals. More than that, the mCable processes every pixel on display in real-time to provide anti-aliasing which smoothes out those jagged pixelated edges.

The results speak for themselves. In fact, we’re going to show you just a couple quick examples in a second.

We first took it for a spin with Marvel Ultimate Alliance on Xbox 360, which is a multiplayer superhero game from 13 years ago. Jumping into a new game, not only did the mCable upscale the game from 720p to 1080p and give it a smooth 60 fps run, it was noticeably different when compared against the output from a regular HDMI cord plugged into the Xbox 360.

The rough, pixelated edges were smoothed out. Textures became sharper. And, thankfully, the whole experience played without taxing the creaking Xbox 360 hardware, since the mCable’s built-in processor does all the heavy lifting with the visuals. It boosted the quality of Marvel Ultimate Alliance so much that it could potentially pass for an HD re-release of the same game. Seeing the results here, we had to throw more games at it and see what other graphic magic the mCable could pull off.

Fallout: New Vegas is emphatically not a game to play with the kids, but it is a huge open world game with its fair share of visual quirks, so to speak. We wanted to see how the mCable could handle a world that was, in of itself, sometimes a buggy mess. To that end, it also performed admirably. Like with Marvel Ultimate Alliance, it smoothed textures, made edges cleaner, and sharpened textures.

Then something kind of magical happened.

When we were using the mCable, we noticed shafts of sunlight coming through the window of a room at the start of the game, a detail we hadn’t seen before. We tested a couple times with regular HDMI to see if this was a glitch, but it only showed up when we had the mCable connected. Upon further testing, the mCable continued to clean up visuals, enhance detail and make everything smoother and less choppy looking. All-in-all, it was a pretty enjoyable revisit with a fresh lens through the mCable.

We will say that the mCable does its best work boosting games from the early days of 480p content through to the era of the PS3, Xbox 360 and Wii U. The consoles that were only just HD, but are now showing their age.

Going way back to the 8-bit and 16-bit console eras, those with dusty old cartridges in the cupboard will also see an improvement, albeit not as pronounced. The simple pixel sprite graphics of games from the 80s and early 90s don’t have as much to work with, but even those are smoothed and sharpened. The very early 3D games, like Star Fox on the SNES, benefit most obviously, but even the most basic 2D platformer is easier on the eye on a large flatscreen through the mCable.

Really, the mCable gives a helpful bump for pretty much all pre-HD games content.

Cinemaphiles can also jump on the mCable train if they want to boost the visuals for the old DVD collection. Working in a similar fashion to the gaming version, the mCable Cinema Edition upscales on the wire, remastering your old discs and brings them up to near Blu-ray quality on today’s sets.

Whether you’re looking to tighten the graphics on stuff you haven’t played in a decade or go back down memory lane with your favorite films, mCable is definitely worth considering. It costs $129, which is a whole lot cheaper than investing in a new console or re-purchasing your old family favorites in remastered versions. The mCable is an excellent addition to any retro-centric gaming household -- get yours from the official Marseilles store.