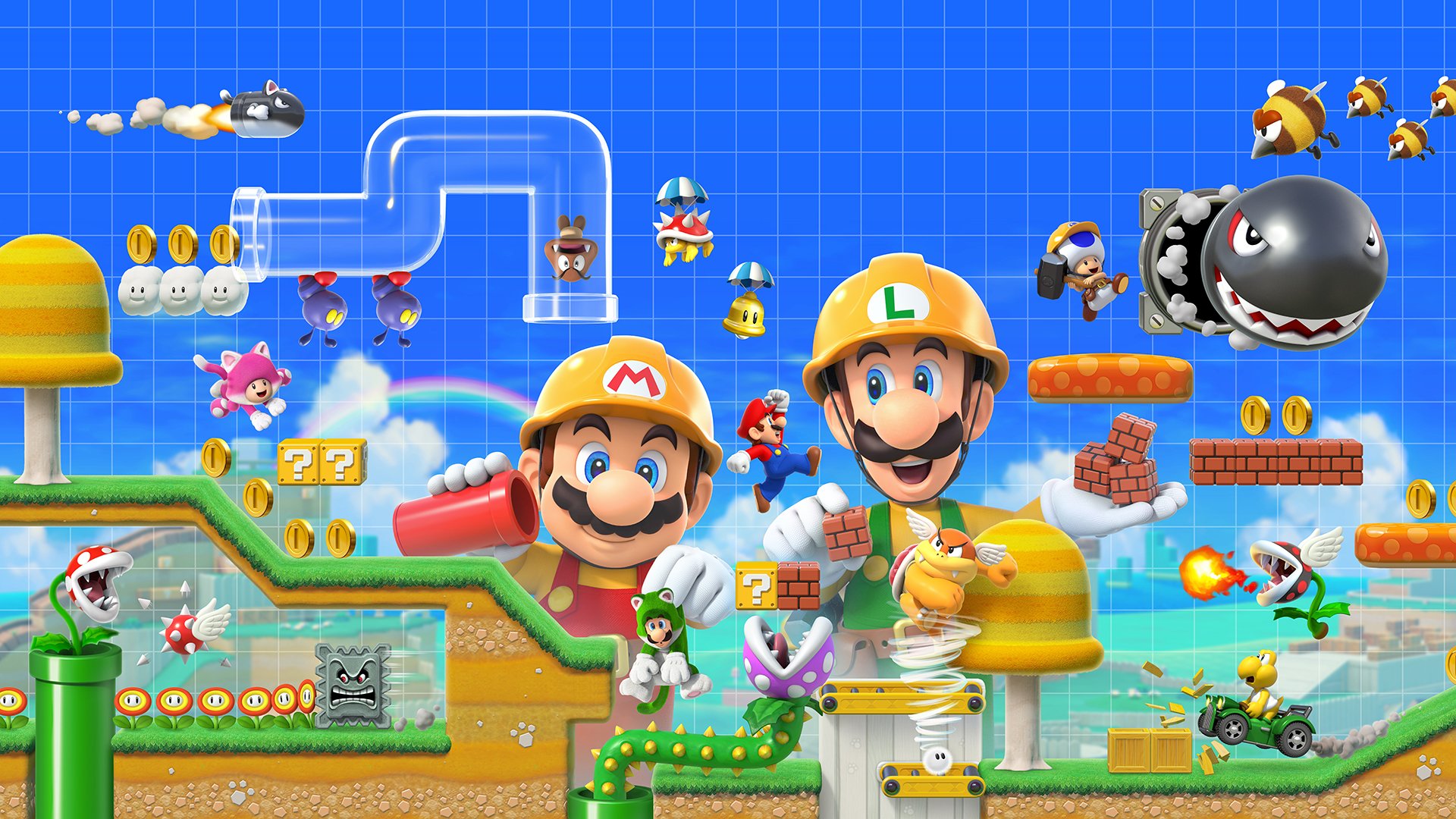 Summer is practically here! If you’re looking for ways to beat the heat indoors, two big-name, family-friendly releases are coming out in June, along with a side-scrolling role-playing game for teens, and a 3DS game that's ok for adults to play on their own.

Super Mario Maker 2 is the sequel to the original Super Mario Maker, which was released on Wii U in 2015. The game will allow players young and old to create their own Super Mario-style levels and share them with the world, as well as download and play levels created by other users. For this sequel, players will be able to choose from new themes and level elements, such as slopes and the Angry Sun. In addition, a brand new Story Mode will introduce players to some of the game’s many design elements as they complete 100 stages created by Nintendo itself. For more on Super Mario Maker 2, check out our guide, or this hands-on preview shared by our friends at Shacknews.

This family-friendly kart racing game is a remake of the original Crash Team Racing, which was released on PlayStation in 1999. It stars characters from the popular Crash Bandicoot franchise, who must get behind the wheel on a variety of racetracks in order to protect their planet from the evil Nitros Oxide. Similar to other kart racing games, Crash Team Racing lets players collect items as they race, which they can use to sabotage their opponents or give themselves a temporary boost. While the game is coming to PlayStation 4, Xbox One, and Switch, PlayStation 4 players will receive access to exclusive “Retro” content based on the original version of the game.

Bloodstained: Ritual of the Night
Rated T
Appropriate for: Teens who are comfortable with dark themes

In this “gothic horror side-scrolling role-playing game,” players are taken to 19th century England, where they must help an orphan named Miriam save the world by defeating demons inside a large castle. Players will be able to collect a variety of weapons and equipment to help Miriam on her quest. Bloodstained: Ritual of the Night is rated T for Teen by the ESRB, with content descriptors for “Blood,” “Partial Nudity,” and “Violence.”

Persona Q2: New Cinema Labyrinth is the sequel to Persona Q: Shadow of the Labyrinth, which hit 3DS in 2014. This role-playing game features the Phantom Thieves from Persona 5, who find themselves trapped in a mysterious movie world. The game also features characters from Persona 3 and 4. While the game’s cartoon graphics may make it appear family friendly, this one is rated M for Mature by the ESRB, with content descriptors for “Language,” “Partial Nudity,” “Sexual Themes,” and “Violence.”

The Legend of Heroes: Trails of Cold Steel II, PlayStation 4

Legend of the Tetrarchs, PlayStation 4

Legend of the Tetrarchs, Switch

The House in Fata Morgana, PlayStation 4

Bloodstained: Ritual of the Night, PlayStation 4, Xbox One, PC

Another Sight, Xbox One

Bloodstained: Ritual of the Night, Switch

We. The Revolution, Switch, PlayStation 4, Xbox One

Akash: Path of the Five, PlayStation 4

Medusa and Her Lover, PlayStation VR

Attack of the Toy Tanks, Xbox One

Attack of the Toy Tanks, Switch

Irony Curtain: From Matryoshka with Love, Xbox One

The Lost Legends of REDWALL: The Scout, Xbox One