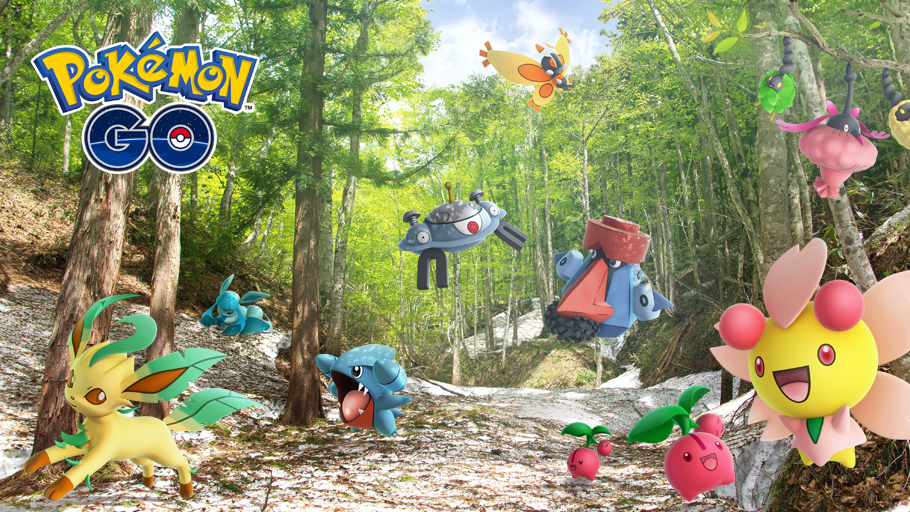 The past few days have been pretty exciting in Pokemon Go. On top of Torchic Community Day taking place on May 19, late last week, the game was updated with new Pokemon to capture and hatch, new Lure Modules, and even a new battle move.

This update added more Generation IV Pokemon to the game for players to capture in the wild and hatch from Eggs. Gen IV Pokemon are those from the Sinnoh region of the Pokemon universe, which was seen in Pokemon Diamond and Pearl on Nintendo DS (released in 2007 in North America). Some of the new Pokemon include Cherubi, Gible, Hippopotas, Cherrim, and Burmy (and some of these have multiple forms to collect).

Meanwhile, the new Lure Modules, in part, allow players to evolve Eevee into two of its possible evolutions -- Leafeon and Glaceon -- which are also from Gen IV.

There are three new Lure Modules available to purchase in the in-game shop for 200 PokeCoins each: A Glacial Lure Module, a Mossy Lure Module, and a Magnetic Lure Module. That’s around $2 a pop, though Pokemon Go’s developer, Niantic, did confirm we’ll be able to earn the Lures as rewards later on by completing upcoming Special Research tasks.

When activated on a PokeStop, each Lure Module will lure “local Pokemon” as well as specific types of Pokemon to the area for a limited time, depending on the Lure. Here’s the full breakdown:

It didn’t take long for players on social media to discover Eevee’s naming trick -- which allows players to rename Eevee before evolving it to receive a certain evolution -- worked with Leafeon and Glaceon, too. Players can rename Eevee “Rea” or “Linnea” (without the quotation marks) before evolving it to receive a Glaceon or Leafeon, respectively. As with other instances of this naming trick, players can only use the trick once per name.

You can tell whether or not you’ve entered one of these new names correctly based on whether or not the Evolve button on the Pokemon’s screen shows a question mark or a silhouette of the Pokemon you’ll receive (the button also changes color).

One final note about these new Lure Modules: You can tell when a PokeStop has one of these Lure Modules active by looking at the animation surrounding the PokeStop on the in-game map. For instance, while a regular Lure Module causes pink flower petals to surround the PokeStop, a Mossy Lure Module surrounds the PokeStop with green leaves.

Finally, the game’s latest update added a new Ground-type battle move for certain Pokemon: Earth Power. Some of the new Gen IV Pokemon will know Earth Power, and previously released creatures, including Nidoqueen, Nidoking, Aerodactyl, Camerupt, and Claydol can know it as well.

Are you excited about the latest Pokemon Go update? Let us know in the comments, or tweet us at @superparenthq.