John Wick Drops Into Fortnite for a Limited-Time Event 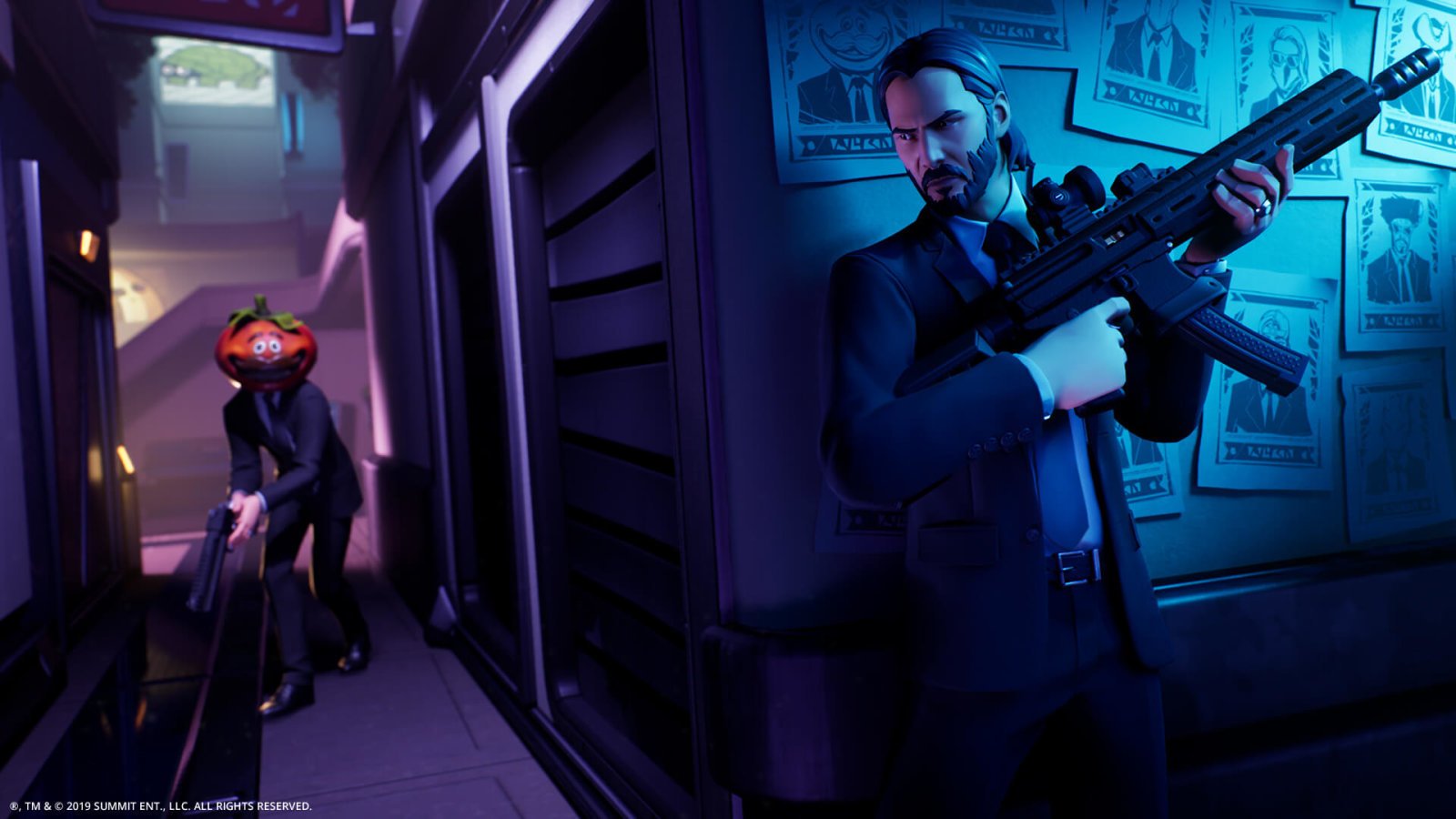 Fortnite loves its limited time events. Both last year and this year, the battle royale game celebrated the release of The Avengers: Infinity War and The Avengers: Endgame with timed events where players could fight it out in new limited time modes. For instance, in this year's Endgame event, players were able to fight as Thanos and his Chitauri Invaders, or use items inspired by the Avengers to fight against them.

John Wick, played by Keanu Reeves, is the latest pop culture icon to make his way into Fortnite, although his presence is a bit strange. John Wick's latest movie, John Wick: Chapter 3, is making its way to theatres this weekend. But unlike The Avengers movies, John Wick: Chapter 3 is rated R for what can only be described as hyperviolence. John's character is fascinating, as is the world that he belongs to, but it's certainly not kid, or even teen, friendly.

We knew John was going to show up after his house, canonically located in New Jersey, showed up in Paradise Palms last week. However, John's presence in Fortnite is entirely benign. He's not going to break the rules of what makes Fortnite a fairly okay game for kids to play. This means that John showing up in Fortnite isn't going to suddenly introduce Mortal Kombat levels of violence in a game intended for teens.

Instead, this limited time event will allow players to partake in Wick's Bounty, where players race to gather the most coins (gold coins are the currency of choice for assassins in the John Wick movies). You can also purchase the John Wick Set to receive the official John Wick Outfit and Super Sledge Pickaxe.

This crossover event shouldn't necessarily signal that John Wick: Chapter 3 is a family-friendly movie to take the little ones to. John may be an assassin with integrity, but he's still an assassin. It's probably best to stick to Wick's Bounty in Fortnite and hang out with John in his movies when the kids go to sleep.