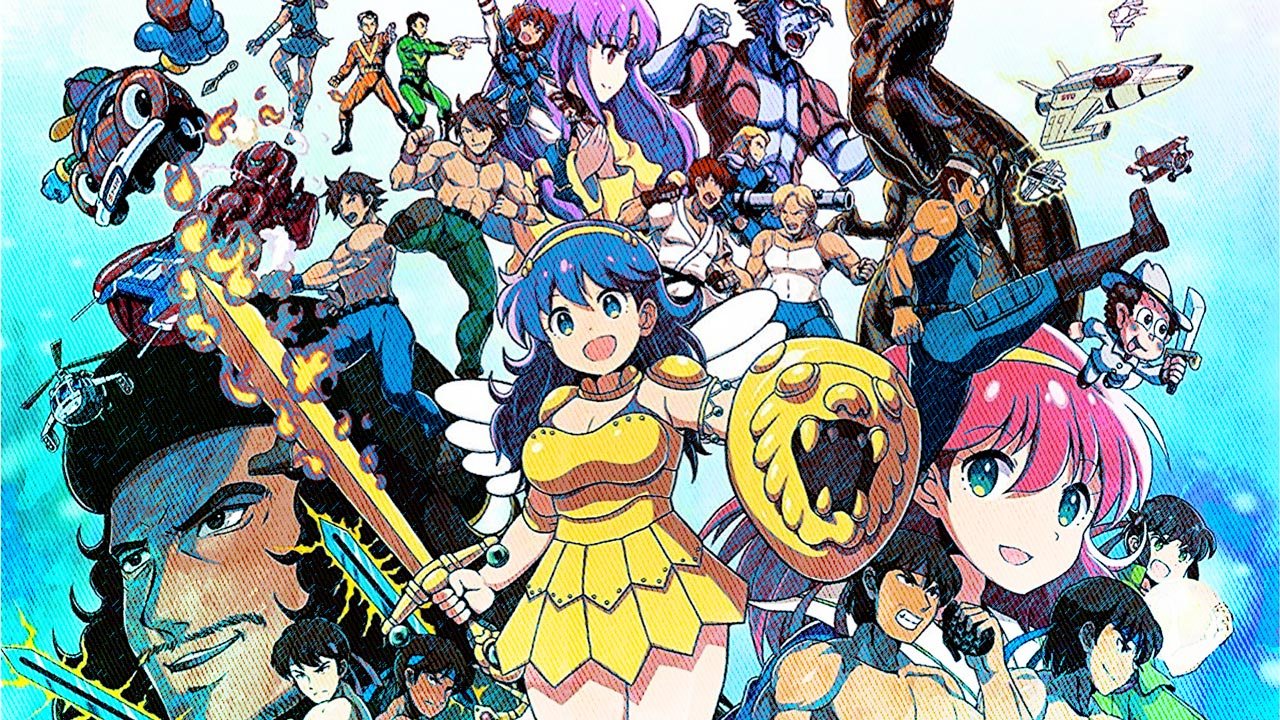 The video game industry is monetizing its biggest problem: preservation. It’s hard to know just how many games have been lost to the ravages of time and obsolete hardware. However, as long as the code bases are still available and business development professionals believe there’s a chance to make some new money on old games, re-releases and legacy collections are going to keep popping up.

These are often full of nostalgia, but their long-term appeal is spotty. In the case of SNK 40th Anniversary Collection, it’s apparent that time has not been kind to many of the company's oldest games.

What is SNK 40th Anniversary Collection?

SNK 40th Anniversary Collection is an assortment of SNK’s oldest games. These were released in the years between 1979 and 1990 (prior to the company’s fantastic and expensive Neo-Geo console).

The 24 games included cover a number of genres, including sports, platforming, “bullet hell” shooters, and action RPGs. For many of the titles that had both arcade and home releases, SNK has included both versions (one of this collection’s boldest and most appreciated features).

The set includes familiar games like Ikari Warriors and Baseball Stars, as well as lesser known arcade titles like Alien-inspired S.A.R. Search and Rescue and Prehistoric Isle. Of particular note is the Nintendo Entertainment System-exclusive game Crystalis, a Legend of Zelda-inspired action RPG that kicks off when the world ends in 1997.

Which games are worth playing?

For better or worse, SNK 40th Anniversary Collection is reminiscent of an old photo album. It’s fun to thumb through, but stare too long at any one picture, and you’ll start to notice outdated clothing and hairstyles. It’s best to let the images trigger fond memories and move onto the next.

Many of these games are the same. I recall loving Ikari Warriors in my youth, both in the arcade and on the NES.

A return trip through the game’s arcade iteration revealed that SNK had mastered quarter-munching gameplay (not so dissimilar from today’s more aggressive microtransactions). A rough tally suggests that I would have spent upwards of $40 to beat Ikari Warriors based on this playthrough. At some chokepoints, I continued 20 times (the equivalent of $5) just to move a few on-screen feet. The arcade version translates the unique SNK “loop lever” controller, which put movement and aiming into a single joystick, by mapping these to a contemporary twin-stick layout.

The NES version is significantly easier, in part because SNK didn’t need to prioritize quarter-by-quarter revenue for the home release and in part because the NES couldn’t handle quite so many bullets and soldiers on the screen without slowing down. The NES version also couldn’t translate the loop lever with a single directional-pad (D-pad) and two face buttons.

Ikari Warriors 2: Victory Road is hands-down a better game across both versions. The arcade edition was less abusive, though still a hefty challenge. It’s worth seeing the series through with Ikari Warriors 3, but the move to hand-to-hand combat is likely not going to see as much play.

SNK’s loop lever games (T.N.K. III, the Ikari series, and Time Soldiers) are the stars of this bundle. Unfortunately, SNK’s entries in the side-scrolling beat-em-up genre never lived up to the lofty bar Capcom set with Final Fight and Knights of the Round (for more of those, you can pick up the Capcom Beat 'Em Up Bundle).

Bermuda Triangle is the standout among the scrolling “bullet hell” shooters (of which there are six in the collection). Collecting energy allows your ship to change forms and become more powerful. Additionally, there are “option” ships you can pick up, just like in Konami’s Gradius series. These enhance your main craft’s firepower and protect it from incoming damage.

There are also a few quirky entries that earn a mention. Crystalis was SNK’s answer to The Legend of Zelda, and while it didn’t land nearly as well as Nintendo’s franchise, it’s worth a look. The same goes for Athena (though be aware that the main character appears to be wearing a bikini for the start of the game) and its sequel, Psycho Soldier.

We recommend steering clear of Beast Busters. It started its life as an arcade light gun game (mounted guns rather than Time Crisis’ handguns), and the control scheme is uncomfortable and unwieldy. It also features a substantial amount of gore.

Munch Mobile looks like it should be an adorable Paperboy-like romp. Unfortunately, its control scheme and level design don’t hold up after all these years. Baseball Stars is a nostalgia-filled improvement on Nintendo’s original NES Baseball, but again, the control scheme is lacking.

Many of these games are worth a look. They are artifacts of the era, and fascinating reference points for the industry. None of them hold up to contemporary standards (it would be unreasonable to expect them to), but a number still hold nuggets of fun.

For me, they are a potent reminder of how I used to play. There’s something wonderful about returning to the games of this era, even if I don’t want to stay for too long.

What is the final verdict?

The SNK 40th Anniversary Collection is clearly a labor of love. The museum section includes fascinating trivia and interesting retrospectives on the design and creation of these games.

If you ever played one of these titles or simply want to better understand game design of the late 1970s and 1980s, this is a monument to SNK’s work. This is as much an effort of preservation and appreciation as it is a commercial product for the uninitiated.

Just be grateful you don’t have to pop in a quarter every time you run out of lives. Arcade gaming was an expensive hobby.