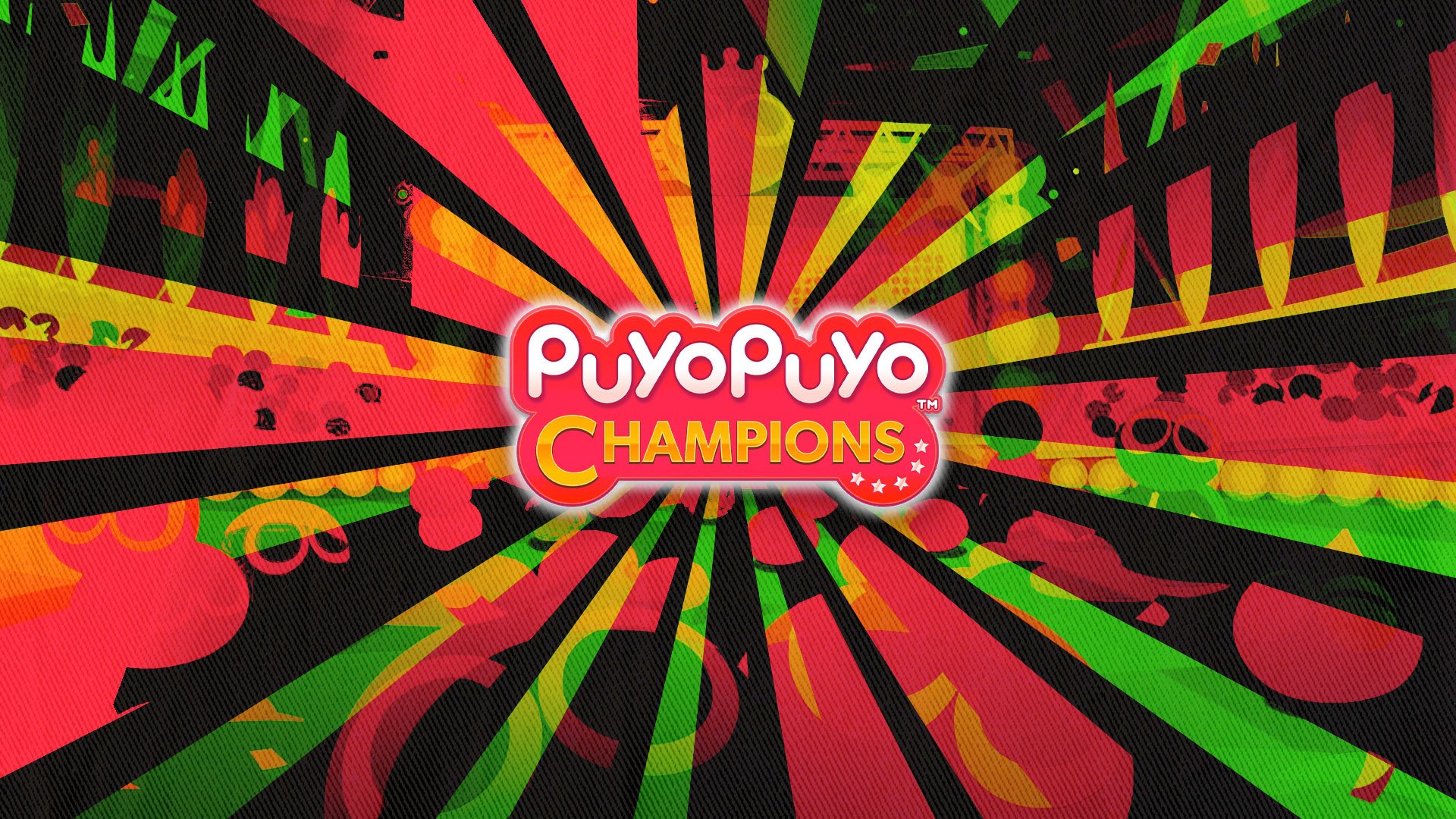 Puyo Puyo Champions is the newest game in the long-running Puyo Puyo franchise, which began with the original Puyo Puyo on PC in 1991 in Japan. (The series was previously called Puyo Pop in areas like North America.)

What is Puyo Puyo Champions about?

Puyo Puyo Champions is an arcade style puzzle game that allows players to test their skills in both local and multiplayer modes. There’s no story mode here -- it’s simply you against the computer or other players in the same room and/or online.

Players can compete in two main gameplay modes -- Puyo Puyo 2 and Puyo Puyo Fever -- as well as in local eight-player tournaments with others in the same room.

How is Puyo Puyo Champions played?

Similar to a game of Tetris, each game in Puyo Puyo Champions gives players a tall, rectangular playing field, and challenges them to keep symbols from reaching the top of that board by making matches with them down below. These symbols, called Puyos, appear in sets of two by default, and they come in multiple colors. The default gameplay settings ask players to make four or more Puyos of the same color touch in some way to pop them and remove them from the board.

Since the game is competitive, players can attack their opponent(s) by making large individual matches or triggering chain reactions where one match causes another match to occur immediately after. Performing these actions typically causes “Garbage Puyos” to fall on the opponent’s screen. Garbage Puyos can’t be used in matches; instead, players must clear Puyos that are touching them to remove them.

The Puyo Puyo 2 mode uses this basic gameplay setup, but Puyo Puyo Fever mode changes things up a bit by introducing a Fever bonus that can be activated by clearing a large number of Garbage Puyos in a single match. When the timed Fever bonus is active, the player’s current board will be replaced with a board containing a chain reaction that’s ready to be triggered. If the player can trigger the chain reaction, they can send Garbage Puyos onto their opponent as a sort of comeback move.

In a one-on-one Battle match, the game ends when one player allows their Puyos to reach the top of the screen. In Battle matches with more competitors, the winner is the last player standing. Finally, in Endurance matches (available in both gameplay modes), players are challenged to defeat as many opponents as possible, with the game only ending when their own Puyos reach the top of the board.

This sounds pretty challenging. Is this game appropriate for kids?

With its focus on making combos to defeat opponents, Puyo Puyo Champions takes more getting used to than a simpler game like Tetris, which simply asks players to make horizontal lines however they can. It’s totally possible for players to lose a match because they’ve tried for so long to build a chain reaction that never materializes that a small attack from the opponent fills their board to the top.

That being said, Puyo Puyo Champions comes with a handicap feature that can make matches easier as younger players get used to the game. This handicap feature allows players to raise the handicap on the computer character and/or lower their own. Set the player’s handicap to “Sweet,” and tips will appear on screen during the match. These can be helpful for players who are trying to build their skills.

In addition, the game records every match by default, so you can quickly go back and view any awesome combos you’ve made, or watch what the opponent did to pick up on some of their tricks.

Even so, if you or your children are newcomers to the Puyo Puyo franchise, we recommend steering clear of the online mode until you get your bearings, so as to avoid any disappointment when/if you run into one of the series’ highly skilled online players.

Puyo Puyo Champions is an adorable game, with colorful graphics and a variety of characters to choose from to represent the player and the opponent(s) in each match. Players can also customize each match in a multitude of ways to suit their play style.

For instance, players can change the number of rounds someone needs to win to complete a battle (best two out three, best three out of five, and so on), change the number of Puyos players need to combine before they’ll pop, and even change the actual appearance of the Puyos themselves (including a Sonic Puyos option that replaces Puyos with the faces of characters from the Sonic the Hedgehog franchise).

Puyo Puyo Champions technically has unlimited replayability, but the lack of additional features outside of its two major gameplay modes is a bit disappointing, especially if you’re familiar with Puyo Puyo Tetris, which launched in 2017. The latter game had a complete storyline to complete and more individual Puyo Puyo modes to choose from, as well as a variety of Tetris modes.

However, Puyo Puyo Champions is only $9.99, while Puyo Puyo Tetris is up to $39.99, depending on the platform. If you’re interested in trying a Puyo Puyo game for the first time, 10 bucks is a bargain considering how much time you can spend playing on your own, with friends and family, or against others around the world.

Overall, Puyo Puyo Champions is an entertaining family-friendly experience that’s fun to play and to watch. It’s a great first step before graduating to bigger, more involved titles in the Puyo Puyo series.