SuperParenting: Influencers, Streamers, and YouTube Stars Are Not Your, or Your Child's, Friends 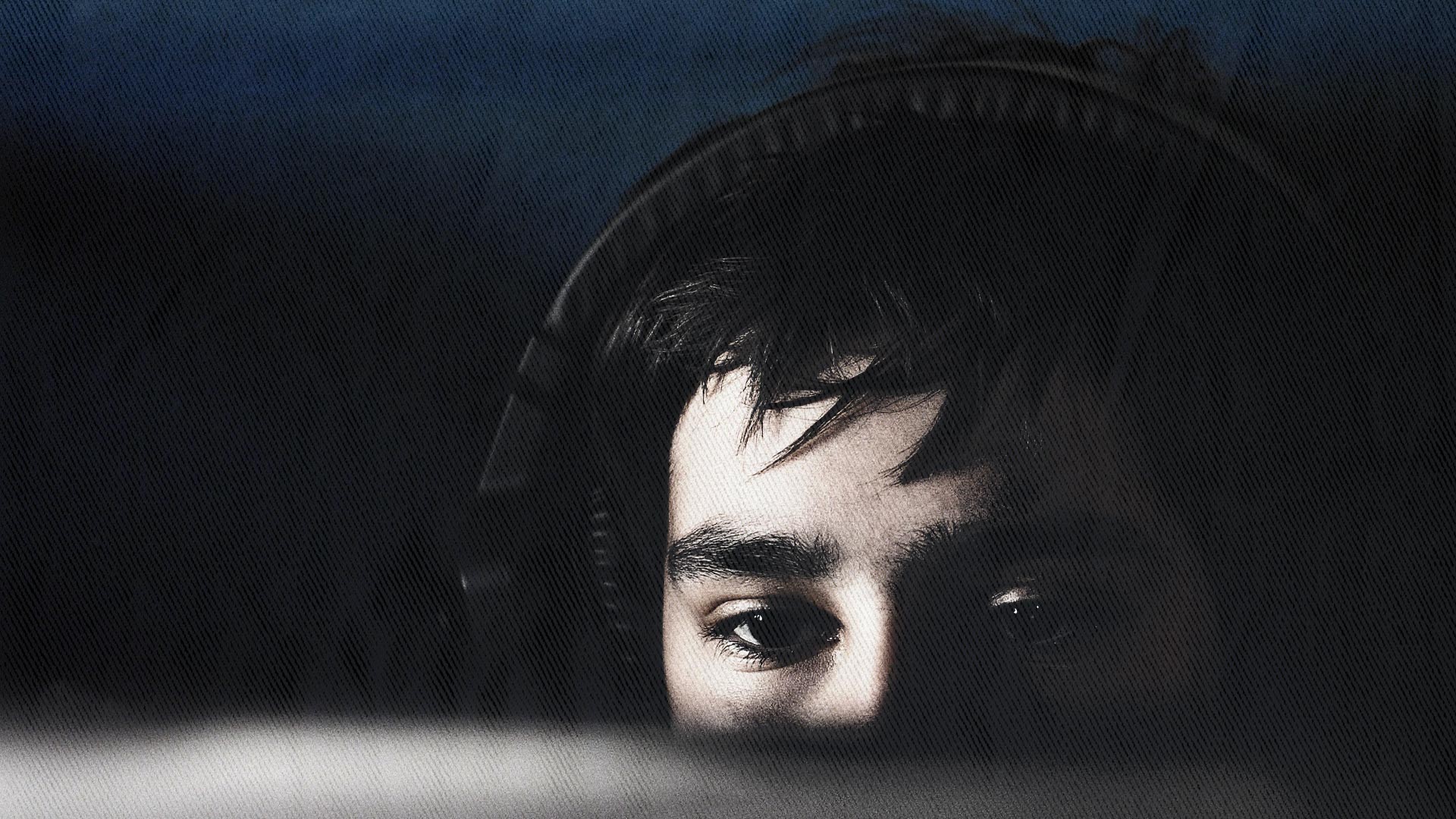 I grew up on the internet in the late-90s, where the 'net was a bizarre hybrid of the wild, wild west and a host of wholesome communities where kids like me could thrive and create art in safe spaces. We could safely be anonymous. We practiced netiquette, lest the established community members toss us out. Social media didn't exist. We had ICQ, chat rooms, and in the early-aughts, we had Microsoft's MSN Messenger. YouTube wasn't even a dream at that point.

These days, being hyper-connected to the digital world is normal. And for those of us with children, it's a source of constant stress -- there are so many variables to consider and the answers are about as esoteric as the final season of Game of Thrones.

A prevalent issue in my home, especially with my eldest son, is about influencers and YouTube stars. And with our firm rule about No YouTube (at least until they're older), there's a lot of pushback. Chances are that you're struggling with this in your home, too.

Marketing coined this term sometime in the last decade to better define social media celebrities who have the ability to drive purchasing decisions in their communities, though it started off in lifestyle brands (most notably in fashion).

The advent of the influencer in gaming was precipitated by both YouTube and Twitch. These personalities had the ability to mobilize their enormous followings to purchase games, game accessories, and even consoles. Big publishers took notice, most recently with the push for Apex Legends, and now streamers and YouTube celebrities are paid handsomely for marketing pushes around games (and related brands).

You've likely heard their names around your house: Pokimane, the brothers Paul, PewDiePie, Markiplier, Shroud, and many more.

Like it or not, these are some of the people that your child invites into their life to spend time with. Even if you're asking questions about who these people are, there's no way for you or your child to know who's really behind the screen.

Gaming influencers are the Wizards of Oz

One of the things that my dad warned me about when I started to spend more time online was that there was no way to know if a person was who they said they were. Back then, that comment was geared towards ensuring that I didn't trust strangers too easily and didn't take them at their word about whether or not they were a girl or around my age. These days, when I talk to parents and kids about influencers and microcelebrities on Twitch and YouTube, I remind them that they don't really know who's behind the curtain. There is a distinct possibility that your child's favorite influencer is a much more insidious Wizard of Oz, where that level of deception has the potential to bleed into the deeply inappropriate.

Part of what makes an influencer such an attractive investment for a game publisher is the community that said influencer commands. The cult of personality rules in these spheres. Gaming influencers are able to say something, anything, and have their legions of fans and followers parroting it back almost immediately. It's that level of devotion that should scare parents.

This isn't like the Beatles or the Backstreet Boys, mind you. Until social media took hold, celebrities were fairly inaccessible, locked behind PR and agents and security. These days, I could tweet at Lady Gaga and there's a fairly good chance that she'll at least glance at it. If the tweet's interesting enough, she might even respond. If this were 1997, she might sign an autograph book but there would be almost no possibility that she'd acknowledge my existence other than that.

Social media has blurred this firmly established line beyond recognition. Influencers are always online. They're hyper-connected to their communities on Twitch, Discord, and Patreon.

Sometimes, that's a good thing. What's Good Games (pictured below), comprised of Andrea Rene, Brittney Brombacher, and Kristine Steimer, has a wonderfully active community. There are boundaries for fans, of course, but each of the women involved with WGG maintain lines around who they are within WGG and who they show up as privately.

And other times, it's a very bad thing.

Sexual predation and harassment may not be the norm, but it's disturbingly common

Most recently, Kotaku reported a story on ProJared, a very popular YouTube gamer, who was "sexually soliciting" his fans.

Jared 'ProJared' Knabenbauer, a gaming YouTuber who had over a million subscribers before these events, has been accused of sending nude pictures to and soliciting nude pictures from fans, two of whom says they were underage at the time of the solicitation, Kotaku reported. "The allegations were first published ... by his wife, artist and cosplayer Heidi O’Ferrall, who is also accusing him of having cheated on her."

This isn't the first instance of a gaming influencer abusing their power to solicit underage fans, either. TheKingNappy, who was popular among Pokemon fans on YouTube, has also been accused of sexual predation among his community, which is at least partly composed of underage fans. And there are more examples in Kotaku's primer about what to do about creepy streamers.

How do we firm up the lines around how our kids interact with influencers?

As with anything, we have to start with conversation.

Many of our kids feel like influencers are their friends, because they spend so much time watching their content or interacting with them in a stream on Twitch. But the harsh reality is that most influencers don't care about keeping your child safe in their communities. They're looking to make money or invite fame with their channels. Keeping kids safe, especially if there's a tendency to favor underage fans, isn't often a priority.

There are some communities, like Kinda Funny, who take toxicity and safety seriously, but it's not necessarily about kids. It's about a greater good to ensure that the community is dedicated to having fun and being inclusive.

So, we need to talk about that harsh reality: an influencer is not your child's friend. If your child, especially if they are underage, is invited to a private event, it should be treated in a similar way that my parents used to treat me talking to random people on the internet. It was strictly forbidden for me to arrange in-person meet-ups without a parent present, at the very least. And most of the time, it was straight up forbidden. I didn't question it. It was a safety issue.

This is a safety issue as well. Meeting an influencer privately is the same thing as meeting a stranger privately. Because make no mistake -- this person is a stranger who could be the worst kind of Wizard of Oz. Talk to your kids about ensuring that they're not speaking with an influencer privately, no matter how flattered they may be by the gesture or the attention. We all want to feel special, after all, and that kind of attention may make your child feel incredibly good about their standing in the community. Talk about grooming and how predators lure people, especially children, into their predatory nets by starting small (talking privately) and escalating almost imperceptibly until it's too late for the child to realize what they've gotten into.

Where do we go from here?

I remind my kids that friendship requires two people, where both people feel like they are contributing to the friendship in a meaningful way that is mutually beneficial. Friendship is safe, secure, and while it may be complicated… it's ultimately a happy, wonderful thing.

While you and I may be friends with influencers, that's a level of trust that adults need to establish among one another. A child may not necessarily have that level of emotional maturity or experience to set kind, healthy boundaries where another person is concerned, especially if that person is being hero-worshipped all over the internet.

So we have to help, and we need to step in to ensure that lines are established and respected; to remind our kids that influencers are professionals and shouldn't be establishing friendships with someone else's children in uncontrolled environments.

It's creepy, no matter how you look at it.

This is part of the SuperParent series "SuperParenting." We want to help you talk about screen time with your kids to define some trickier topics (like grooming and phishing). We want to make sure you know how to set up parental controls (including the new ones for Windows 10 and Xbox One) on all major platforms, including YouTube. And we want to make sure you talk to your kids about the best ways to establish healthy relationships with technology.