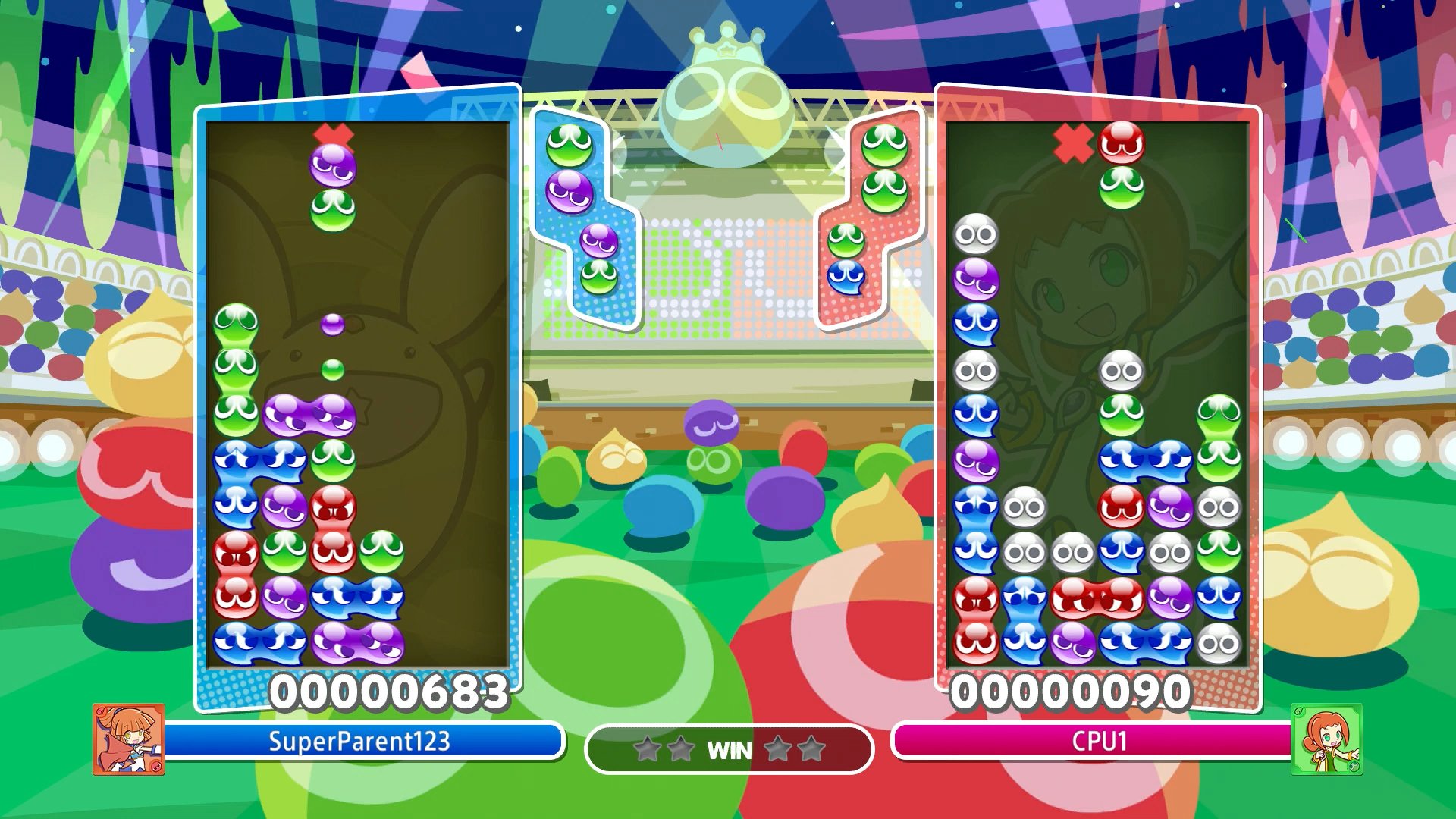 Puyo Puyo Champions is the latest installment in the popular Puyo Puyo puzzle game franchise, which debuted in the early 90s. (The series was previously called Puyo Pop in areas like North America.)

In Puyo Puyo Champions, players can compete against up to three computer-controlled opponents in Puyo Puyo 2 and Puyo Puyo Fever modes, as well as compete against other real players both in the same room and online. The game also supports up to eight player offline tournaments.

The general gameplay in Puyo Puyo Champions challenges players to make matches with colorful orbs, called Puyos, as they fall from the top of the screen in groups of two or more. By default, players need to make four or more Puyos of the same color touch in some fashion to clear them from the screen.

Players are encouraged to create match combos by organizing Puyos in such a way as to trigger a chain reaction when a certain group of Puyos is eventually removed from the screen. The more Puyos players remove from the screen in a single move, the more “Garbage Puyos” they’ll send onto the opponent’s screen. Garbage Puyos can’t be used in matches. Instead, matches need to be made next to Garbage Puyos to remove them.

While the Puyo Puyo 2 mode uses the game’s basic gameplay setup, Puyo Puyo Fever mode gives players the chance to make a comeback of sorts by activating a special Fever mode (Fever mode is activated by clearing enough Garbage Puyos during a match).

Players can also tweak the game’s overall experience in a number of ways, like by adding a handicap to computer-controlled characters, changing the number of Puyos players need to connect to clear them from the board, and more.

Puyo Puyo Champions is available to download for $9.99 on Switch, PlayStation 4, Xbox One, and PC. The game is rated E for Everyone by the ESRB.

We’ll have a full review of Puyo Puyo Champions in the coming days. In the meantime, check out seven minutes of PS4 gameplay in our SuperParent First Look below to see the game in action.