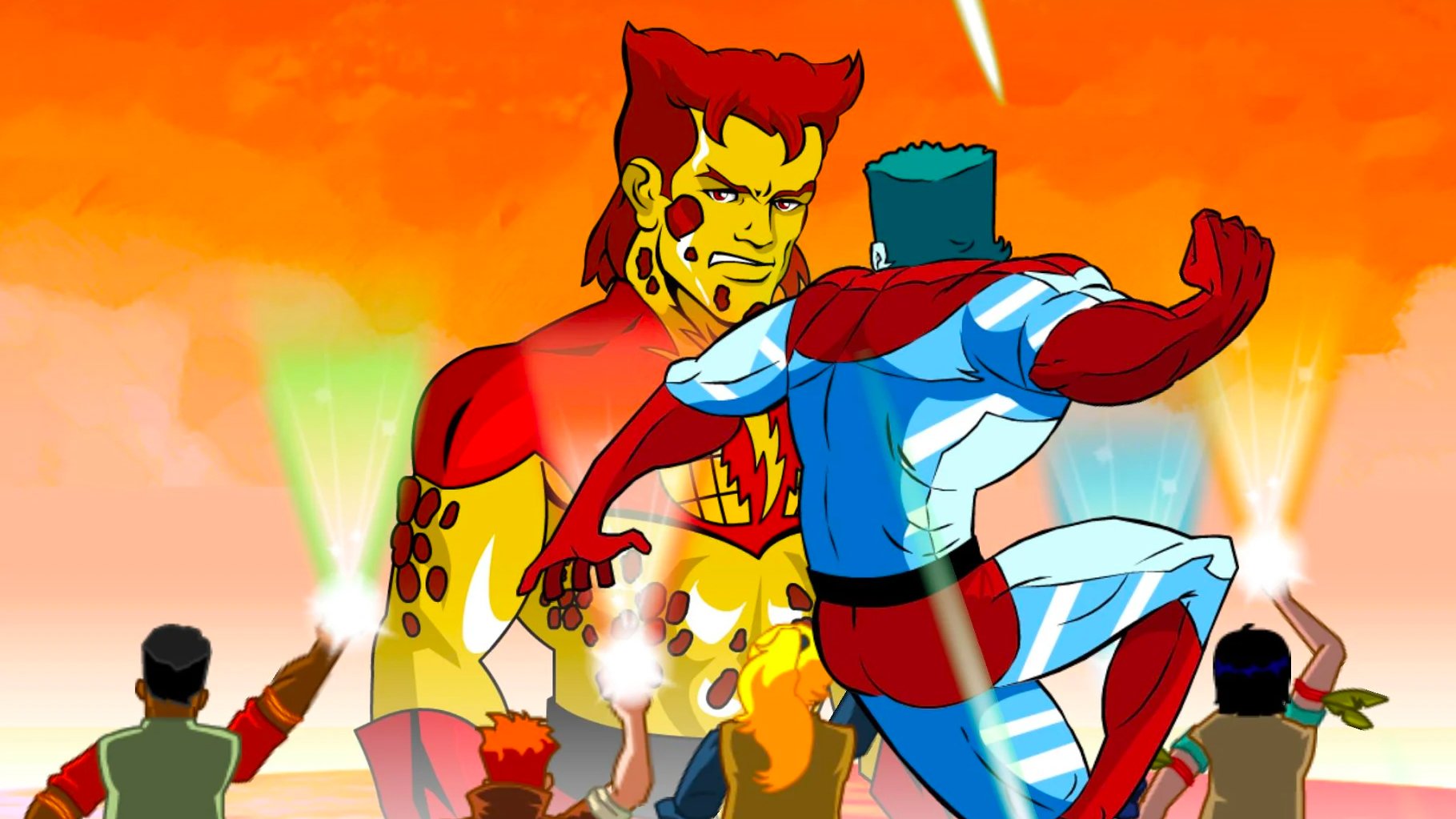 Captain Planet: Gaia Guardians is a free-to-play mobile game based on the classic cartoon television series Captain Planet and the Planeteers and The New Adventures of Captain Planet, which aired in the early to mid-90s.

The cartoons followed the adventures of the Planeteers, a group of five young people who worked with a superhero named Captain Planet to protect Earth from villains, all within the theme of environmentalism.

Captain Planet: Gaia Guardians is a clicker / idle game starring the Planeteers, which challenges players to defeat the Eco-Villains and the living monsters they’ve created out of junk. Players start with only one of the Planeteers on their team, but they can recruit the other four as they play.

Enemies attack in waves, and the Planeteers will automatically attack each enemy until it’s defeated. Players can also rapidly tap on the screen to cause extra damage and defeat enemies more quickly. As players defeat regular enemies and boss characters, they’ll earn currency that they can spend to upgrade the Planeteers, which improves the amount of damage they’ll deal with each attack.

Eventually, players will have the opportunity to defeat Captain Pollution (the anti-Captain Planet) and reset their game, earning a valuable in-game currency called Folium in the process. Folium can be spent in an in-game area called Hope Island, which has been mostly destroyed by pollution. Players can spend Folium to heal and repair items like trees, cacti, and solar panels, and they’ll earn in-game currency for doing so. Folium can also be spent on upgrades for the Planeteers' skills.

While resetting the game removes the Planeteers’ damage upgrades (and pushes players back to the first wave of enemies, where they'll start again with only one Planeteer on their team), it does allow players to change each Planeteer’s currently equipped skill or ability, so each “run” may feel different than the last.

Since this is a clicker / idle game (also called an incremental game), players will continue to defeat junk and collect currency even when the game is closed. Players will receive any currency they’ve earned the next time they open the game. Similarly, players can keep their device on, with the game running, to earn currency even if they’re not actively interacting with the game.

Finally, players can collect crates as they play, which contain a variety of in-game items, such as currency. Crates take time to unlock, or they can be opened instantly using premium currency. Players can also spend premium currency to purchase additional crates in the in-game store. These aren’t all of the ways players can spend money in the game, so make sure your device settings will prevent littles from making in-app purchases without your consent.

Captain Planet: Gaia Guardians is available to download for free on iOS and Android devices. The game is rated E for Everyone on Android and 9+ on iOS.

Check out the first nine minutes of Captain Planet: Gaia Guardians in our SuperParent First Look below to see how this game looks in action.