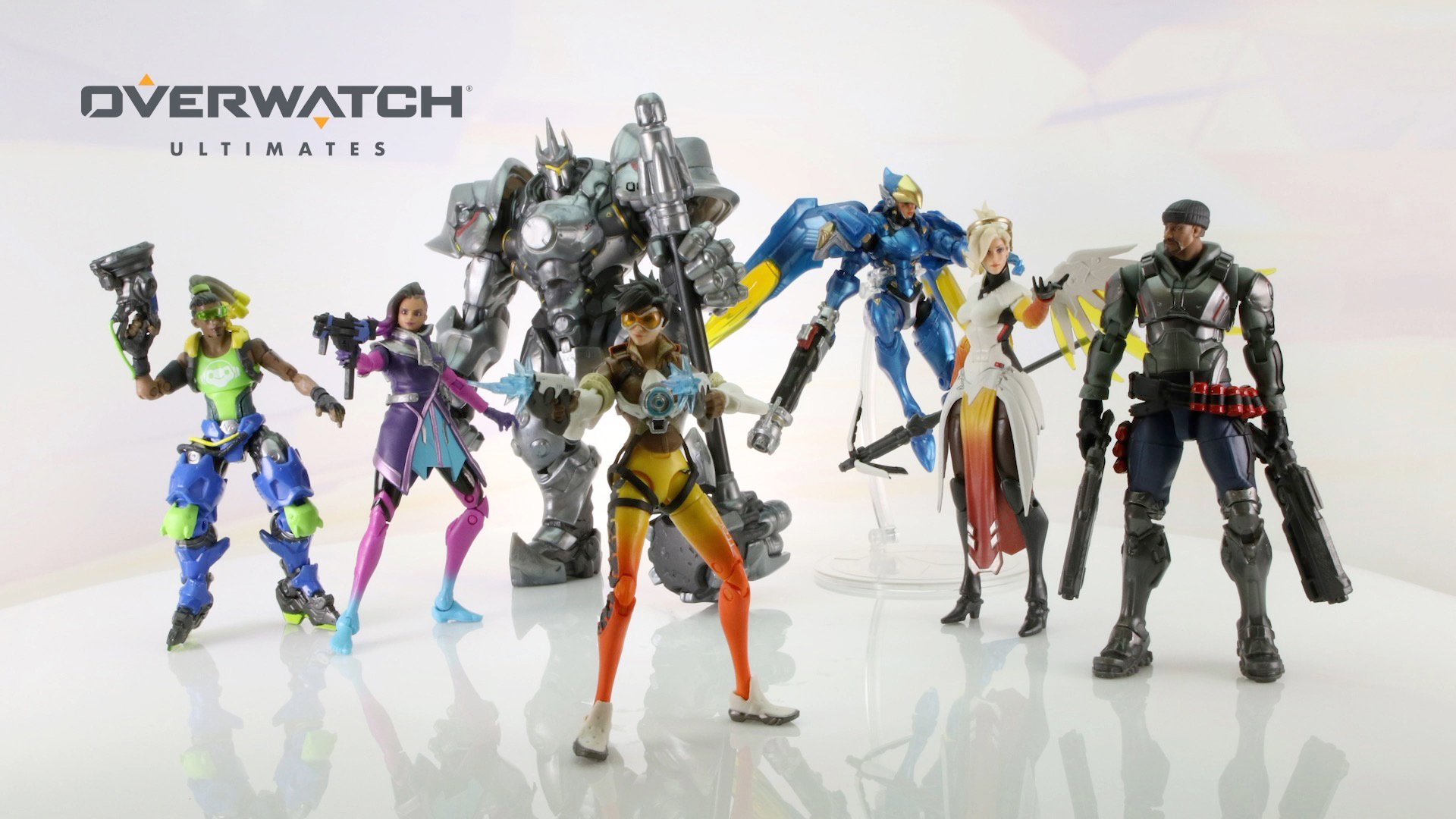 Hasbro released a set of cool new Overwatch Ultimates figures in the U.S. and Canada, representing some of the many heroes from Blizzard’s popular multiplayer shooter video game.

The Overwatch Ultimates series is made up of six-inch figures, sold either separately or in packs of two. Fans can purchase single figures of Tracer, Lucio, Sombra, and Blackwatch Reyes (Reaper), and/or pick up Dual Packs containing Soldier: 76 and Shrike Ana or Pharah and Mercy. Each figure or pack comes with the figure(s) and some neat accessories.

Another Overwatch Ultimates figure, based on Reinhardt, has also been released, but it’s more expensive. Priced at $49.99, the six-inch figure includes some accessories for Reinhardt, as well as two shield stands. This figure is particularly impressive, with Reinhardt covered in armor and ready for battle.

All of the figures can be posed in different ways to create the perfect display on a fan’s shelf.

Overwatch was released in 2016. The game challenges players to work with and against other real players in multiplayer matches across a variety of different game modes. Tons of merchandise has been released for Overwatch fans to collect over the years -- everything from Halloween costumes to Lego building kits and beyond. There’s even a Kellogg's cereal based on Lucio called Luico-Oh’s.