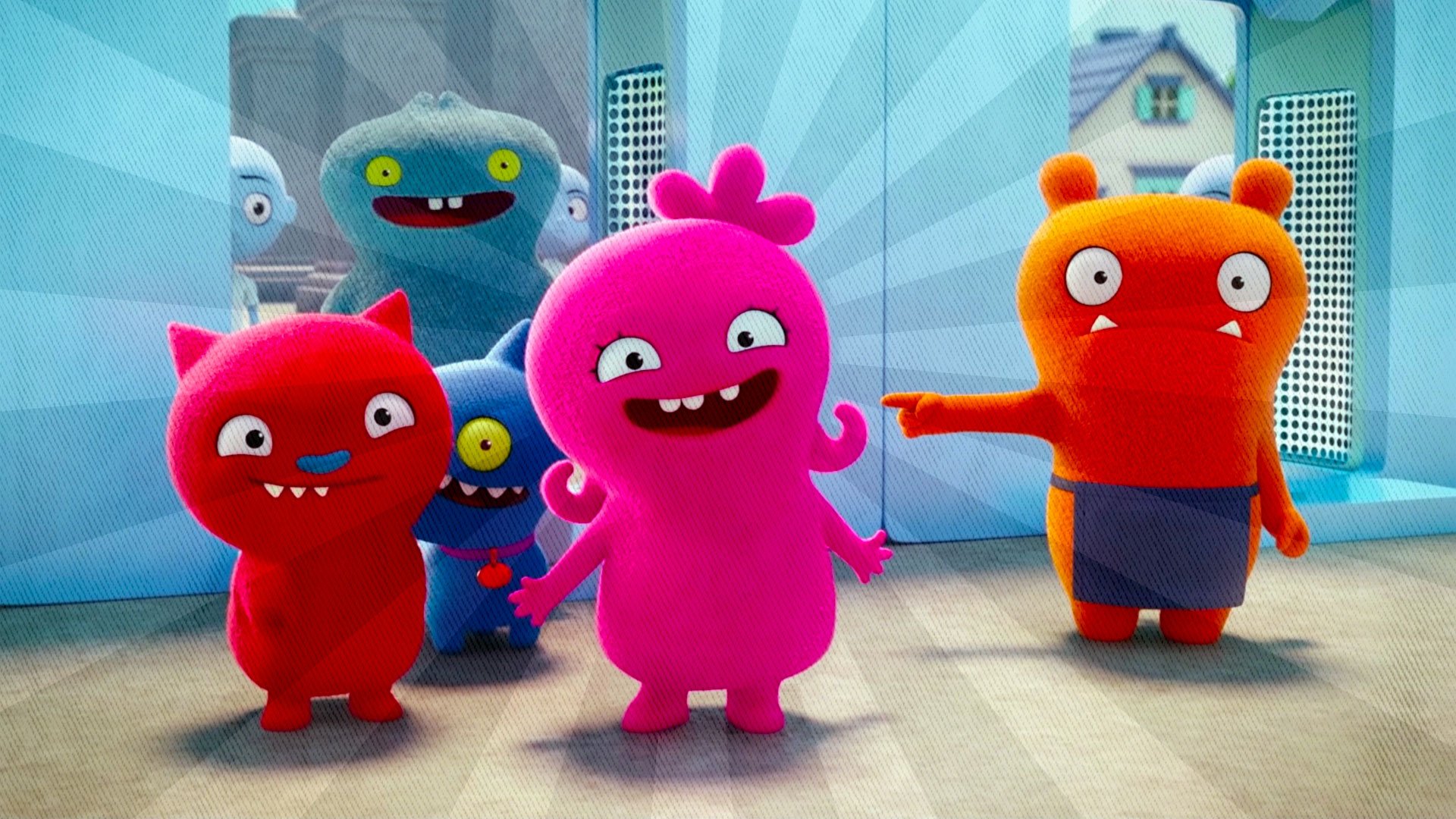 UglyDolls: An Imperfect Adventure (out now on PlayStation 4, Xbox One, Switch, and PC) is an adventure game based on the popular toy brand UglyDolls, which debuted in 2001. The game is being released alongside the UglyDolls movie, which will hit U.S. theaters on May 3, 2019. However, An Imperfect Adventure isn’t tied to the plot of the film.

UglyDolls: An Imperfect Adventure takes players to the town of Uglyville, a quirky, colorful land inhabited by talking dolls called UglyDolls. The dolls aren’t ugly in the traditional sense, but are considered imperfect when compared to the beautiful, perfect citizens of the nearby town, Perfection.

Uglyville has been overrun by robots from Perfection, who are causing chaos on the streets and making it unsafe for UglyDolls to travel around. Players will need to help the UglyDolls deal with the robots and send them back to Perfection.

How does the game play?

While the world and characters of Uglyville are clever and fun, the gameplay is disappointing. It relies on an incredibly simple gameplay loop that loses its novelty fast. Each mission works something like this: Playing as either Moxy or Ox, players are asked to leave the Teahouse (the UglyDolls’ home base) and find at least one other UglyDoll somewhere in town. Each doll will ask players to complete an item collection or crafting quest before they can be recruited back to the Teahouse to join the fight against the robots. Players complete this task and return to the Teahouse -- rinse and repeat. Some quests include slight twists, but the general gameplay follows this formula.

The majority of players’ time will be spent completing the item collection quests specifically. Each quest asks players to find gold tokens scattered throughout town, which represent the items they’re supposed to collect (balloons, “disco items,” etc.). Some tokens are found out in the open, while others are in chests that may be behind locked doors or perched on a building’s roof.

As players explore Uglyville, they’ll need to watch out for a variety of robots, which will attack their character if they get too close. Each robot has a limited field of vision, represented by a shadow on the ground in front of them. So long as players stay out of this vision cone, they won’t be spotted and they can move about freely. However, even when players alert a robot, they can easily run away or confuse them by turning a corner.

If a robot does attack their character, they will typically lose some of their “courage,” represented by a meter in the top-left corner of the screen. When the meter is completely drained, players simply return to the Teahouse and can begin exploring again from there -- there are no deaths here.

Players can craft a variety of tools to deal with the robots and make collecting gold tokens easier. This engages the player’s problem-solving skills, as there may be multiple ways to collect a token. For instance, players can either interact with items in the in-game environment to unlock a door, or use the wings or pogo stick tool to fly / jump over a wall and get into the locked area.

The game’s environment is procedurally generated, meaning the streets have a different layout for each mission. This prevents players from memorizing the locations of buildings. Players can craft a search balloon item that will highlight a collectible on the game’s map. This also triggers the appearance of a waypoint marker that will guide players where they need to go.

Finally, players can collect crafting materials by opening baskets scattered throughout the environment. They can also collect buttons, the game’s currency, which are found out in the open all around Uglyville.

This doesn’t sound so bad.

No, it doesn’t, and for the first mission or so, the game is pretty fun. However, once you get to the second, third, fourth (and so on) mission that requires you to do the same thing as before, the fun disappears, and the game feels more like work than play.

This is particularly noticeable in the game’s final mission. While we won’t go into full-on spoilers, the game doesn’t place a heavy emphasis on collecting buttons, but the final mission suddenly asks players to accumulate a total of 1,000 buttons before it can be completed. If you’ve been focused on completing missions, rather than collecting every button in sight, this superficially pads the length of the game and feels rather unfair.

UglyDolls: An Imperfect Adventure is rated E for Everyone by the ESRB. The gameplay is easy for young players to master, but they’ll need to be competent readers to keep up with the story, since only the major cutscenes are voiced.

The game also supports two-player local co-op, so two players in the same room can team up and play together.

Finally, the game can be finished in only a few hours, so the $39.99 price tag is a bit steep.

So, what’s the final verdict?

UglyDolls: An Imperfect Adventure is unfortunately appropriately named -- it’s an imperfect experience with flashes of creativity and fun that are covered up by gameplay that’s far too repetitive and even boring when played in long spurts.

The game also fails to capitalize on the theme of the upcoming film -- that the dolls’ “ugliness,” or imperfections, is what makes them beautiful. Kids need this kind of message (that they’re beautiful just the way they are) now more than ever, so it’s disappointing to see it underrepresented here.

Overall, if you’re looking for a game with better variety (and more fun), try something like Spyro Reignited Trilogy or Super Mario Odyssey instead.

Disclosure: Outright Games provided a copy of UglyDolls: An Imperfect Adventure to SuperParent for this review.