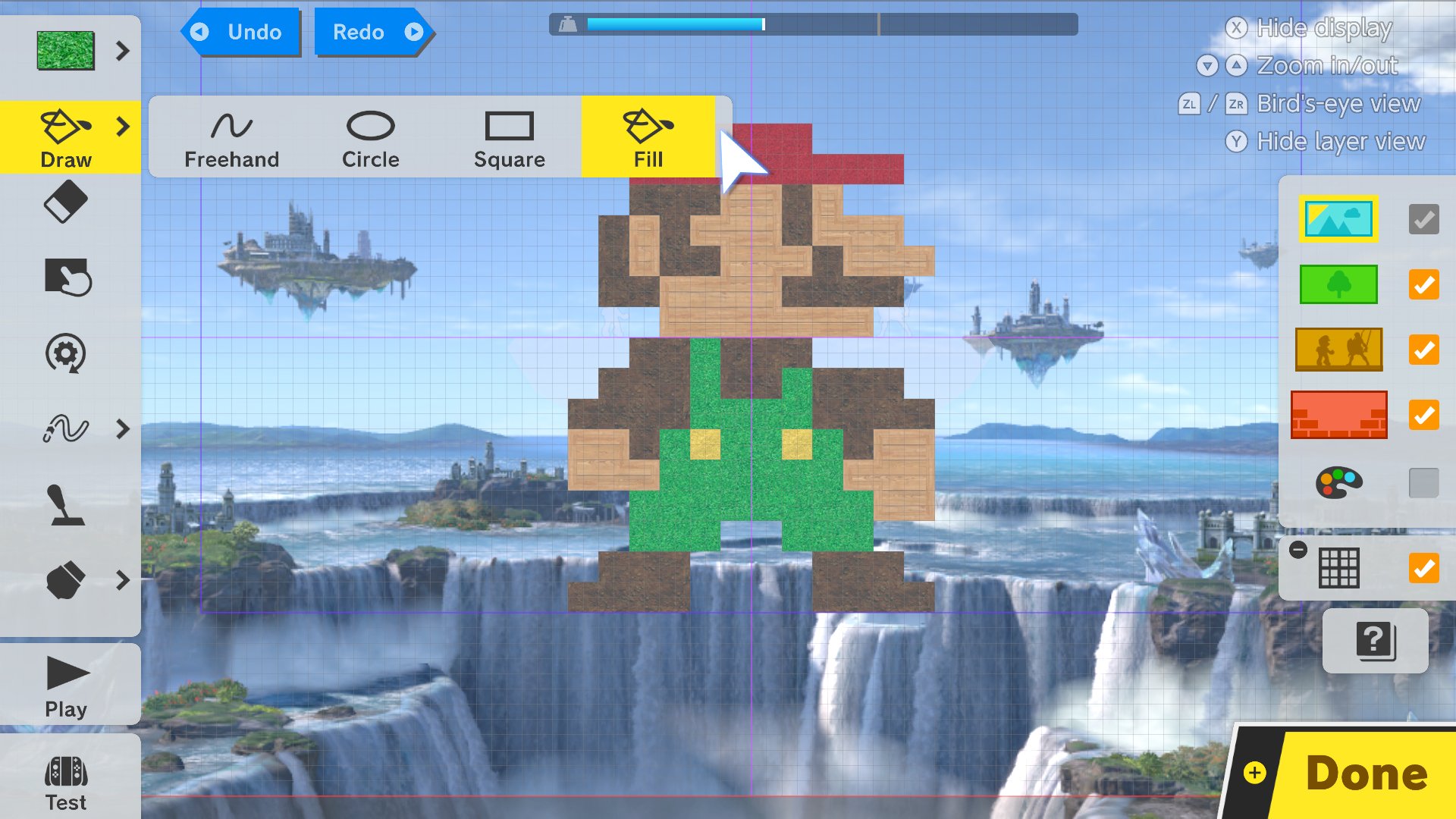 Earlier this week, Nintendo launched the Version 3.0 content update for Super Smash Bros. Ultimate, adding a fun Stage Builder to the game, which allows users to create their own stages using a variety of platforms, traps, and more, and then share those stages for others to download.

When players use the Switch in handheld mode (rather than docked mode) the Stage Builder gives them the freedom to draw their own shapes on the screen to really customize their stages. However, as multiple outlets have pointed out (GamesIndustry.biz, USgamer, etc.) some players were quick to fill their levels with inappropriate content (sexual in nature or otherwise).

USgamer reported that Nintendo has taken action to remove inappropriate stages, but there’s always the chance players will run into some adult content before it’s removed.

If you’re concerned about your kids potentially viewing inappropriate content in Ultimate, consider browsing the game’s user-created section yourself, so that you can choose the stages to download, rather than letting your little ones pick them out. That way, you can be sure they’re only interacting with content you approve of.

We reached out to Nintendo for comment on this issue.