Xbox One S All-Digital Edition: Everything You Need to Know 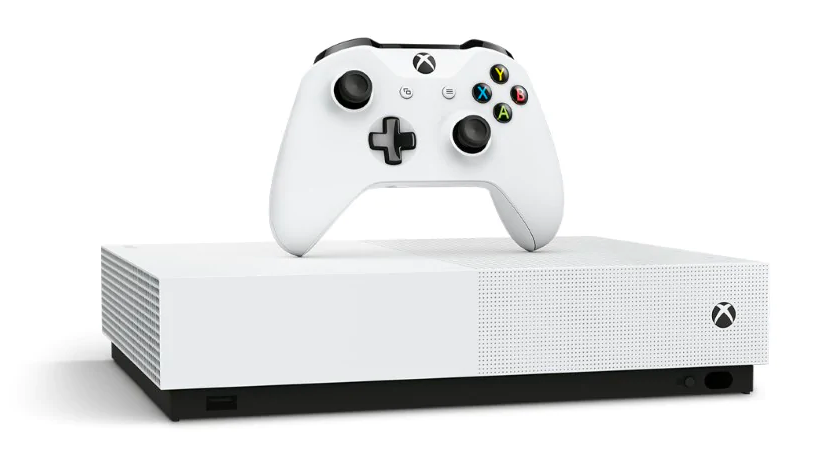 The Xbox team recently revealed the latest console in the Xbox One family of devices. The Xbox One S All-Digital Edition will be the first Xbox console that doesn’t rely on game discs, and instead only allows owners to play games digitally.

The console will include three games right out of the box: Minecraft, Forza Horizon 3, and Sea of Thieves. From there, players can purchase and download more games digitally from the Xbox store accessible via the console, and/or subscribe to Xbox Game Pass, Xbox’s game subscription service that gives subscribers access to over 100 games for $9.99 per month. When someone purchases an Xbox One S All-Digital Edition, they'll receive an offer to purchase three months of Xbox Game Pass for $1.

Since the console won’t include a disc tray, you won’t be able to play any physical Xbox games you already own on the system. However, this may be desirable for some consumers, who prefer to download games digitally, rather than collect large numbers of physical discs that take up space in the real world.

Along with announcing the Xbox One S All-Digital Edition, Xbox recently revealed Xbox Game Pass Ultimate, a new subscription option that will combine the features of Xbox Game Pass and Xbox Live Gold into one membership that will cost $14.99 per month.

An Xbox Live Gold subscription is required to play games online with other people. Xbox Live subscribers also receive free games each month, and can access special discounts in the console’s store. Xbox Live Gold typically costs $9.99 per month, but you can save money if you subscribe for multiple months in bulk (for instance, a 12-month subscription costs $59.99, rather than $119.88).