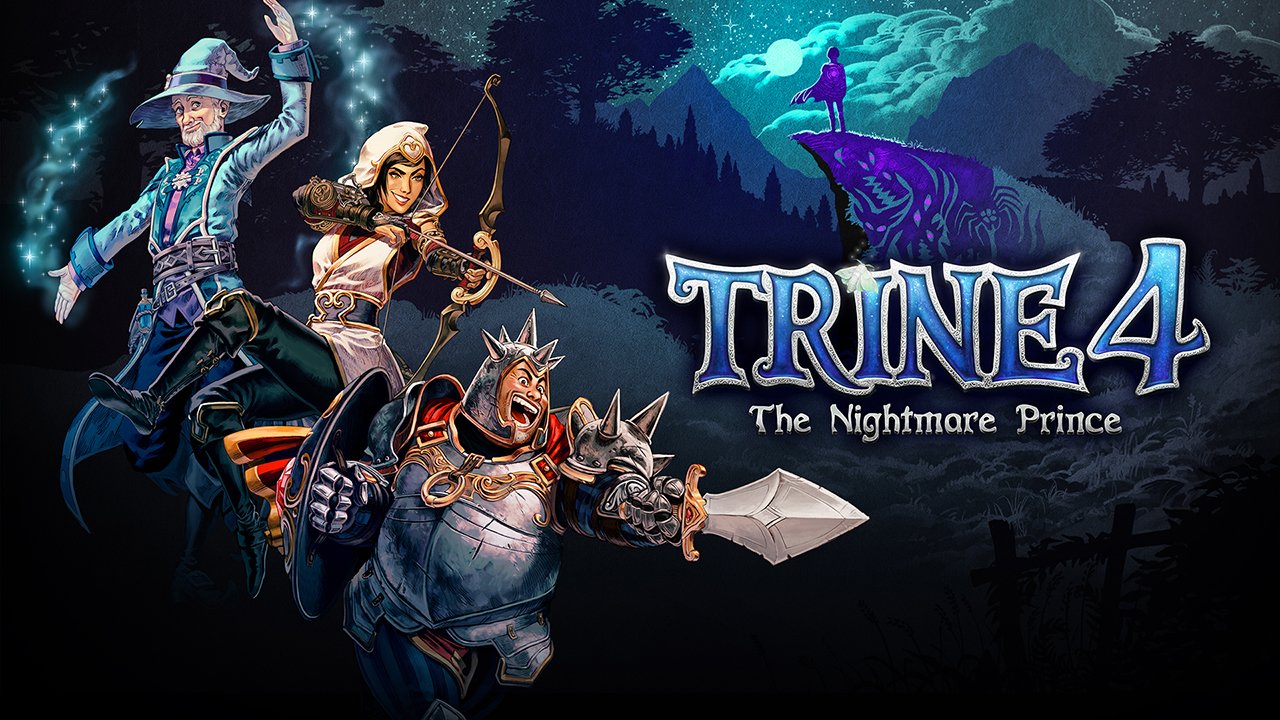 When I think about all of the games that I loved when I was a kid, platformers always seem to top the list. Whether I was swinging in the jungle with Donkey Kong and Diddy or trying to save the Princess with my mustachioed plumber (because she's always in another castle), strategically bouncing around, fighting (and avoiding) enemies, and racing towards the end of a level was almost always my preferred kind of game experience.

Platformers have grown up over the years and Frozenbyte's Trine series has had some serious growing pains, especially from Trine 3. Trine 4: The Nightmare Prince, the latest game in the series, has gone back to its roots, merging beautiful (mostly) 2D action with cerebral, fast-paced environmental puzzles. We had the opportunity to preview Trine 4 recently and as a long-time fan, I was definitely not disappointed.

What kind of game is Trine 4?

The entirety of the Trine series, the first of which was released in 2014, is built around creative problem solving in a cooperative multiplayer environment. Players choose between three different characters, which have been consistent since the first Trine game: Amadeus the Wizard, Pontius the Knight, and Zoya the Thief. Each of these characters have unique abilities that complement one another.

Amadeus is the magic user and can summon boxes and spheres (the spheres are new to Trine 4) to solve platforming puzzles and get past dangerous terrain, like poisonous flowers. Pontius is the fighter -- he uses his mighty shield to block projectiles, provide a platform for other players to jump on, and can fight using a melee weapon, like a sword. Zoya fills out the ranged attacks with her bow and can use her whip to swing across dangerous terrain. In Trine 4, Zoya can also create tightropes for other players to access previously unreachable areas.

Story mode is three-player co-op, so that each player can direct a different character. It creates a serious level of replayability, as the game is vastly different depending on which character a player chooses to control.

Is it too dark or difficult for small children?

The game's name, Trine 4: The Nightmare Prince, sounds a lot scarier than it is. There are some scary monsters, but no more so than a creeper or enderman in Minecraft (though the enemies in Trine 4 are much prettier). Some children, especially those that may not be familiar with platforming games or how to use their character's abilities, may be frustrated by the difficulty, especially as the game progresses and the puzzles become more and more challenging.

As with any game that's not necessarily built for little ones, it's important to weigh what's appropriate for your child's skill level and what their tolerance is for darker content. I would hesitate to say Trine 4 is definitely appropriate for small children, but it's certainly more appropriate for older kids.

What did you think of the demo? Should I wishlist it?

I liked that this is a return to Trine's illustrious roots -- it feels like a Trine game should. The graphics are stunning, the dialogue is funny and a bit snarky, and the puzzles I experienced were engaging without being frustrating. I won't know more until I get my hands on the game closer to its release, but I'm impressed by what I've seen so far.

Trine 4: The Nightmare Prince will be available on Nintendo Switch, Xbox One, PlayStation 4, and PC this fall. We'll have a full review closer to the game's release.