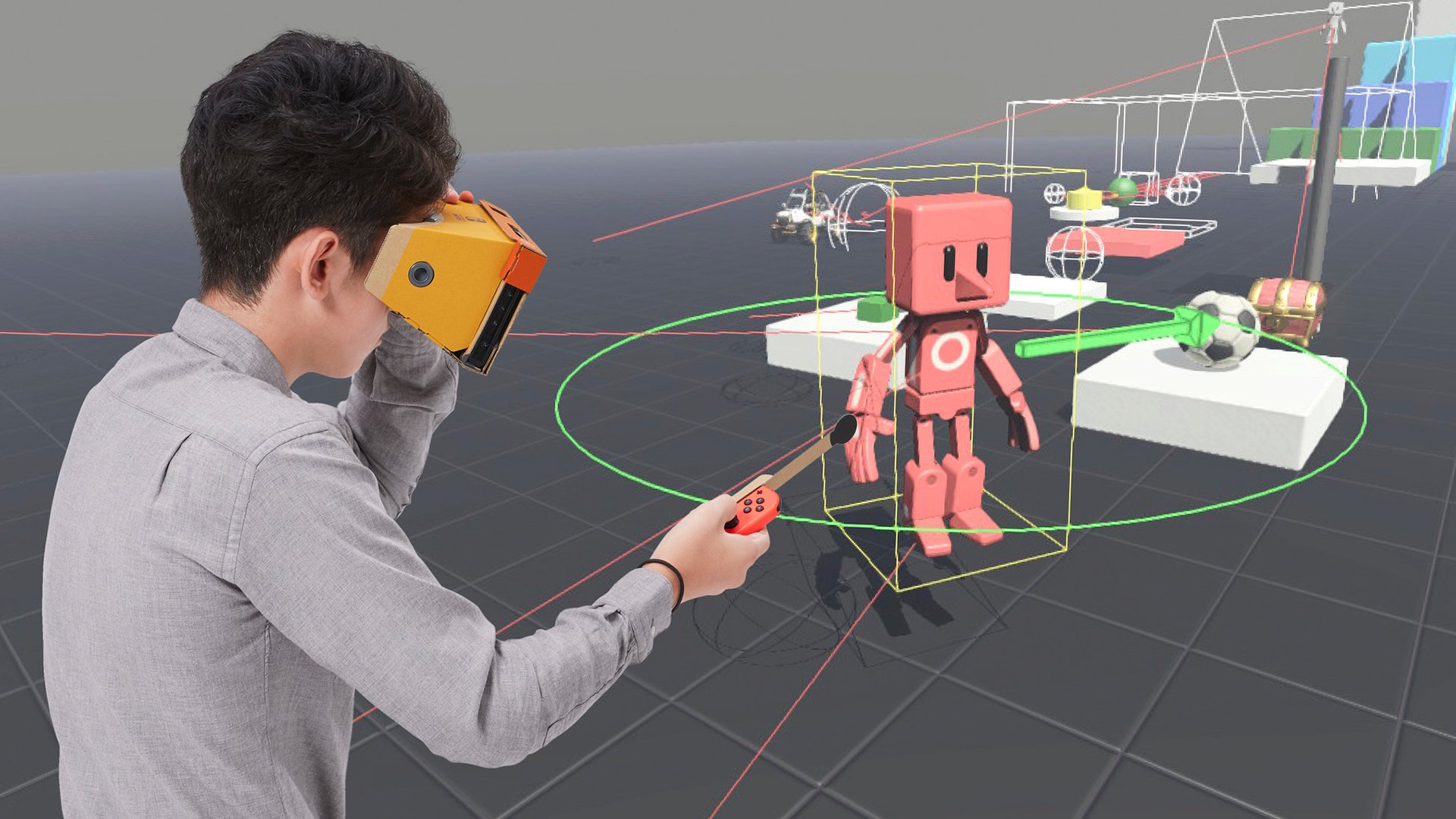 So far, 2019 has been jam-packed with big video game releases, from Kingdom Hearts 3 and Resident Evil 2 in January to Yoshi’s Crafted World in March. While April’s calendar is a bit less packed than those of recent months, there are still some big-name games coming out in April for families to enjoy together, and for adults to enjoy when littles leave the room.

Nintendo Labo: VR Kit is the fourth entry in the Nintendo Labo series (the Variety, Robot, and Vehicle Kits were released in 2018). It lets kids and adults construct six new Toy-Con controllers out of cardboard (a blaster, camera, elephant, bird, wind pedal, and the VR goggles) and then try dozens of different games and experiences in basic virtual reality. Kids can use the camera to take pictures of underwater creatures, shoot aliens with the blaster, and much more. Nintendo said the VR component is only appropriate for kids 7 and up, but parents can turn off the VR feature and let younger players try the kit’s games and experiences in 2D. For more information on Nintendo Labo: VR Kit, check out our list of some of the many games and activities it will include.

My Time at Portia
Rated E10+
Appropriate for: Older kids who are comfortable using console controllers

This life simulation game will allow players to grow crops, take care of animals, craft items, mine for materials, loot dungeons, fight monsters, and interact with Portia’s citizens, all while trying to restore their Pa’s workshop. Players will be able to form friendships with the town’s residents, and even get married, if they’d like.

Mortal Kombat 11 is the latest entry in the popular fighting game series, which has been no stranger to controversy over the years. This new installment is full of over-the-top violence and gore, and has earned an M rating from the ESRB, meaning it contains content that’s been deemed inappropriate for players under 17. The game’s ESRB rating contains content descriptors for “Blood,” “Intense Violence,” and “Strong Language,” and you can see a glimpse of the game’s mature themes in the trailer above.

Try These Games Instead: Soul Calibur VI, Power Rangers: Battle for the Grid

In this action-adventure game, players will become a bounty hunter named Deacon, who must fight for survival in a dangerous post-apocalyptic world filled with enemy creatures called Freakers (humans who were infected with the virus that caused the end of the world), as well as hostile humans and animals. Players will be able to explore a large open world and collect materials that they can use to craft new items, while the game’s combat system will let them deal with threats using a variety of weapons, traps, and more. Days Gone has earned an M rating from the ESRB, with content descriptors for “Blood and Gore,” “Drug Reference,” “Intense Violence,” “Sexual Themes,” and “Strong Language.”

Noteable kid- and teen-friendly titles are in bold.

Borderlands: Game of the Year Edition, PlayStation 4, Xbox One

The friends of Ringo Ishikawa, Switch

We Happy Few: Roger & James in They Came from Below [DLC], PlayStation 4, Xbox One, PC

Yet Another Zombie Defense HD, Switch

The Mystery of Woolley Mountain, Switch

Back to Bed, Switch

Way of the Passive Fist, Switch

My Time At Portia, Switch, PlayStation 4, Xbox One

Eternity: The Last Unicorn, Xbox One

A Chair In a Room: Greenwater, PlayStation VR

Shadow of the Tomb Raider: The Path Home [DLC], PlayStation 4, Xbox One, PC