Play This, Not That: The Division 2 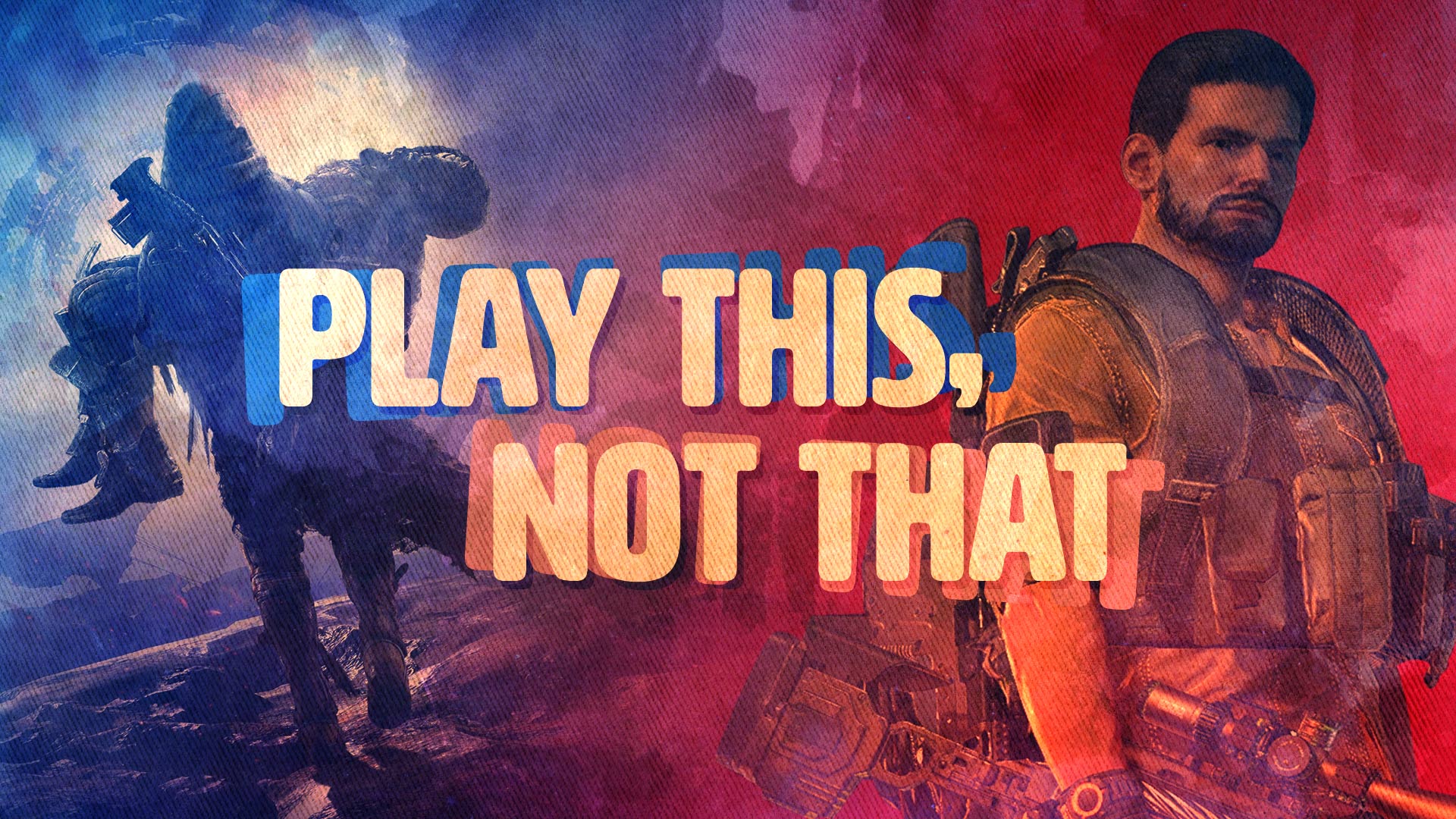 Tom Clancy’s The Division 2 (or The Division 2, for short) is a squad-based third-person shooter that’s hitting consoles and PC on March 15, 2019. The game takes players to Washington D.C, where they’ll become a Division agent, challenged with protecting the city from falling into enemy hands.

In The Division 2, players can work on their own or with friends to complete missions, collect loot, and save the city before it’s too late.

The Division 2 has earned an M rating from the ESRB, meaning that it contains content that’s been deemed inappropriate for anyone under 17. The game has Content Descriptors for “Blood,” “Drug Reference,” “Intense Violence,” and “Strong Language.”

If your teens have expressed an interest in The Division 2, here are some teen-friendly alternatives that contain many of the same gameplay features, without such adult content.

Before we begin though, here’s something to keep in mind. Many of the games in our list allow users to play with both friends and strangers, as well as chat with them in real time. Online interactions aren’t rated by the ESRB, and there’s always the chance players will hear foul language and other adult content while chatting. Check out our guide for tips on how to keep your kids safe in online games.

Squad-based gameplay? Check. An unlimited supply of loot to collect? Double check. At its core, Destiny 2 has many of the same basic gameplay features as The Division 2, but it’s only T rated, meaning it’s appropriate for teens. Arguably the biggest difference between the two games is the overall setting and theme. Where The Division 2 takes players to a real city with recognizable landmarks, Destiny 2 is sci-fi, and lets players go on an epic journey to multiple planets across the in-game universe.

Similar to Destiny 2, Anthem is a “looter shooter” that lets players team up with friends and strangers to complete missions in a sci-fi setting while collecting tons of gear and other loot to make their character stronger over time. However, Anthem kicks the player’s fire power up a notch. In addition to providing them with an arsenal of traditional weapons (like guns), Anthem lets players run around in powerful suits called javelins, which give them special abilities, such as the ability to fly and swim underwater. Each javelin is best suited to a particular play style, and players can customize their javelins over time to really make them their own.

Sea of Thieves
Rated T for Teen
Available On: Xbox One, PC

Arr, matey! Sea of Thieves is a multiplayer action-adventure game that lets players sail the open seas as a pirate on the search for treasure. The game mixes traditional land-based combat with grand naval battles to create an epic adventure for players to take on with friends and strangers alike. Like other games in our list, there’s a big focus on collecting treasures (loot) while playing. However, where loot in games like Anthem and Destiny 2 may be used to make the player’s character stronger, treasures in Sea of Thieves can be sold, giving players gold and a boost to their in-game reputation.

Apex Legends is a recently released battle royale game that’s similar to Fortnite. It throws 60 players into each match and challenges players to work together with two other players to survive until the end. During each match, players can collect a variety of loot items, such as weapons and armor. In between matches, they can collect cosmetic items that let them customize their characters. Just like Fortnite, Apex Legends is free-to-play, so your teens can try it now without any monetary investment. The game is supported via optional in-app purchases. For instance, players can purchase Apex Packs, which contain cosmetic items and “crafting currency.” It’s worth pointing out that all of the game’s in-app purchases relate to cosmetic items and other secondary features -- players can’t purchase a “gameplay advantage” by spending real money.

As its name might suggest, Monster Hunter: World lets players become a monster hunter, challenged with taking down (sometimes massive) beasts in order to earn a variety of in-game rewards, including materials that they can use to create better weapons and armor for their character. Players can hunt monsters on their own, or with up to three others online. And, of course, there's the Meowster Chef. Who doesn't like muscular cats to prep their meals before going on a hunt?