Play This, Not That: Devil May Cry 5 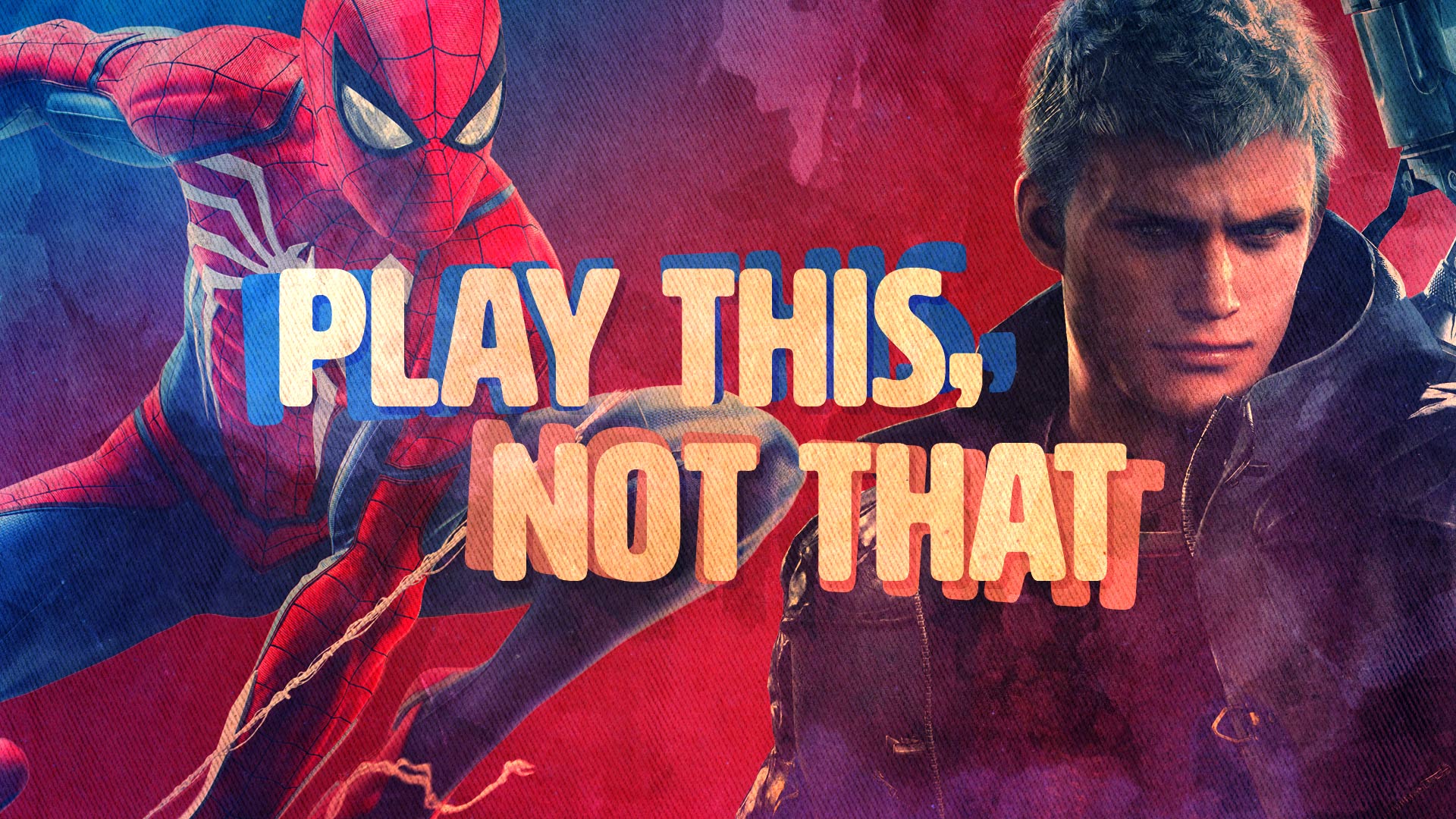 Devil May Cry 5 is the latest installment in the long-running action-adventure series that began with the original Devil May Cry on PlayStation 2 in 2001. This newest game challenges players to defeat demons in fast-paced combat that’s full of blood and adult themes.

The game has earned an M rating from the ESRB, meaning its content has been deemed inappropriate for kids and young teens. It contains Content Descriptors for “Blood,” “Partial Nudity,” “Strong Language,” and “Violence."

If your kids or teens are interested in playing Devil May Cry 5, here are a handful of alternatives that touch on some of the same themes and gameplay elements found in that game, but come without the mature content.

While demon hunting and crime fighting might not immediately sound compatible, Marvel’s Spider-Man has similar gameplay features to what players can find in the Devil May Cry franchise. For instance, players need to help Spider-Man take down multiple enemies at once, and they’ll upgrade his abilities over time to become a stronger hero. Add in a large open world and an engaging storyline and you’ve got one one 2018’s best games on the PS4, even if we’re not comparing it to Devil May Cry.

The two games in this collection -- Batman: Arkham Asylum and Batman: Arkham City -- fall under the “oldies but goodies” category, since they were both originally released during the last console generation (PlayStation 3, Xbox 360). However, the Return to Arkham bundle brings them both to modern consoles for players who want to revisit this dark world starring DC Comics characters (or travel there for the first time). Both games follow Batman on his quest to take down Arkham’s criminals, such as Joker, Mr. Freeze, and Penguin. Similar to Marvel’s Spider-Man, the games ask players to help Batman take down multiple enemies that appear in groups, and they can upgrade Batman’s abilities as they progress. However, where Spider-Man’s story is a bit more light, Batman’s is dark and gritty, which is a more fitting match for Devil May Cry 5.

Fire Emblem Warriors is an action role-playing game that lets players take down large groups of enemies in hack-n-slash combat set in a fantasy world. (Generally speaking, this combat style focuses more on bashing buttons as quickly as possible, as opposed to intricate combo memorization and strategy.) The game does toss in some strategic elements though, such as the ability to team up two hero characters to perform powerful combos during battle. Finally, the game supports any Fire Emblem amiibo figures your family may own.

Kingdom Hearts 3
Rated E10+ for Everyone 10+
Available on: PlayStation 4, Xbox One

Even though Kingdom Hearts 3 is the third main installment in the Kingdom Hearts series (though not the third game ever -- there are tons of side games to play, too), newcomers to the franchise can still come into this one and have a ton of fun. Players become a young boy named Sora, who teams up with Donald Duck and Goofy to take down enemies as they travel through different worlds, many of which are based on Disney and Pixar films. The fast-paced combat gives players lots of different ways to take down enemies (melee and magic attacks, combo moves, etc.), but players aren’t required to use them all. If your little one is more inclined to bash the attack button until everything’s gone, that’s a perfectly valid strategy. Since Kingdom Hearts 3 is part of a series, we recommend watching some refresher videos on YouTube to get up to speed with the complicated story before diving into 3. To learn even more about Kingdom Hearts 3, check out our review.

The Final Fantasy series offers some of the best role-playing games around, many of which feature turn-based combat that lets players strategically plan their every attack before setting things into motion. However, Final Fantasy XV is one of the exceptions to that standard. It features real-time combat, which lets players unleash a variety of melee attacks and special abilities to take down enemies. The game follows a young man named Noctis, who is accompanied by three companions on his adventure across the in-game world. Even though the combat system may be different from other games in the franchise, this is still a Final Fantasy game at its core, and it contains some complex systems (related to things like leveling up and ability points) that younger players may have trouble understanding without help.