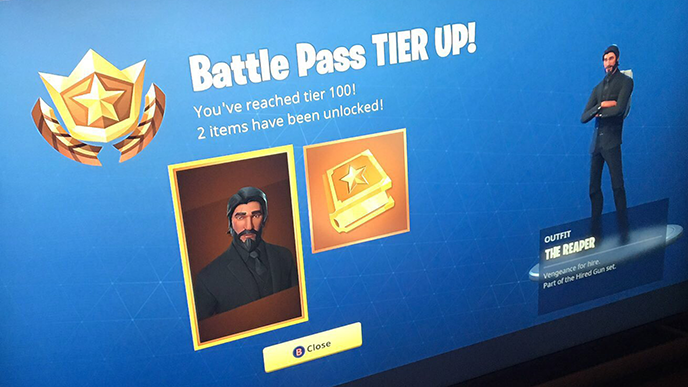 Is Fortnite a big waste of time? That may be one opinion about the world’s most popular game. In recent weeks, other parties have been voicing their support for the game -- saying it teaches kids how to socialize, can teach spatial skills required in advanced mathematics and engineering, and be a way to make money, as in the case of this 13-year-old.

Another positive to playing Fortnite? Teens teaming up to help each other to complete a common goal, as is the case with 18-year-old Alec Malcolm who enlisted a friend to help him earn a rare Fortnite item.

Malcolm was trying to earn the coveted John Wick-inspired skin, called The Reaper, from Fortnite’s Season 3. With little time left to earn the skin (each in-game season is only around for a limited time), Malcolm -- who was suffering from a concussion -- had his Xbox One confiscated by his parents, who thought his health was more important than securing the in-game costume. Malcolm shared his disappointment on Twitter.

The World needs more of this pic.twitter.com/bwYzWkcX4Q

His friend, TJ Kenny -- whom he knows from years of playing basketball together -- came to the rescue, offering to log into Malcolm’s Fortnite account and complete the final challenge Malcolm needed to earn the John Wick skin.

While there’s plenty of cautionary tales about sharing your account logins -- this story has a happy ending. Kenny unlocked the John Wick skin for Malcolm at the very last minute.

The lesson? Games like Fortnite may have more redeeming value than you think. Malcolm’s story is not only a great example of how games helped these teens work together, but also a reminder for parents: If your kid really wants to do something, they’ll find a way to do it.