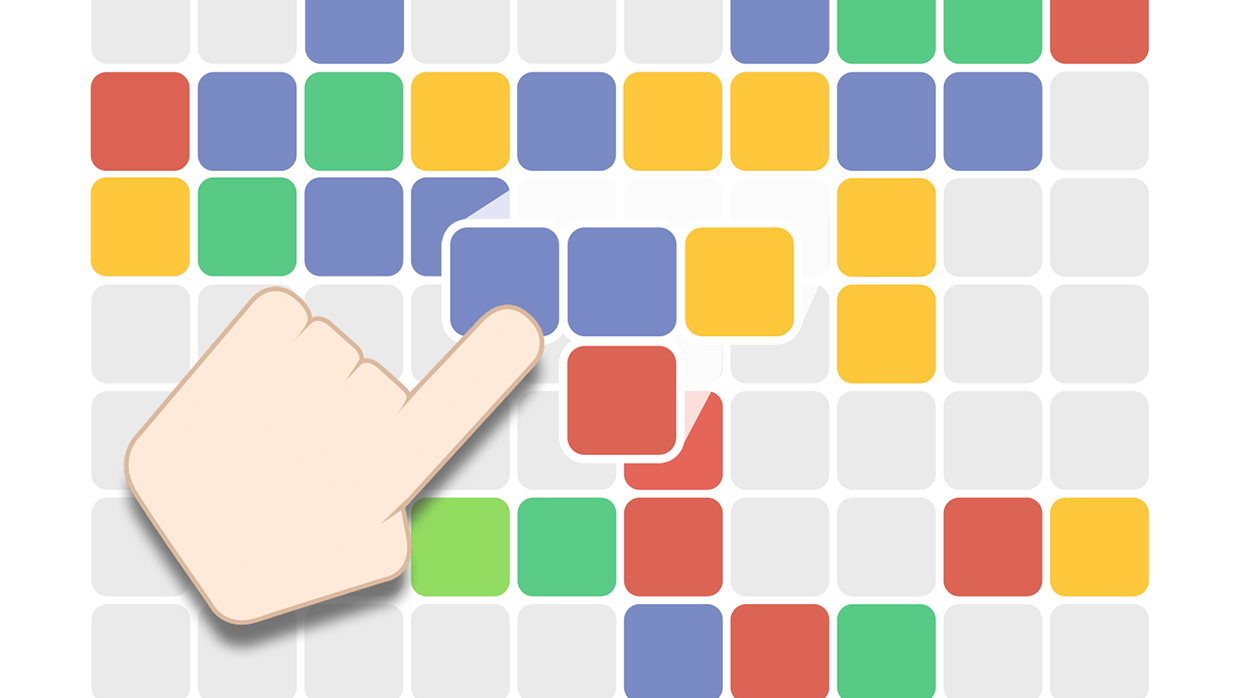 1010! Color is a mobile puzzle game that challenges players to earn a high score by making matches with colorful blocks on a grid.

In each game, players are given pieces of various shapes, each comprised of one of more colorful blocks (they’re similar in appearance to the Tetromino blocks in a game of Tetris). Players will need to drag these pieces to a 10x10 grid and place them so that three or more blocks of the same color touch and disappear.

1010! Color is the follow-up to the original 1010! While the general gameplay is the same in both games -- that is, players drag pieces of various shapes and sizes to a grid -- 1010! Color is arguably a more challenging experience. The pieces players receive in the original 1010! are made of solid colors, and players are simply asked to create entire rows or columns on the board so that they disappear. In 1010! Color, the addition of multicolored pieces means players won’t be able to clear as much of the board in a single move, and they may be left with isolated pieces scattered all over the board as they make matches. In other words, the original game is more organized, while 1010! Color is a bit more random.

Still, we love the potential both games have as casual teaching tools for younger players. Players need to think a few steps ahead before placing a single piece on the board (“What will the board look like when I place this piece here? Would it be better to place it over there?”). Since there is no hard and fast goal to achieve in either game, the only thing kids (and adults) have to worry about is beating their high score.

1010! Color is available to download for free on iOS and Android devices. The game is rated E for Everyone. The game contains advertisements that appear as banner ads at the top or bottom of the screen. Full-screen advertisements will also appear automatically in between games. Users can purchase an upgrade that removes advertisements permanently for $4.99. The game can also be played offline, which prevents ads from appearing without spending money.

Finally, it’s worth pointing out that 1010! Color lacks a traditional tutorial, so younger players may need help understanding the rules as they first begin.

Check out four minutes of gameplay from 1010! Color in our SuperParent First Look below to see if this is a game your family would enjoy.